Since last year, Gaon Chart has implemented a certification system for album sales, song downloads, and online streaming. A platinum certification is awarded to an album that sells over 250,000 sales, and a song that reaches 100 million streams or 2.5 million downloads.

On September 12, Gaon Chart announced that NCT Dream’s third mini album “We Boom” and EXO-SC’s first mini album “What a life” had earned their platinum certifications. Kang Daniel’s special album “Color On Me” and EXO’s Baekhyun’s first mini album “City Lights” both reached double platinum status, meaning that they sold over 500,000 copies each. 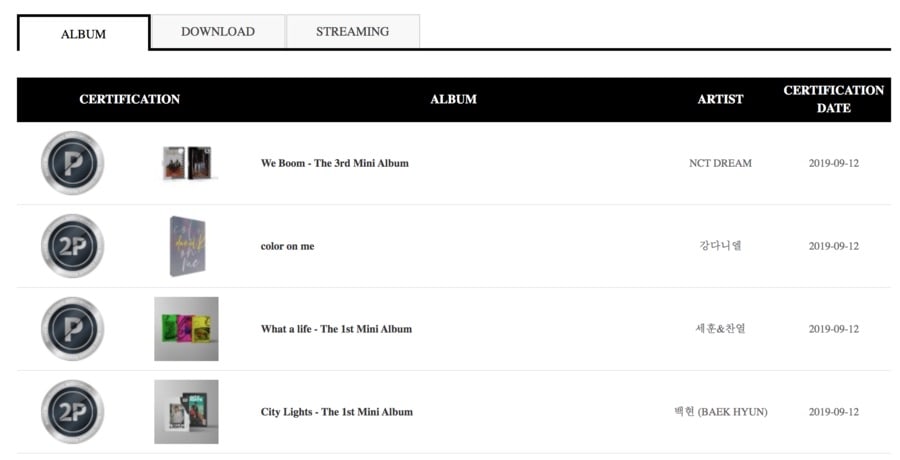 For downloads, three female artists were highlighted for their achievements. IU’s “BBIBBI,” TWICE’s “Dance The Night Away,” and Ben’s “Love, ing” were all certified platinum. This means that each song has been downloaded over 2.5 million times.

Finally in streaming, four artists have been certified. Chungha’s “Gotta Go,” Kassy’s “That Day Was Beautiful,” Haeun’s “Shin Yong Jae,” and Anne-Marie’s “2002” all received platinum certifications. This meant that each song has been streamed over 100 million times. 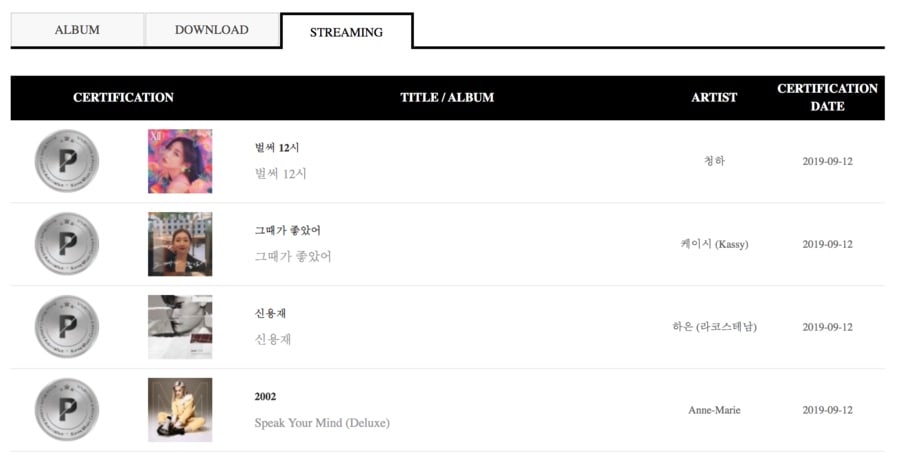 Congratulations to all artists for the amazing achievements!