During the show, host Jun Hyun Moo asked the members if they want to work in fields other than the idol industry.

Kim Yo Han said, “Of course I need to focus on X1 right now, but —” When he paused, Jun Hyun Moo jumped in to say, “You want to be an actor, right?”

Kim Yo Han looked surprised and said, “Yes, later on.” Jun Hyun Moo commented that Kim Yo Han looks like a leading actor in a weekend drama. “It’s the kind of face that mothers love,” he said. 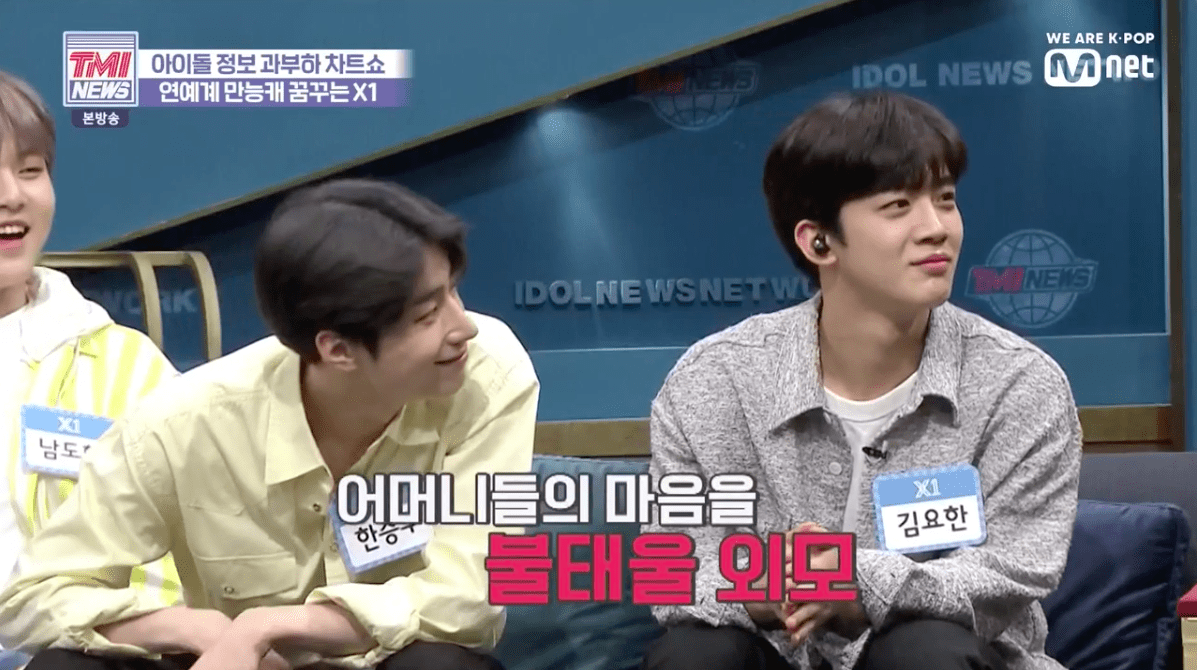 Jang Do Yeon mentioned that Kim Yo Han is also good at sports, and so Jun Hyun Moo said he could try an action project too.

Kim Yo Han is a former taekwondo athlete who decided to follow his dreams of being an idol by competing on the Mnet survival show “Produce X 101” after only three months of training. He quickly soared to fame and was chosen as the No. 1 contestant on the show, earning him a spot in the project group X1 that debuted on August 27.

Following promotions of their debut track “Flash,” X1 is currently on a break for the Chuseok holiday.

TMI News
Kim Yo Han
X1
How does this article make you feel?