tvN’s Chuseok special “V-1” is set to premiere today to see who the best girl group vocalist is.

“V-1” is a vocal survival show that seeks to find the best vocalist amongst active girl groups in Korea. The journey began in July and after contestants submitted audition videos, people voted on which 12 idols would move on to the main competition. With the 12 chosen contestants to show what they’re made of in the upcoming battle, here are three things to watch for to better enjoy the show.

From main vocalists who are already known for their talents to hidden gems who are ready to blow people away, 12 idols have gathered to take on the title of “Vocal Queen.” Of 86 idols who applied for the show, GWSN’s Seoryeong, gugudan’s Nayoung, DIA’s Jueun, DreamCatcher’s Siyeon, Venus’s Jeong Da Kyung, SONAMOO’s High.D, APRIL’s Jinsol, WJSN’s Yeonjung, Weki Meki’s Sooyeon and Choi Yoojung, and Cherry Bullet’s Hayeoon and Bora will advance to the main competition. Putting everything on the line, they are full of determination to win as they put their talents to the test. 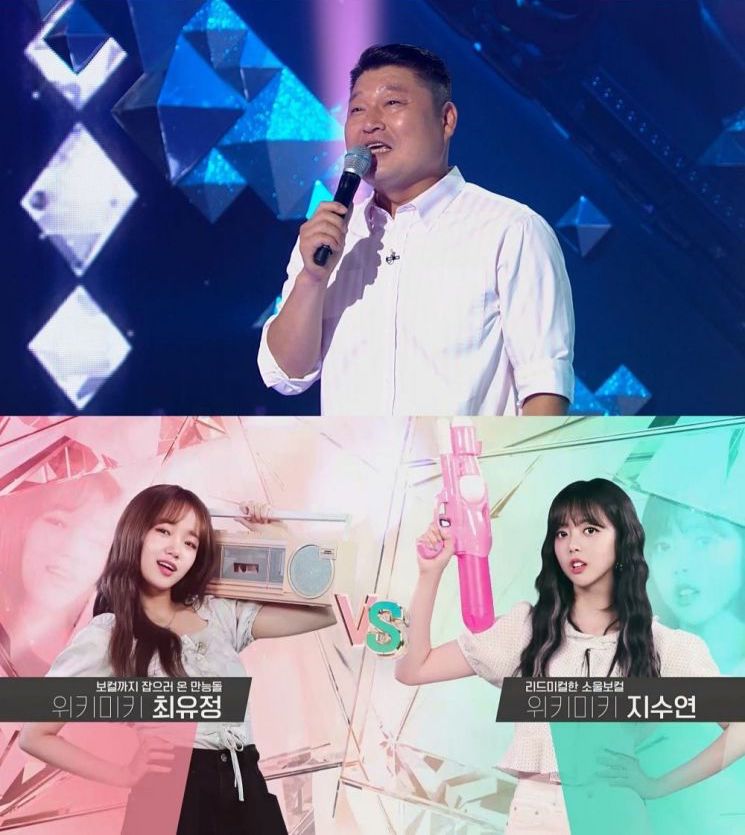 Battle between teammates? Competition that increases tension by 100-fold!

In the show, the 12 contestants will split into two teams of six and go into a one-on-one battle. As revealed ahead of the show, Weki Meki’s Choi Yoojung and Sooyeon will face off against each other, while APRIL’s youngest member Jinsol will go up against Venus’s Jeong Da Kyung, who was just one day into her girl group debut during the first recording. There will be a “RE-vival” between idols who have appeared on survival programs before, as well as new rivalries. The unexpected match-ups are set to be something to watch for in the show.

Who is the NO.1 girl group vocalist? Explosive vocal big match!

“V-1” brings together “V” from “Vocalist” and “1” from “No.1,” in the hopes to find the best vocalist amongst the top 12 contestants. When voting was going on for the video submissions, all of the contestants were so talented that rankings were moving every day, and the main competition is set to be fiercer than ever.

Producing director (PD) Kim Kwan Tae said, “In groups, idols only get a brief moment to showcase their charms, and we have put in a lot of preparations so the 12 finalists can fill the stage with their voices. From the stage to outfits and song selection, a lot of care has gone into create the perfect performance, and the contestants will show what they’re made of.”

V-1
How does this article make you feel?