Part 3 of tvN’s “Arthdal Chronicles” continues to promise a rollercoaster ride for its lead characters!

In stills for the upcoming Episode 15, Song Joong Ki (Eun Seom) and Kim Sung Cheol (Ipsaeng) have been captured and tied up by the river. At the end of last week’s episode, the two characters found themselves in the middle of territory controlled by the Ago Tribe.

Since it hasn’t been that long since Eun Seom and Ipsaeng escaped from the mines where they were enslaved, viewers are curious to see how they deal with their new imprisonment. Adding to the problem is Ipsaeng’s complicated connection to the Ago Tribe, of which he was once a part. 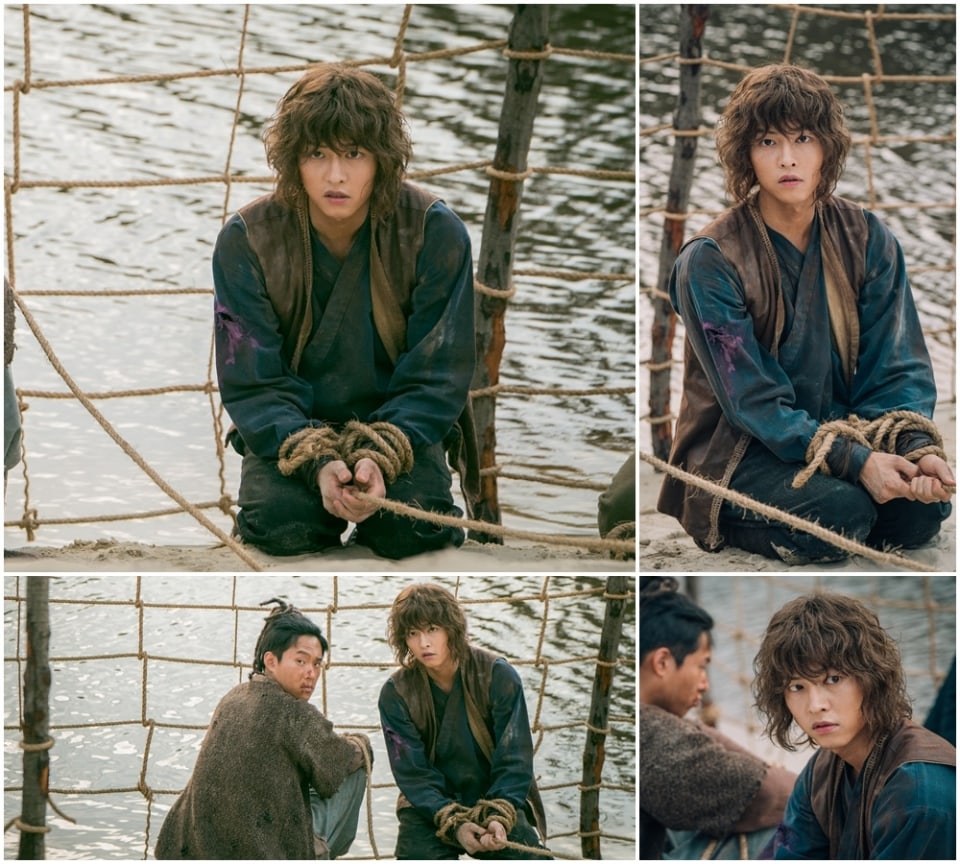 The production staff said, “Song Joong Ki and Kim Sung Cheol went to Brunei to film their scenes with the Ago Tribe. Despite the heat, they poured their heart and soul into their acting. Because of their acting skills, we were able to create a more exciting and vivid scene.”

While imprisonment is a familiar danger for Eun Seom, a character who is always on the run from the powerful forces in Arthdal, Jang Dong Gun (Ta Gon) faces a new danger in his own stills. Drenched in blood, he holds Kim Ok Bin (Taealha) close in his arms. The red blood indicates that Ta Gon himself is unharmed (Ta Gon bleeds purple due to his heritage).

Regardless of his personal danger, however, this represents a new step that Ta Gon has taken. Although he has always been a dangerous political opponent, manipulating people’s hearts and minds, he has rarely resorted to actual physical violence against the people of the Arthdal Union. 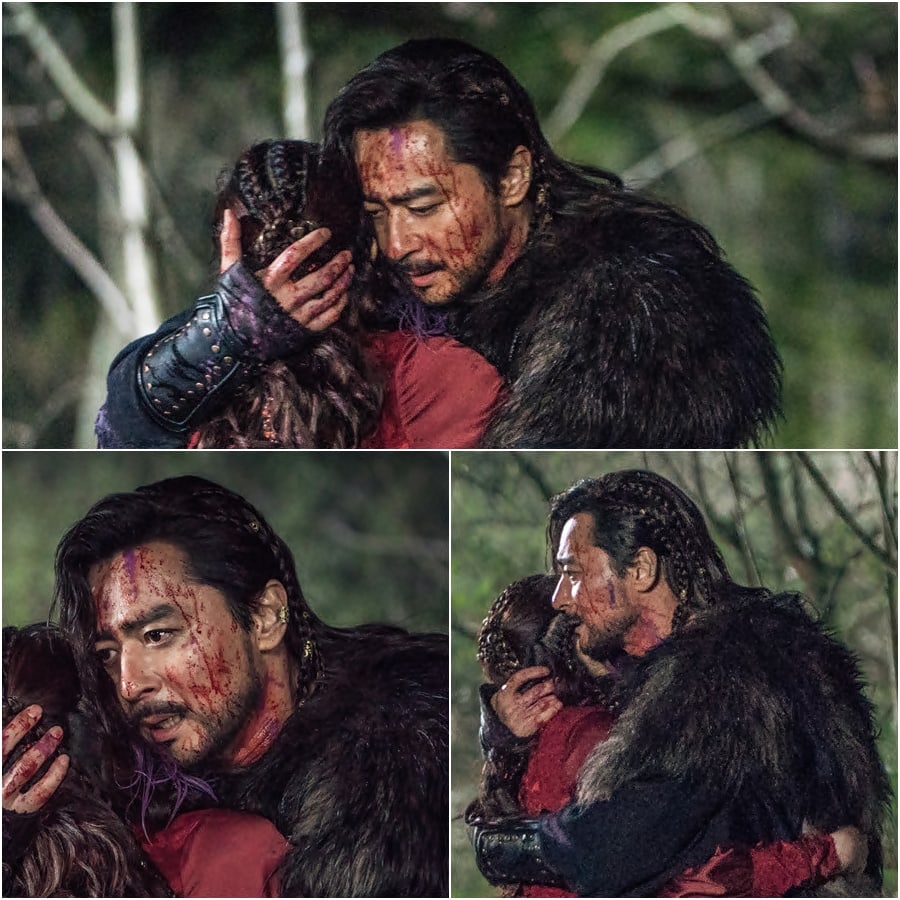 The production staff stated, “Ta Gon has previously relied on his cleverness to get through his problems, but he changes beyond imagination in a short amount of time when the secret of his heritage is revealed. Please look forward to seeing the change in him and Taealha, who control the political power in Arthdal.”