This upcoming SBS drama is a thriller about the struggles between strong women and their battle for power, revenge, and survival.

In the drama, Kim Jae Young portrays Yoon Sun Woo, the lawyer of Jenny Jang’s (played by Kim Sun Ah) J Boutique. He has a pure heart and will do anything for Jenny Jang, who is his “older sister” from the orphanage. Despite his usual cool-headedness and cold demeanor, he becomes weakhearted in front of Jenny Jang.

In the pictured scene, Yoon Sun Woo has just stepped out of the shower and looks devastated as he sits on the edge of his sofa before bursting into tears and collapsing on the couch. 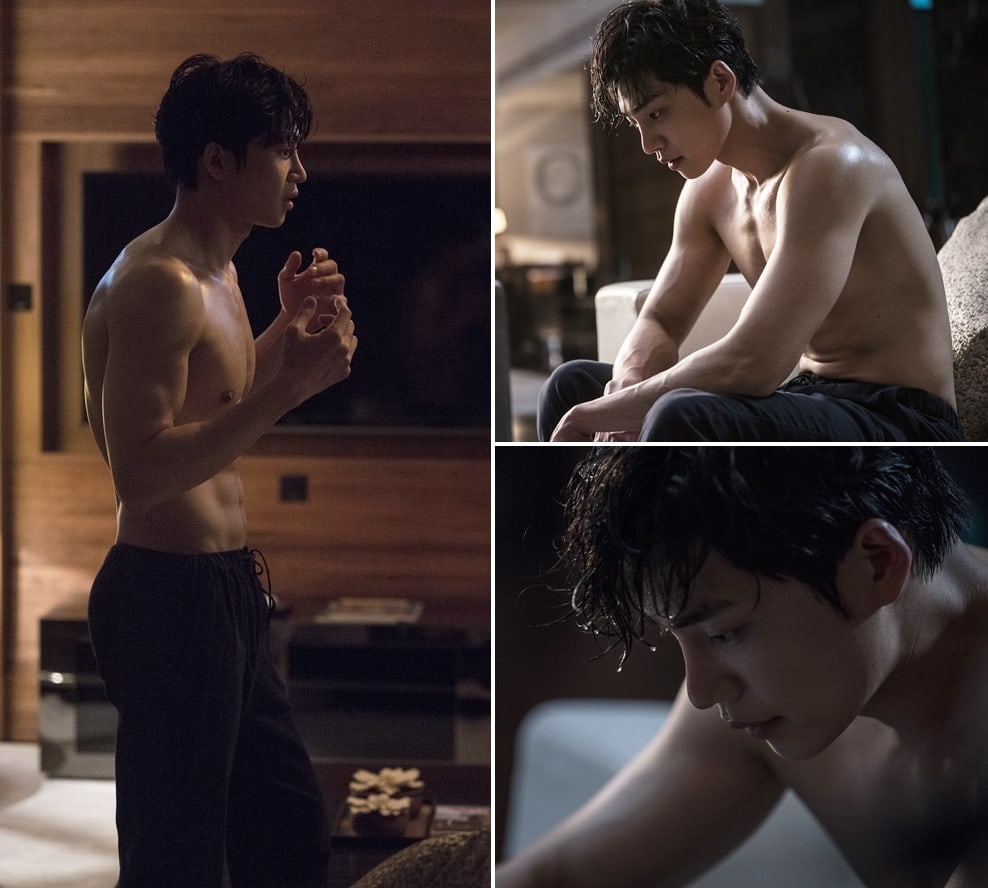 A source from the drama said, “Kim Jae Young looked shy and embarrassed when he stepped onto the set for the shirtless scene that showed off his manliness. A few days before the shoot, he made an effort to concentrate on upper body exercises and did push-ups in between takes. He showed incredible passion in order to complete this high-quality scene. The scene captured never-before-seen charms of Kim Jae Young and garnered positive responses on set.”

“Secret Boutique” premieres on September 18 at 10 p.m. KST as the follow-up to “Doctor Detective,” and will be available on Viki. Check out the latest teaser here.

Kim Jae Young
Secret Boutique
How does this article make you feel?