“Vagabond” is a new espionage action thriller about a stuntman named Cha Dal Gun (played by Lee Seung Gi). Although he initially dreams of becoming an action movie star and looks up to Jackie Chan as his role model, the fearless Cha Dal Gun bravely embarks on a quest to uncover the hidden truth behind a mysterious plane crash after the loss of his beloved nephew. In the process, he stumbles upon a massive corruption scandal, which he ends up investigating together with National Intelligence Service (NIS) secret agent Go Hae Ri (played by Suzy).

On September 15, the upcoming drama released new stills of Lee Seung Gi in character as the reckless and daring Cha Dal Gun. Sporting an ash-blond mullet and glistening with sweat, Cha Dal Gun stops by an orphanage to check in on his nephew Hooni, where he looks noticeably unhappy as he chats with one of the nuns about the young boy. Meanwhile, Hooni stares at the ground while sitting in a crouched position to avoid the gaze of his angry uncle, piquing viewers’ curiosity about what he did to make Cha Dal Gun so upset. 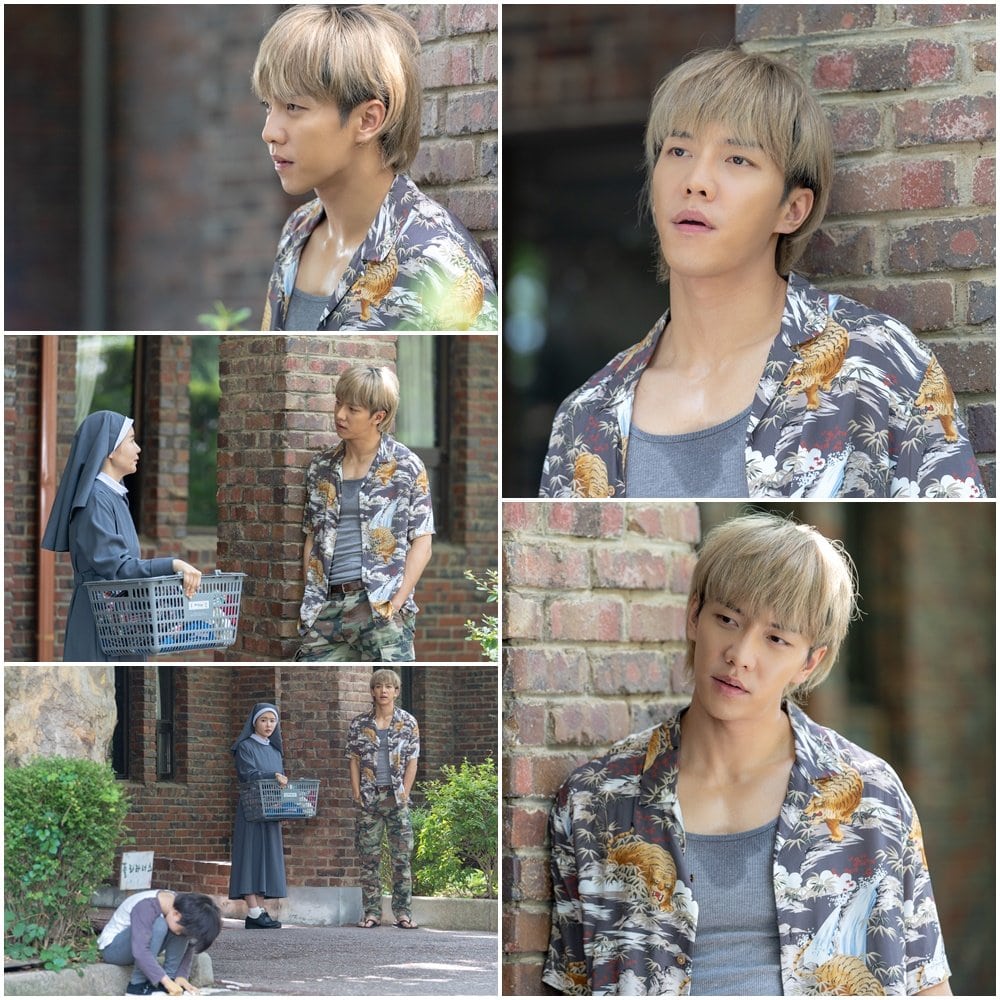 While filming the orphanage scene at a school in Ilsan, Lee Seung Gi is said to have taken especially good care of child actor Jung Hyun Joon, who plays his nephew in the drama. According to those present on set, Lee Seung Gi kept checking on the young actor to make sure that he wasn’t tired, and he also made an effort to build a comfortable, friendly dynamic with his on-screen nephew by chatting with him and getting to know him better.

The producers of “Vagabond” also recalled, “Lee Seung Gi’s drastic hairstyle transformation caused the filming set to erupt into a sea of laughter.”

“Vagabond” will premiere on September 20 at 10 p.m. KST. In the meantime, check out the latest preview for the drama here!