tvN’s upcoming romantic comedy “Melting Me Softly” has shared an intriguing relationship chart of its main and supporting characters!

The drama will tell the story of Ma Dong Chan (Ji Chang Wook) and Go Mi Ran (Won Jin Ah), two volunteers who participate in a project where they’re to be frozen for 24 hours. But due to a mysterious scheme, they end up waking up 20 years later. As a side effect of the 20-year freeze, the two must maintain a core body temperature below 33 degrees Celsius (approximately 91.4 degrees Fahrenheit) to survive.

On September 15, tvN released a chart that explains relationships of Ma Dong Chan and Go Mi Ran from 1999, before they became subjects of the life-changing freezing project. 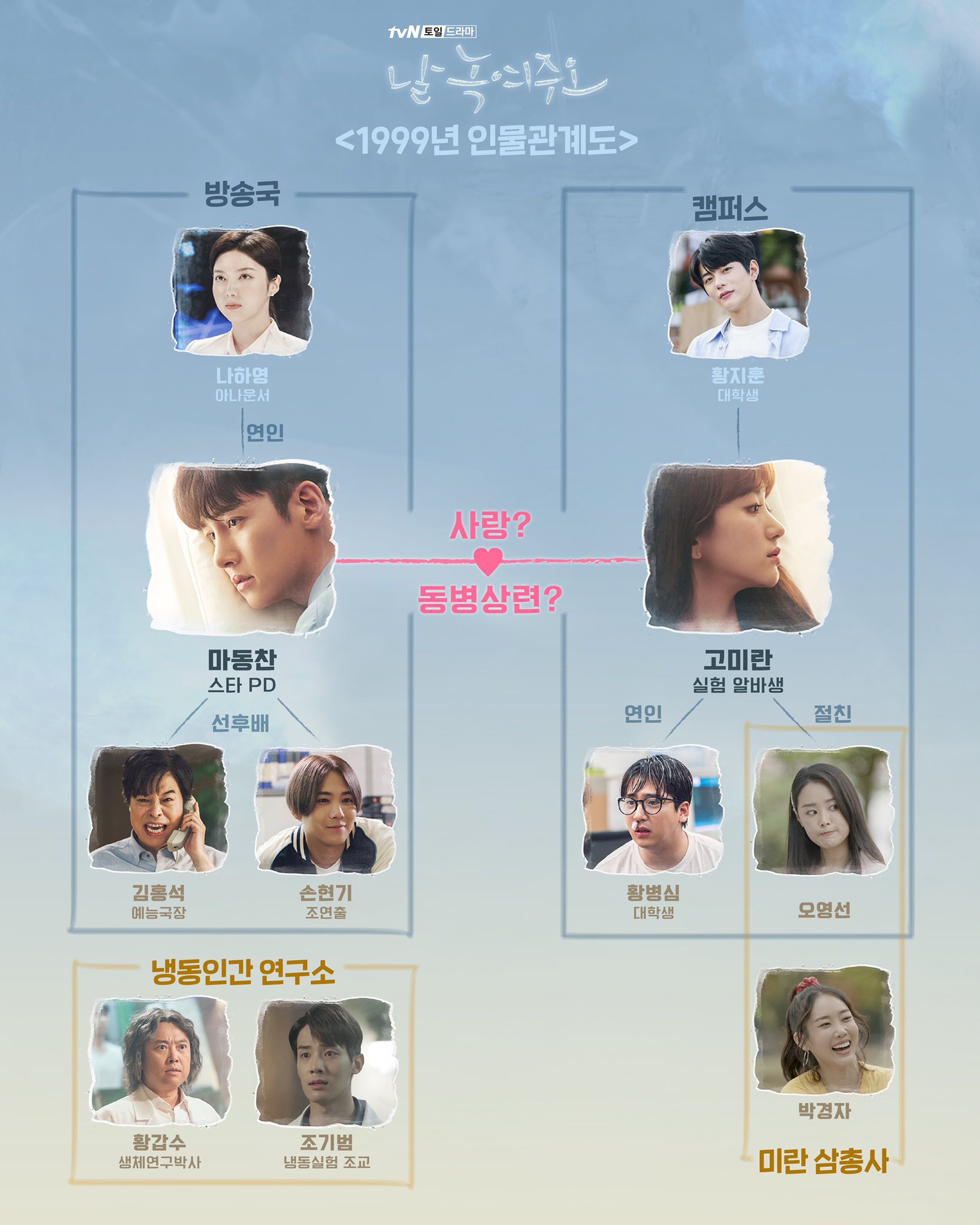 Meanwhile, Go Mi Ran was a part-time employee at a broadcasting station before she decided to participate in the project. She was dating a college student named Hwang Byung Shim (B1A4’s Baro), and her close friends were Oh Young Sun and Park Kyung Ja (Oh Ha Nee). 20 years later, when she returns to college, she encounters a student named Hwang Ji Hoon (Golden Child’s Bomin), who is the son of her friend Oh Young Sun and her ex-boyfriend Hwang Byung Shim.

“Melting Me Softly” will premiere on September 28 at 9 p.m. KST and will be available on Viki with English subtitles.

Check out a behind-the-scenes video from the drama’s script reading below:

Melting Me Softly
How does this article make you feel?