Part 3 of tvN’s “Arthdal Chronicles” will be bringing together the four main characters for a meeting that will bring big changes.

“Arthdal Chronicles” has shared new stills of Tanya (played by Kim Ji Won), Ta Gon (played by Jang Dong Gun), Taelha (played by Kim Ok Bin), and Saya (Song Joong Ki) gathering for a meeting. While Taelha smiles and approaches Tanya to strike up a conversation, Tanya has an emotional outburst of sorrow and rage. Saya is watching over Tanya with worry and tension in his eyes, while Ta Gon nonchalantly steps closer to Tanya. Though he appears calm on the outside, his eyes are sharp as he gazes at Tanya.

This is the first time the quartet are meeting since Ta Gon changed and began his tyrannical rule. It remains to be seen whether they all side with him and bring changes to who wields power in Arthdal. 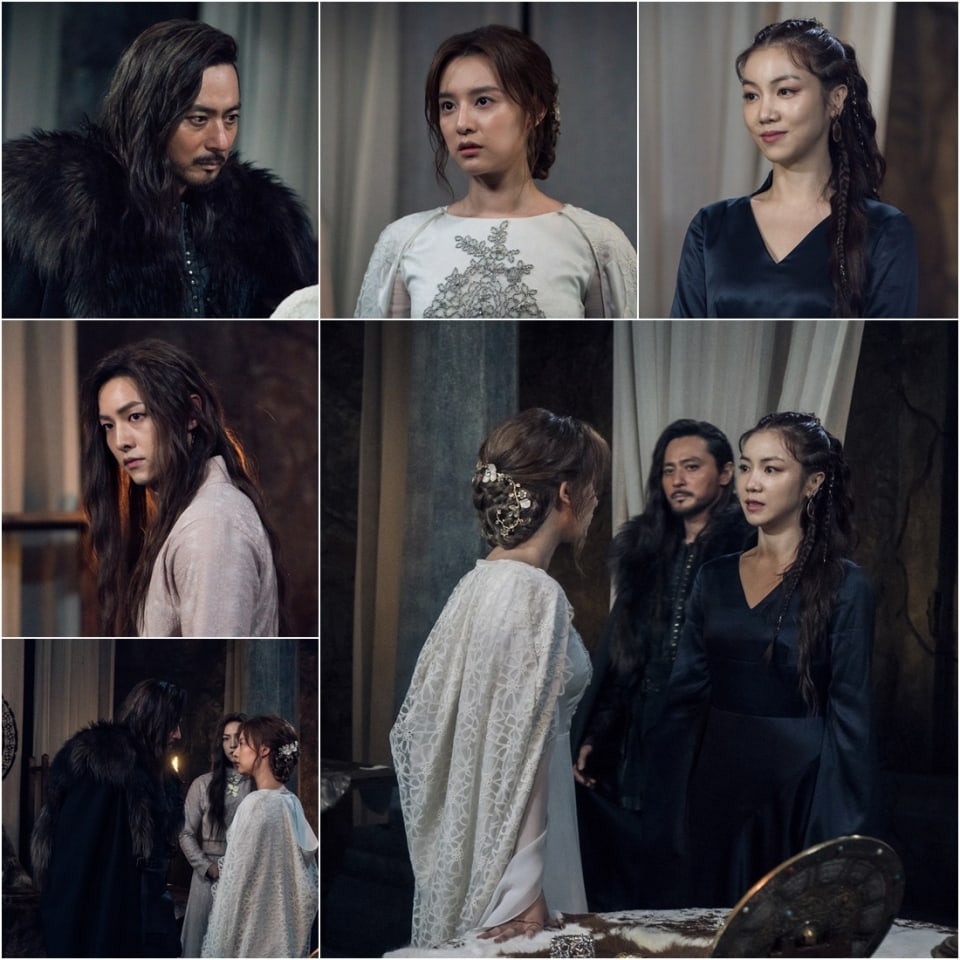 Jang Dong Gun, Song Joong Ki, Kim Ji Won, and Kim Ok Bin knew that as their characters don’t meet often, having them in space was an important, They shared a variety of different opinions on how to make the perfect scene, including where they should be standing at any moment. As the quartet have built close friendships throughout their filming, they are said to have shared fun conversations and filled the set with laughter whenever cameras weren’t rolling.

The staff shared, “Changes in Jang Dong Gun’s character is bringing the series to its climax. He captivated everyone on set as his gaze and expressions changed as though he’s swallowed all the darkness around him. Please keep watching to see where Ta Gon is headed.”

The upcoming episode of “Arthdal Chronicles” will on September 15 at 9 p.m. KST.