tvN’s “Iceland in Three Meals” has revealed three posters ahead of its premiere!

In an episode of “New Journey to the West 6” last year, Eun Ji Won and Lee Soo Geun won a trip to see the Northern Lights in Iceland during a random prize draw. Near the end of “Kang’s Kitchen 3,” the cast got together and discussed the trip Lee Soo Geun and Eun Ji Won had won. WINNER’s Song Mino and Eun Ji Won competed to see who could name the capital city of Iceland, and when Eun Ji Won failed, it was decided that the pair would really be going to Iceland.

On September 16, tvN released three posters for the upcoming program and raised further anticipation. In the first poster, Lee Soo Geun is dressed in an outfit that reminds viewers of Daenerys Targaryen from the popular TV series “Game of Thrones” as he runs away from a person dressed in a dinosaur costume while shouting, “Oh my son!” 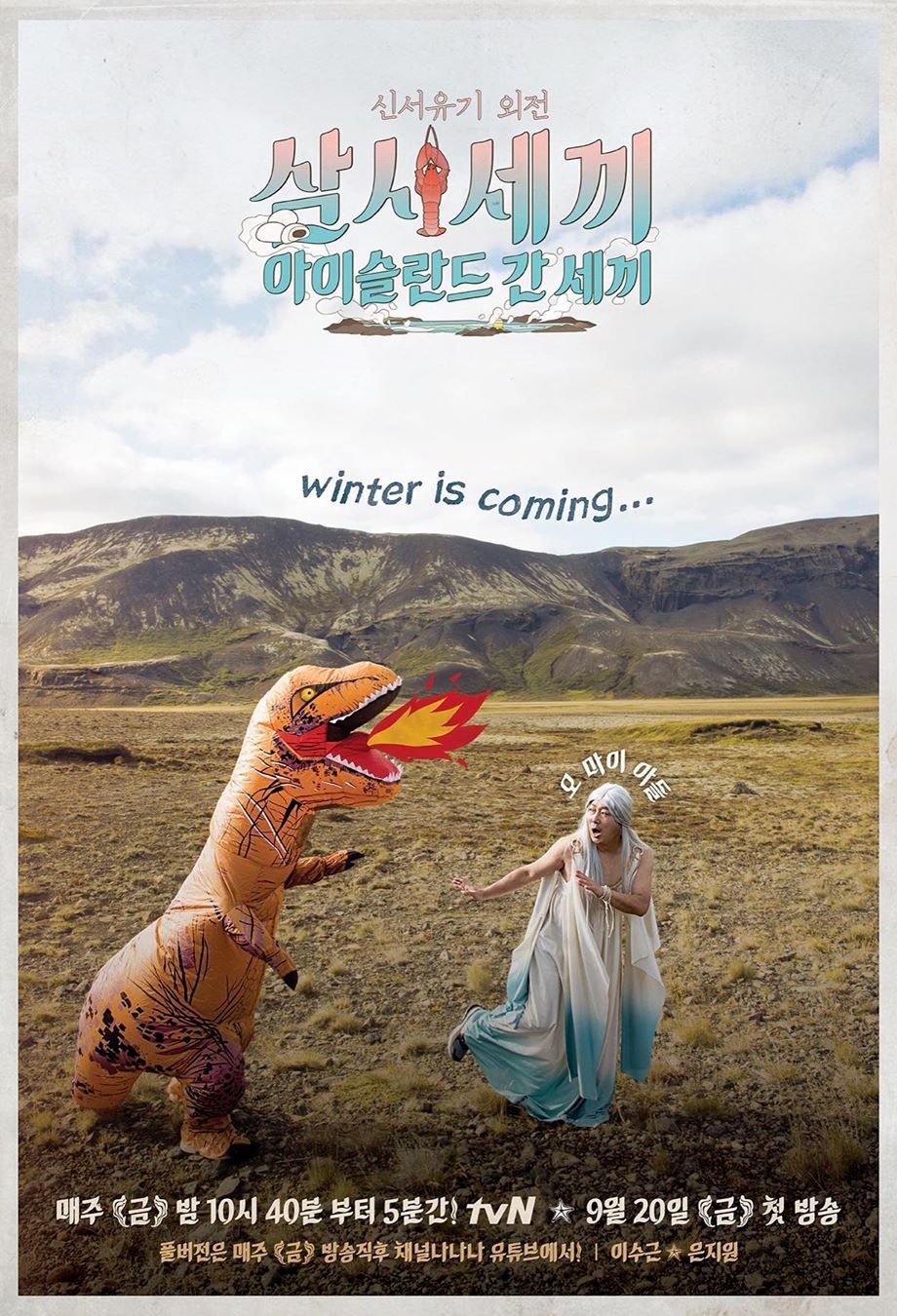 The second poster hints at a lot of craziness by calling the program a “real makjang,” and the third poster features a tagline that reads, “The fine is 50,000 won (approximately $42) if we get into a fight.” 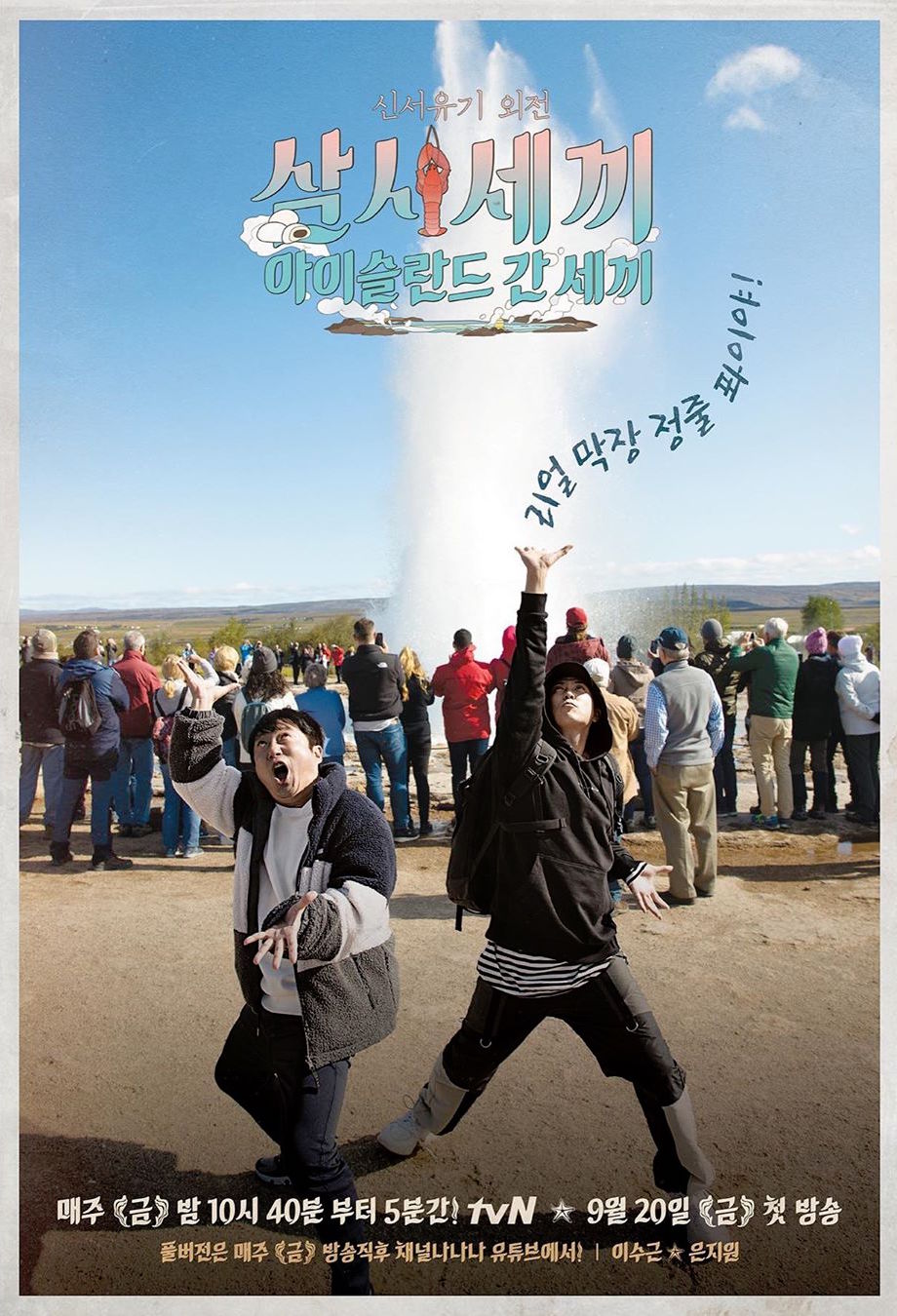 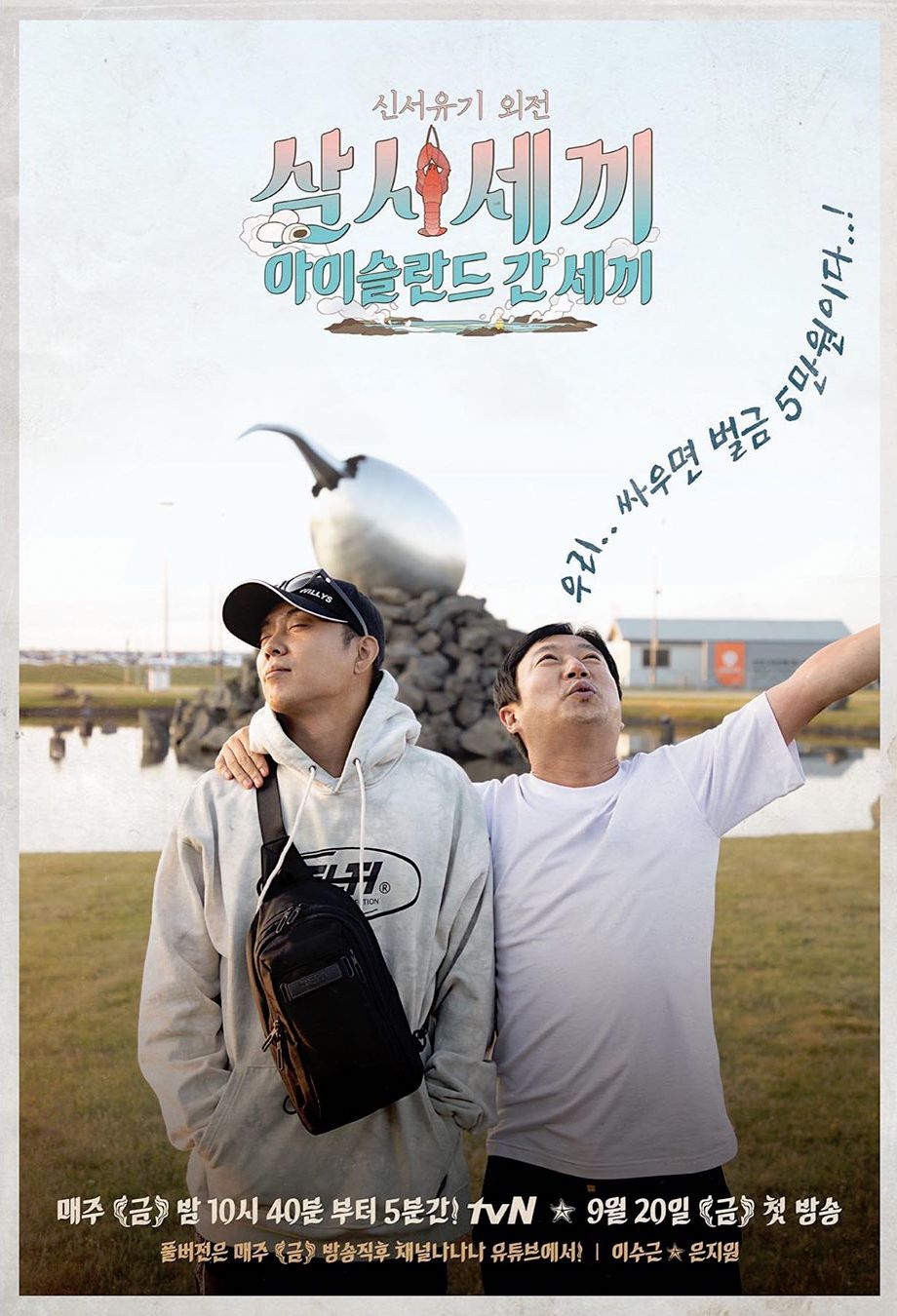 While each episode will last only about 5 minutes, the program will be filled with hilarious moments. The first episode will air on September 20 at 10:40 p.m. KST. The full episodes will also be available on YouTube through Channel NaNaNa.

Eun Ji Won
Lee Soo Geun
New Journey to the West 6
Iceland in Three Meals
How does this article make you feel?