ONEUS Announces First US Tour “FLY WITH US”

Rookie group ONEUS has announced their first U.S. tour: 2019 ONEUS “FLY WITH US” TOUR IN USA. ONEUS will bring full-fledged live performances to six cities in the United States beginning this November.

ONEUS’ first U.S. tour was initiated by fans through www.mymusictaste.com, an online service that brings together music fans to request their favorite artist’s concert.

Having debuted this past January, the rookie sextet quickly became noticed through their striking physical appearances and vocal prowess. Managed by RBW Entertainment, the agency that houses MAMAMOO, ONEUS has gained worldwide attention from the start. Their debut mini album “LIGHT US” hit No. 1 on iTunes Top K-Pop Albums Charts and charted within the Top 10 in Canada, Germany, England, Spain, and Italy. Its title track “Valkyrie” hit 17 million views on YouTube, an impressive feat for a rookie group.

Without losing momentum, their second mini album “RAISE US” debuted No. 1 on the iTunes Top K-Pop Albums Charts in Finland and charted within the Top 5 in four other countries. Its title track “Twilight” hit 10 million views within four days of its release.

Pre-sale tickets will go on sale on September 23 at 6:00 p.m. local time. Fans who requested ONEUS in those 6 cities on MyMusicTaste will have access to pre-sale and 10 percent discount off 2 tickets!

Further information on the tour and ticket purchase can be found here or other social media channels of MyMusicTaste. 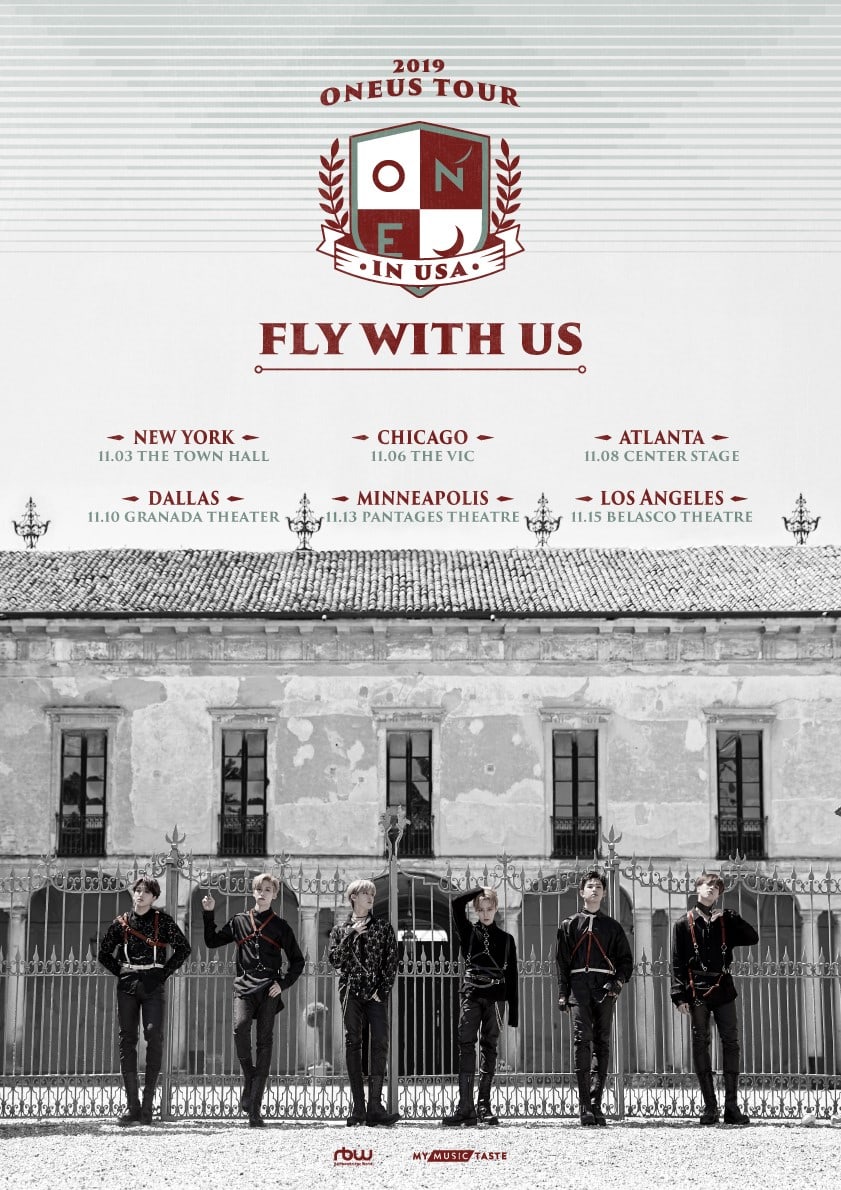