Kim Sun Ah will play Jenny Jang, a poor woman who goes from working at a bathhouse to being a powerful lobbyist. As the CEO of J Boutique, she attempts to become the head of Deo Company, for which she used to work as a maid. Kim Jae Young, on the other hand, has taken on the role of Yoon Sun Woo. He is the lawyer of J Boutique who is willing to do anything for Jenny Jang, his “older sister” from the orphanage. Despite his cool-headedness and cold demeanor, he becomes weakhearted in front of Jenny Jang.

In the stills, Kim Jae Young and Kim Sun Ah hint at their complicated relationship. Whereas Kim Jae Young has his eyes fixed on Kim Sun Ah, Kim Sun Ah turns away from him. According to the production team, the two actors talked a lot with director Park Hyung Ki in order to figure out how to best portray these complicated emotions, where the characters must suppress their feelings for each other. 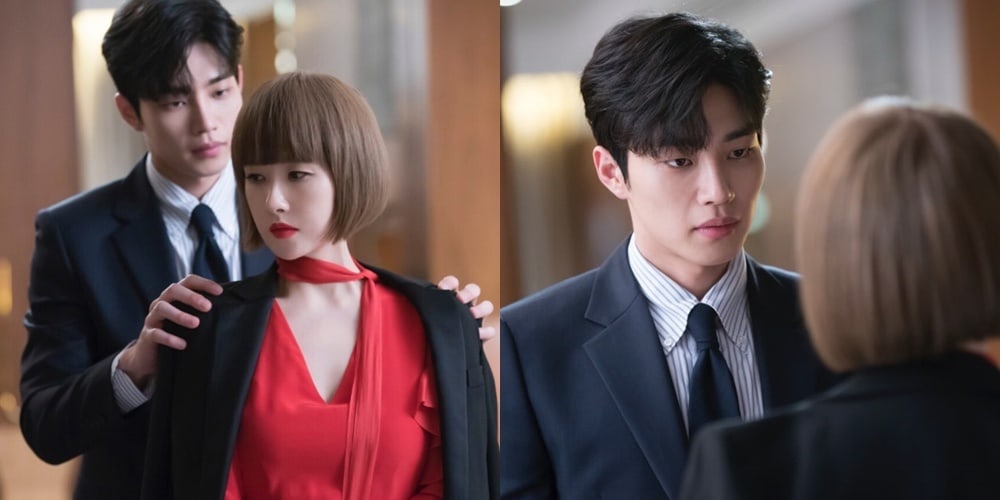 The production team said, “Kim Sun Ah and Kim Jae Young are generating buzz on set with their sincere acting and emotions despite working for the first time together. Please look forward to ‘Secret Boutique,’ which will make you get lost in it every Wednesday and Thursday starting on September 18.”

“Secret Boutique” also released a new teaser video that shows the ambitious Jenny Jang as she begins her battle against Deo Company to achieve her goal of becoming its sole master, and people from Deo Company who will go the extra mile to keep their company.

“Secrete Boutique” is set to premiere on September 18 at 10 p.m. KST following the end of “Doctor Detective.”

If you haven’t already, start watching “Doctor Detective” below: