On September 16, SEVENTEEN held a showcase to mark the release of their third studio album, “An Ode.” 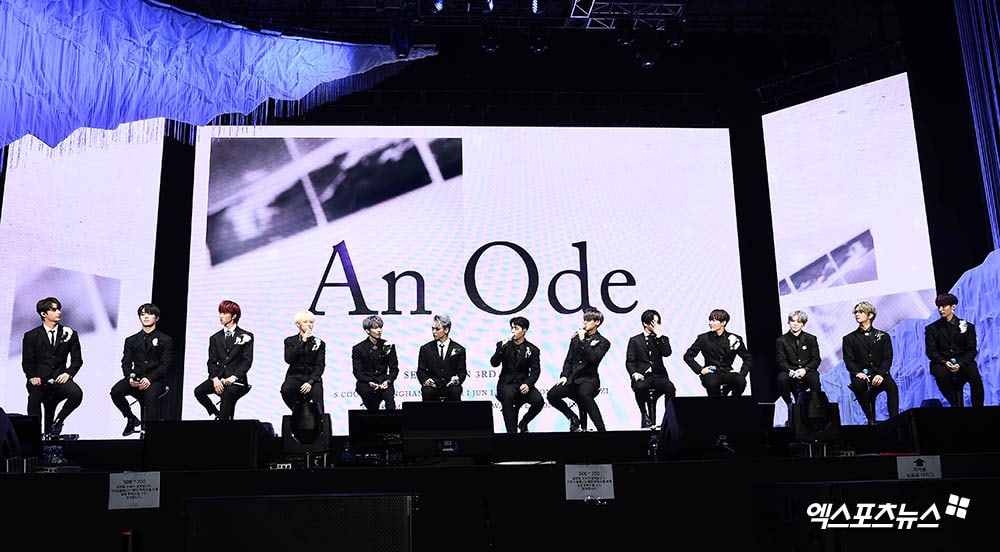 The title track, “Fear,” showcases a new “dark concept” for the group. Woozi said, “You can say that we’ve made a change for this comeback, but I think that this is a natural turning point for us. We are always thinking about what kind of story we can tell best at this point in time. We’ve shown a bright side of ourselves, a sad side of ourselves, an emotional side, and an energetic side. We’ve never shown a dark and fearful side before. I think that this is a natural development. This is an album that was designed to expand our genre range.”

As usual, many of the members participated in the production of the album. S.Coups said, “The members like trying new things and discussing things with each other. There wasn’t a single person who opposed the direction we were going in or had to think a long time about it. This title track doesn’t represent SEVENTEEN’s musical direction so much as it represents our sincerity. It’s not about direction, but about whether we can best represent our current moment.” 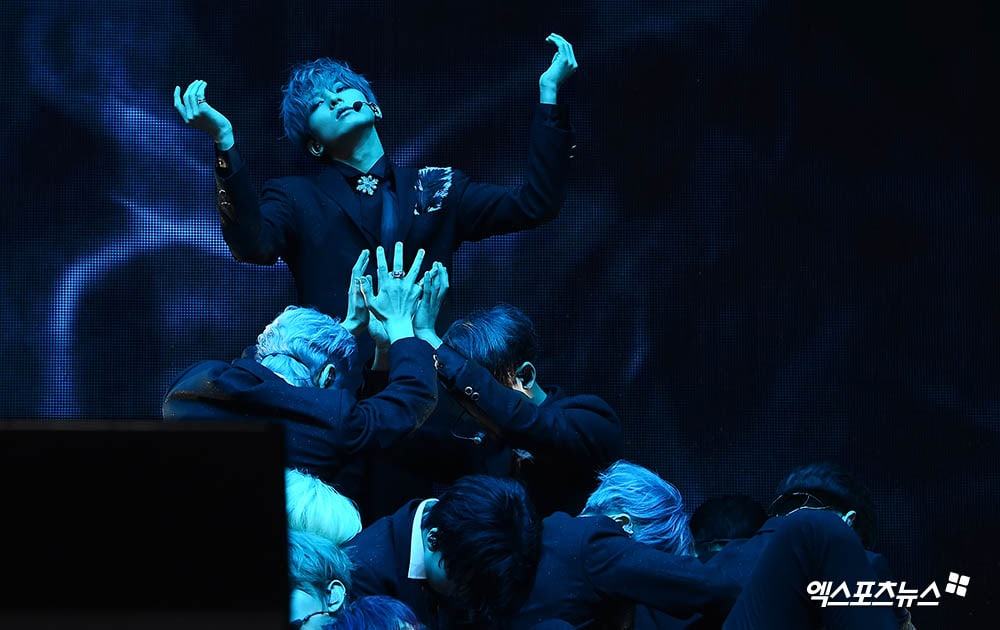 Joshua shared some of his dreams for the future, saying, “I have three dream stages in mind. I want to show our songs and our performances at the Grammy Awards, the Billboard Music Awards, and the American Music Awards.”

Vernon added, “Whenever we go abroad, I feel how meaningful it is to connect to people of various regions with our music.”

Seungkwan said, “Rather than being greedy about rankings and saying, ‘We have to get No. 1!’, we want to be satisfied with a great production.” Hoshi added, “Recently I’ve been thinking more about my members rather than any specific goals. I want to make music with 13 members for a long time.”

Woozi said, “When we were alone, we would joke often that we wanted to receive a Daesang [Grand Prize]. Rather than thinking of our own achievements, I think we talked about such big goals because we wanted to lift our fans to an even higher place. We want to go to a big awards ceremony in the United States and we want to receive a Daesang in Korea. Our goal is to go as high as we possibly can. This is a goal we want to accomplish for Carats [fanclub name].”

SEVENTEEN
XPN
How does this article make you feel?