Park Ji Hoon talked about the support he got from Wanna One member and fellow actor Ong Seong Wu about his new drama, “Flower Crew: Joseon Marriage Agency.”

“Flower Crew: Joseon Marriage Agency” is a new Monday-Tuesday drama from JTBC about a group of matchmakers in the Joseon dynasty who risk their lives to transform the king’s first love, a commoner, into a noblewoman. Park Ji Hoon stars as Go Young Soo, one of the matchmakers in the agency. 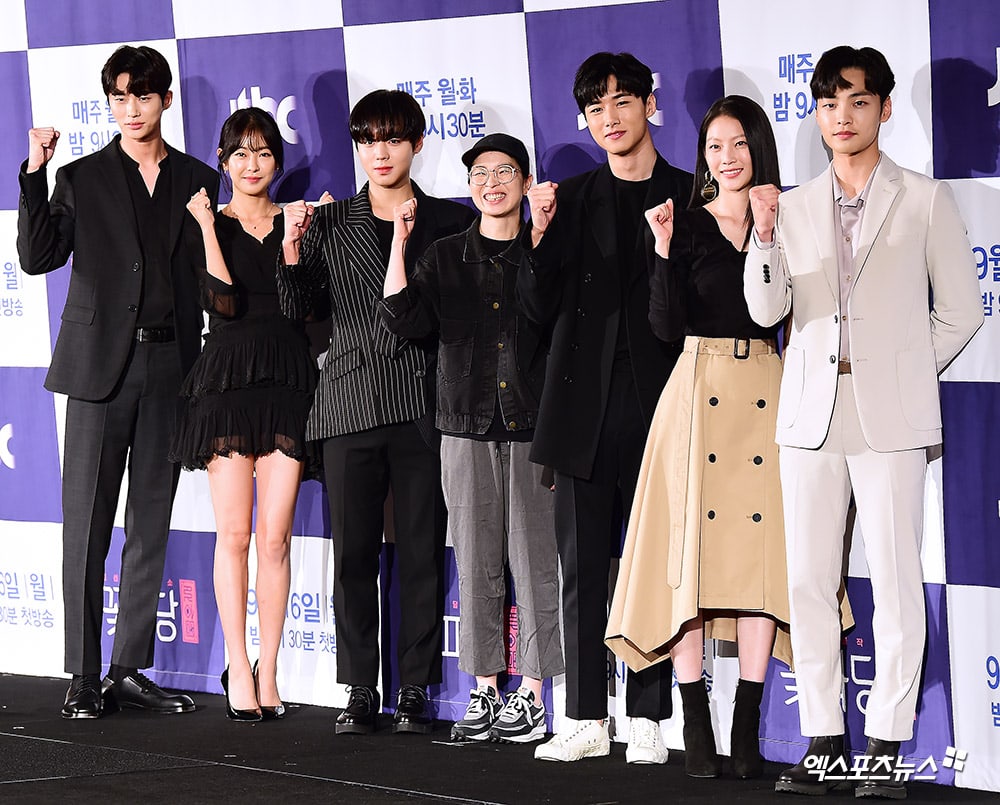 At the press conference on September 16, Park Ji Hoon was asked whether he felt any pressure at taking on his first acting role as an adult. (Park Ji Hoon had previously been a child actor.)

He answered, “Rather than feeling pressure, I was nervous. Because it was the first project. I thought a lot about whether I could do well, especially because it was a period drama. But the older cast members helped me relax and I was able to get into character naturally. I think I felt more nervous than intimidated or pressured.”

Ong Seong Wu recently finished his first drama, “Moments of 18,” which was also broadcast on JTBC. Park Ji Hoon said, “We didn’t specifically share advice about our dramas. We just sent messages like, ‘Are you filming right now?’, ‘I’ve been watching your drama,’ ‘Work hard,’ and ‘I’ll cheer you on.’ We’re both really busy so we left it at that.”

“Flower Crew: Joseon Marriage Agency” premieres on September 16 at 9:30 p.m. KST and will be available on Viki!

You can also check out Ong Seong Wu in the finale of “Moments of 18” here: