On the September 16 episode of KBS Joy’s “Ask Us Anything Fortune Teller,” vocal trainer Shin Yoo Mi made a guest appearance and spoke about X1’s Kim Yo Han!

After introducing herself as a vocal trainer from Mnet’s “Produce 101” series, the show’s host Lee Soo Geun questioned, “So everything went well for Kim Yo Han, Kim Woo Seok, and Song Hyeong Jun, right?”

Shin Yoo Mi responded, “Kim Yo Han actually ended up ranking No. 1. He appeared on ‘Produce X 101’ and placed first after training for only three months.” After hearing her explanation, Lee Soo Geun and Seo Jang Hoon couldn’t help but express their surprise and admiration, and Shin Yoo Mi nodded as she commented, “He’s really gifted.” 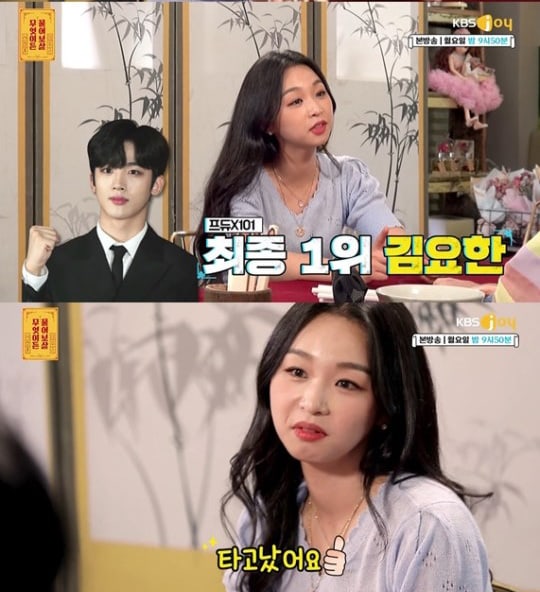 The vocal trainer later talked about her concerns, saying, “I work on a lot of things, but because many people see me giving vocal lessons on broadcasts, the first thing they ask is if they can receive vocal lessons from me. It’s hard to say no.”

Lee Soo Geun remarked, “This is a simple problem. Tell them your rates are 1 million won (approximately $840) per hour. That’s the best way.” He explained, “I’ll only sing the nupital song at my friends’ weddings for free, but sometimes I receive calls from people I don’t know. I’ll tell them to give me 20 million won (approximately $16,800), and they’ll immediately back off.”