“Hotel Del Luna” may be over, but fans can enjoy more moments in a new behind-the-scenes clip!

This time, the video revolves around IU, Lee Do Hyun, and Lee Tae Sun as they team up to create historical scenes.

In the beginning, Lee Do Hyun and Lee Tae Sun point their portable mini fans at IU. IU remarks that she’s not that hot, and Lee Do Hyun teases her by saying that her philtrum (the groove above the upper lip) looked wet.

Next, the three of them film the scene where they are sitting around a fire. IU and Lee Do Hyun softly talk among themselves while Lee Tae Sun plays his traditional instrument. Although Lee Tae Sun doesn’t really know how to play it, his expression makes it seem like he’s a professional. Once the cut sign is given, IU and Lee Do Hyun burst into laughter at his passionate acting, and Lee Tae Sun flees in embarrassment. 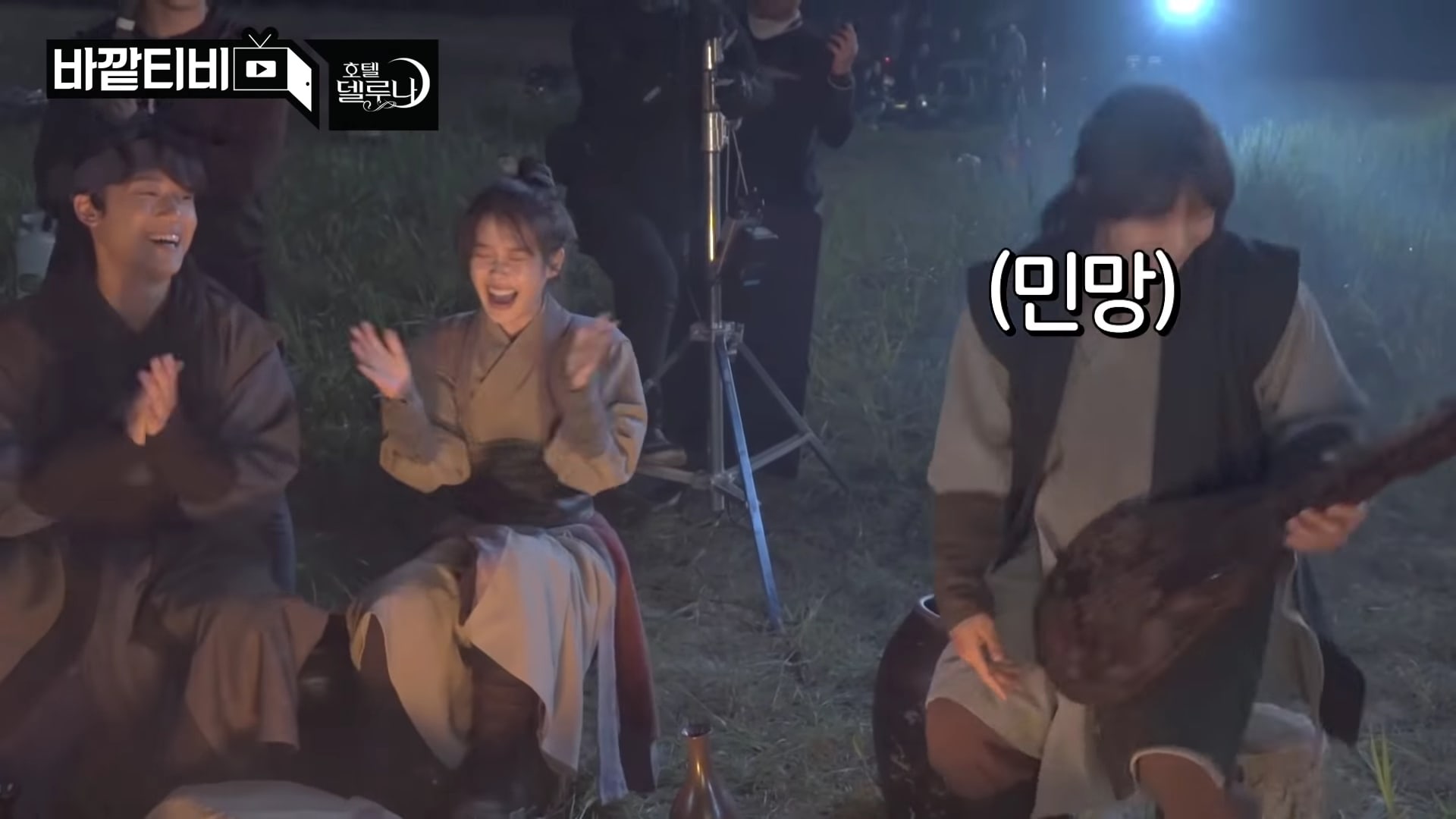 The three of them monitor the action scenes, and Yeo Jin Goo comments, “The shooting scenes look awesome. My character’s always falling over in surprise,” making the cast and crew laugh out loud. Then he asks the director if he can film something like that as well and says, “It turns out Goo Chan Sung is actually a good fighter.” 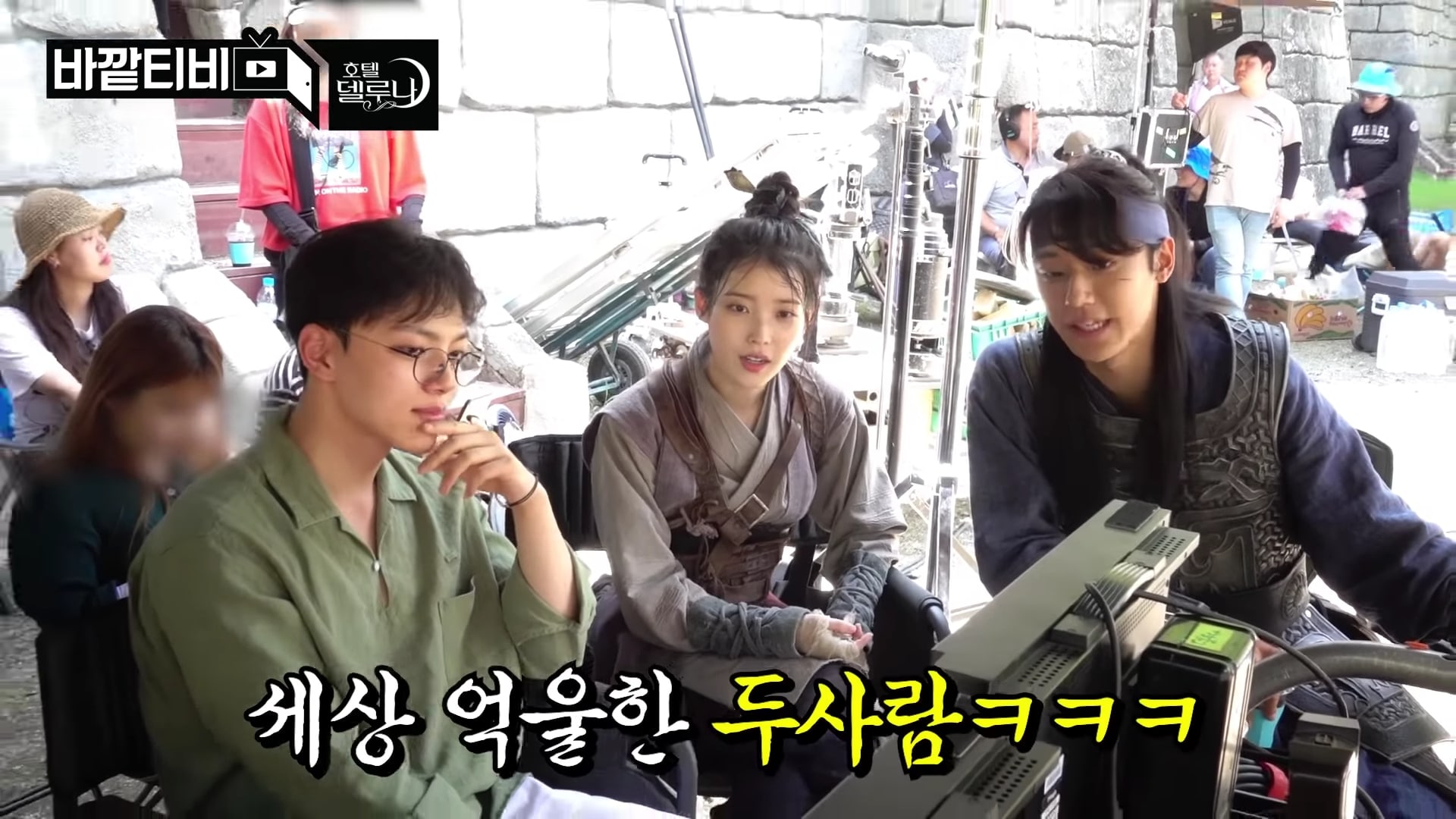 Towards the end, IU faces difficulties during the quicksand and fighting scenes, but with resilience, she makes it through filming with a big smile.

If you haven’t already, start watching “Hotel Del Luna” below!