“Flower Crew: Joseon Marriage Agency” is a new rom-com historical drama about a king (played by Seo Ji Hoon) who seeks out Joseon’s top matchmaking agency Flower Crew because he is unable to forget his first love. Upon his request, the three handsome matchmakers at the agency (played by Kim Min Jae, Park Ji Hoon, and Byun Woo Seok) risk their own lives to transform the low-born commoner Gae Ddong (played by Gong Seung Yeon) into a refined noblewoman.

The new video shows the close chemistry between the actors. First off, Kim Min Jae, Park Ji Hoon, and Byun Woo Seok spot the making-of video camera and attempt to pose coolly, but Park Ji Hoon’s robe sash suddenly becomes undone. The three of them laugh and attempt to fix it. 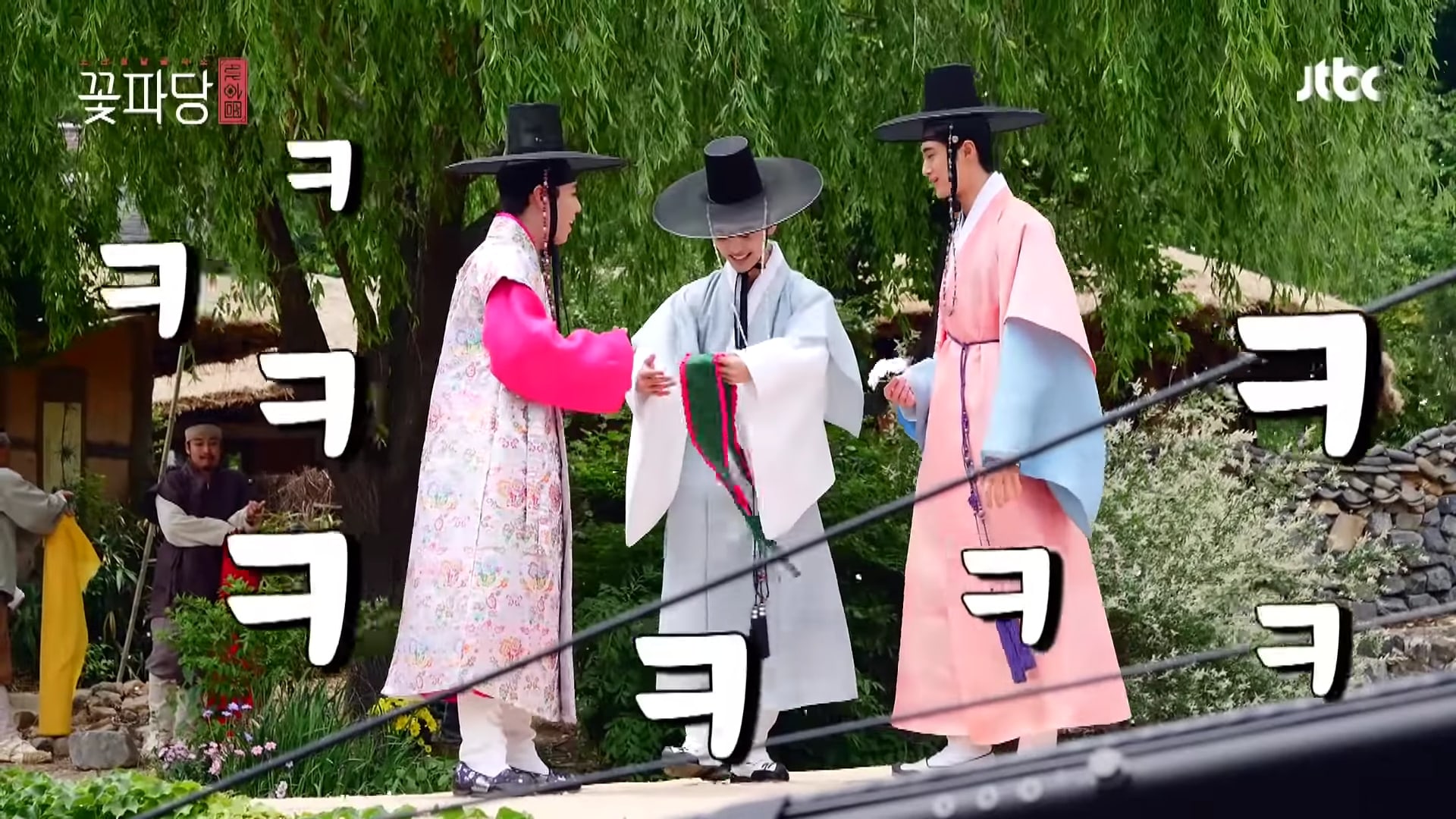 Next, Seo Ji Hoon is caught fanning Park Ji Hoon on camera. He jokes, “That’s the making-of video camera, so we have to look like we’re getting along.” Because of that, Park Ji Hoon uses the portable mini fan to cool Seo Ji Hoon down. Then Park Ji Hoon comments that they are both named Ji Hoon and wittily uses a pun to emphasize that they’re close. 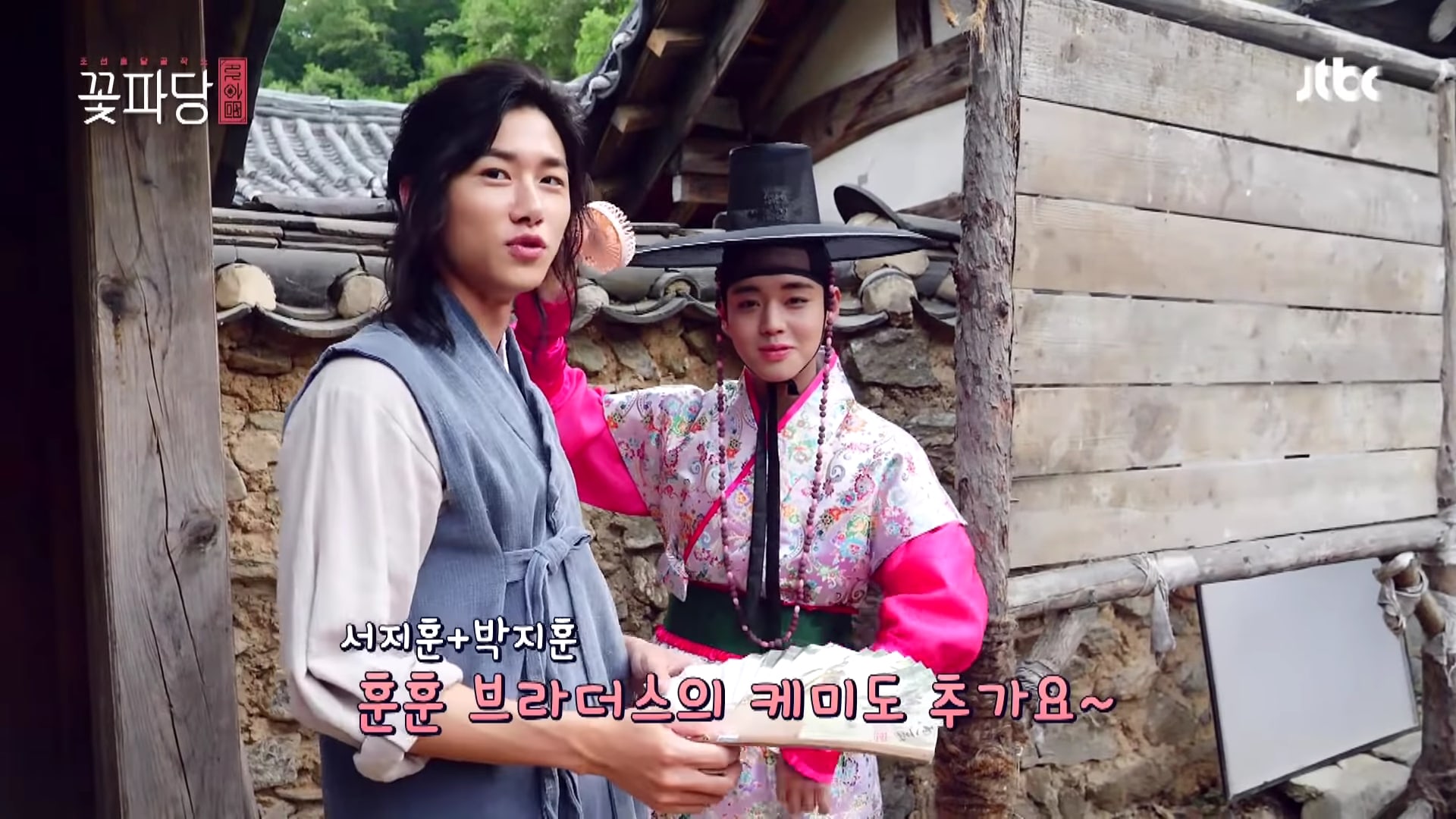 Later the trio of matchmakers gather to film a scene together. During rehearsal, Park Ji Hoon holds out a fist, but he is left hanging. Kim Min Jae jokingly tells Byun Woo Seok to hold out a fist first, but Byun Woo Seok’s long-haired wig gets in the way. He instinctively pushes it out of his face, which makes everyone laugh at his graceful action.

During the official filming, Park Ji Hoon is left hanging again, and he does a body wave to make the moment less awkward. Kim Min Jae cracks up and watches him in amazement. 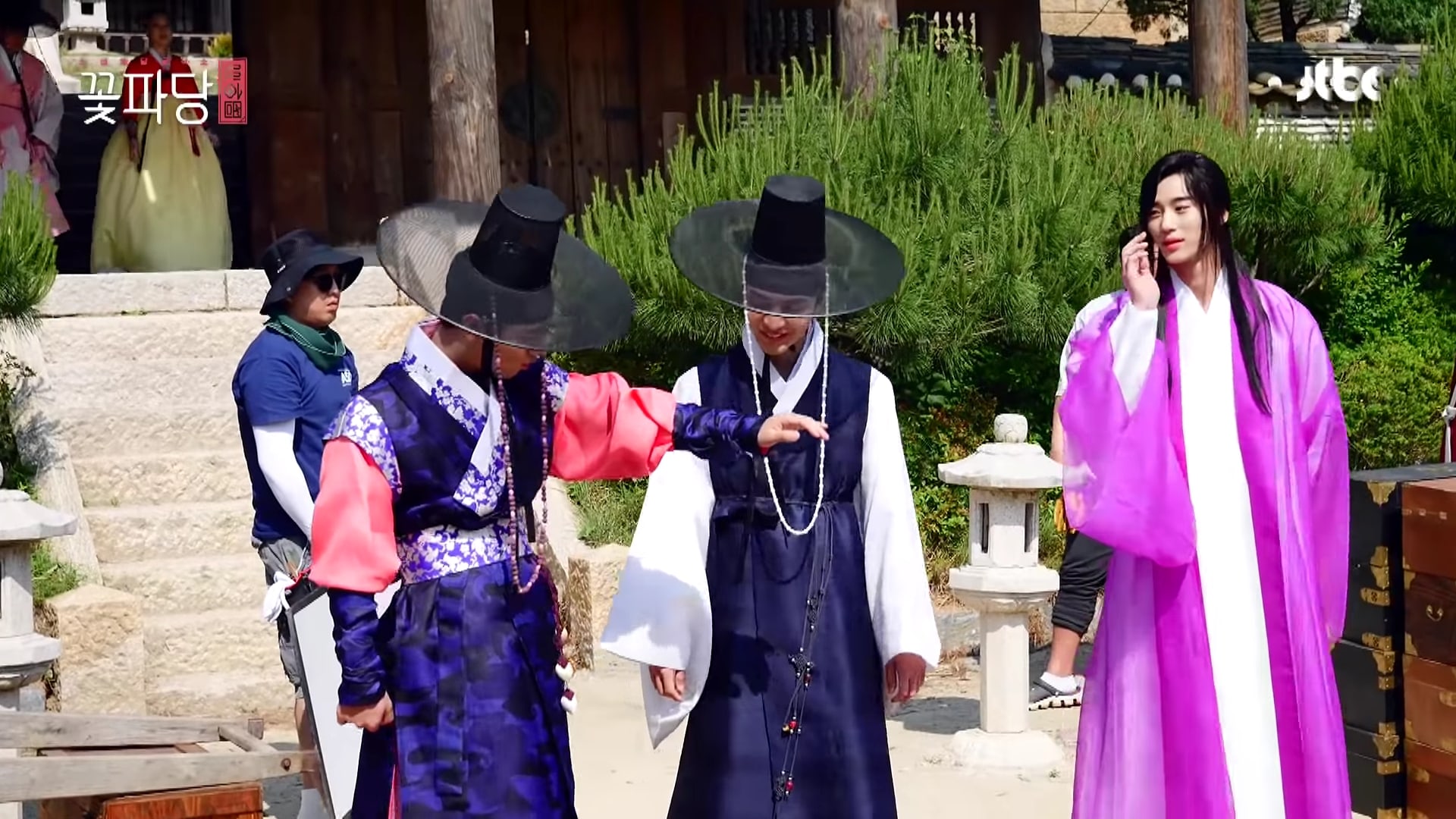 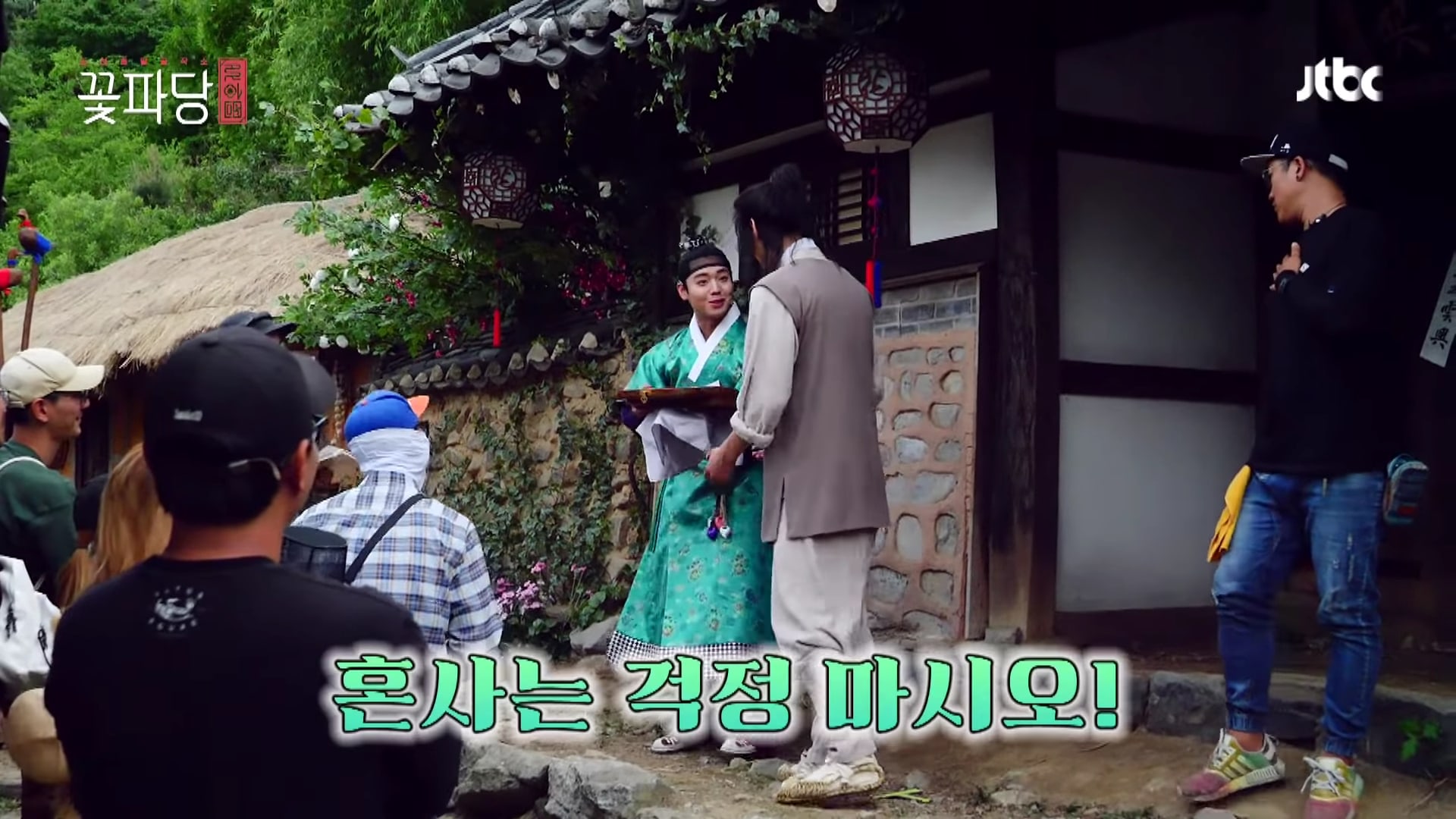 Last but not least, the cast and crew celebrate Park Ji Hoon’s birthday with a surprise cake! They sing happy birthday to him, and he smiles shyly in response. Kim Min Jae asks, “How does it feel to receive the cake?” Park Ji Hoon laughs but replies sincerely, “Thank you so much.”

Park Ji Hoon asks, “When did you go buy this?” and Kim Min Jae replies he went to buy it after filming his scene. Then Kim Min Jae jokes, “You were probably expecting it.” Park Ji Hoon refutes this by saying, “You know people can’t properly express themselves when they become truly flustered.”