FTISLAND’s Minhwan Describes The Best Part Of Being Married

FTISLAND’s Minhwan talked about how his view on life has changed since his marriage!

On the September 18 episode of KBS2’s “Mr. House Husband,” Minhwan returned home to his wife Yulhee and son after two weeks of overseas concerts.

“In the past, work and other things were precious to me, and so everything felt difficult,” he explained. “However, now it’s clear that my family is the most important thing, so everything else became easy. There’s nothing I wouldn’t do to protect my family.” 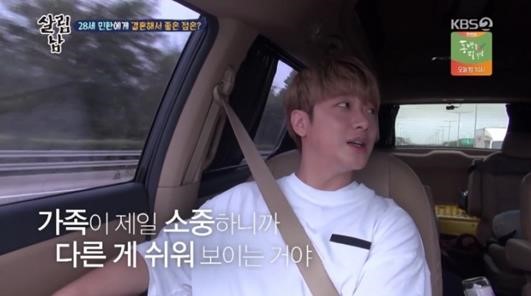