Kim Hye Yoon amped up the excitement for “Extraordinary You” in a new interview!

Based on a webtoon, this upcoming MBC drama is a fantasy romance series about a female high school student who goes against her predetermined fate as a manhwa (Korean comic) character to find true love.

Asked to choose one phrase to focus on in the drama, Kim Hye Yoon chose, “My heart hurts.” She explained, “There are many scenes where she clutches her heart and faints when her emotions run high, so I’ll choose, ‘My heart hurts.'”

Kim Hye Yoon left a strong impression on viewers through her portrayal of Kang Ye Seo in JTBC’s “SKY Castle.” Describing what she paid attention to in order to act as Eun Dan Oh, she said, “I’m portraying a very lovely, lively female high school student with lots of cuteness in order to get away from the strong image of my last character. I worked hard to appear that way and did a lot of research.” 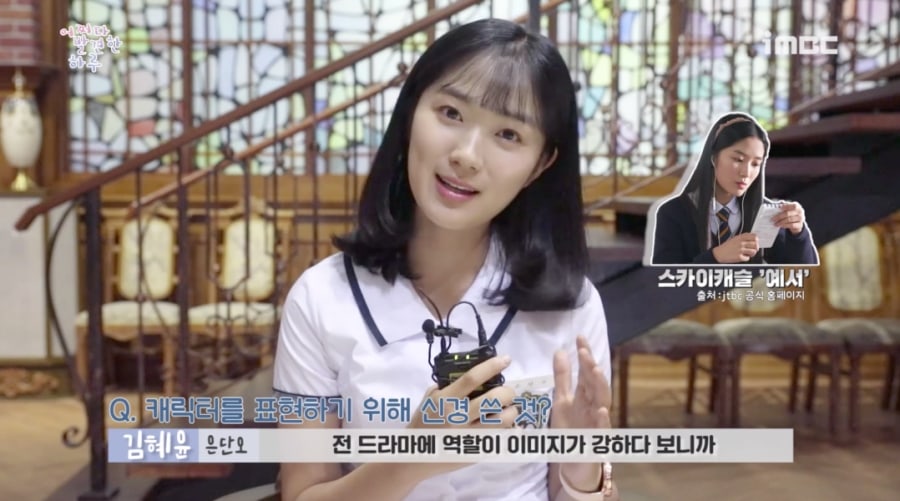 “To be honest, I’m still in the process of getting close with Dan Oh,” said Kim Hye Yoon. “From what I can see, she’s someone who’s [worthy] of receiving plenty of love, but she isn’t able to love herself much. She’s experienced a lot of pain, and it seems like she didn’t have a single person to lean on. While playing Eun Dan Oh, I want to tell her that she’s doing well.”

She concluded, “It’s such an honor to be able to participate in a great drama like this. I don’t know if I’ll be able to do a good job with my portrayal, but I’ll try my best as Eun Dan Oh and carry out my role.”

“Extraordinary You” premieres on October 2 at 8:55 p.m. KST. Check out a trailer here!

If you haven’t already, watch “SKY Castle” with English subtitles below:

Kim Hye Yoon
Extraordinary You
How does this article make you feel?