The day us Kang Ha Neul fans have been waiting for has finally come.

It’s been awhile since we’ve seen the likes of Kang Ha Neul, as before this series, he was serving in the military for almost two years. It was a matter of time before he started acting again, but it was quite the pleasant surprise that he not only decided to choose a lead role, but that it was in a rom-com alongside Gong Hyo Jin! Although we were graced with some glimpses of the drama here and there with the trailers, it was a bit difficult to get a complete feel of what the K-drama would be like, which is why there wasn’t much expectation leading up the premiere. Curious to see what I loved about the first few episodes? Keep reading!

1. LOVED: The confidence and strength of the female lead

Gong Hyo Jin’s character, Dong Baek, is one that we’re not that used to in terms of K-drama female leads. She’s not only a single mother who owns a bar, but she’s a single mother who was never married who runs a bar. In Korean culture, single women who raise children on their own aren’t looked that highly upon, which is why Dong Baek is such a powerful character.

What we know about Dong Baek thus far is that she moved to Ongsan with a baby to open up a bar named “Camellia.” The neighboring stores and restaurants are obviously not all pleased about this development, as they feel threatened by the “newbie” and especially dislike the fact that the husbands in town will be spending more time at this new bar. The refreshing part of Gong Hyo Jin’s character comes when she first meets the owners of the other stores. She doesn’t beat around the bush and is completely honest and open about her situation.

Although she does run into some neighbors who constantly try to degrade her, she doesn’t make excuses for who she is. She is strong, calm, independent, and has a poise that any woman would be proud of. The fact that she’s not ashamed of her past and having to raise a child on her own is something that females will find strength in.

2. LOVED: The “falling in love at first sight” trope and Kang Ha Neul

This one never seems to get old for me. There’s something about seeing someone fall helplessly in love with another at just a first glance. And when that someone is Kang Ha Neul, it makes it all the more romantic and adorable. Seeing that enormous and goofy smile on his face whenever he sees Dong Baek is seriously just so sweet! It’s enough of a reason to watch the series. 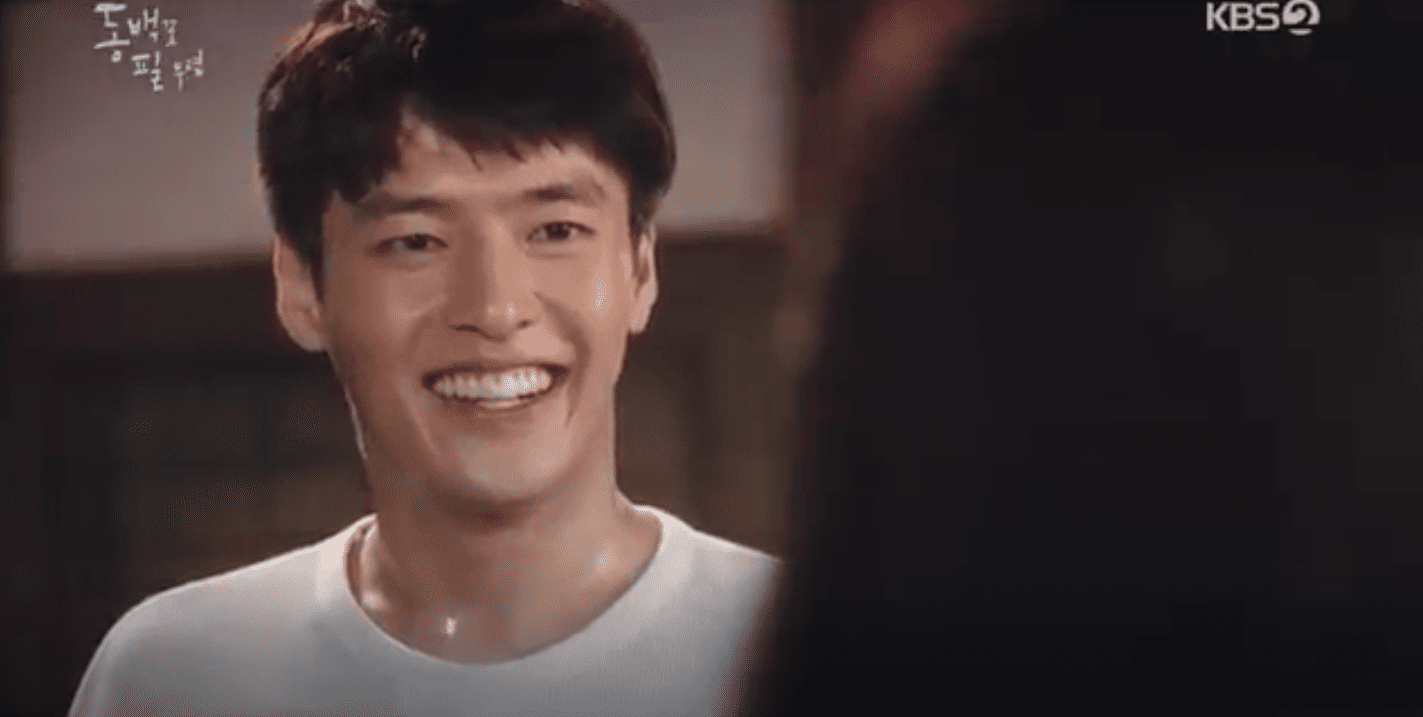 This one goes in line with the first one, but it deserved a number of its own. When Dong Baek is being harassed by Mr. No and he keeps pestering her about having a shot of alcohol as well as giving him free peanuts, Dong Baek doesn’t let him win. She puts him in his place by telling him that he has no right to lay his hands on her and to harass her.

She’s not afraid to tell him off despite the fact that he’s her landlord and gives her a lot of business. Nothing is worth more than her worth, and this makes her so admirable. She’s definitely a female lead that I’ll be rooting for in this series!

Go Doo Shim plays a grandma who owns a marinated crab restaurant. She’s the only one in the neighborhood who seems to stick up for Dong Baek. It’s a shame, really, because she gets picked on a lot because she owns a bar. The grandma is pretty awesome, and you really love her because she’s not afraid to tell others off when they put Dong Baek down.

Dong Baek really needs this grandma in her life. She doesn’t have many people in her life who are willing to put themselves out there for her. This grandma is the only reason why we’re not ripping our hair out at all the other women in the neighborhood who are picking on Dong Baek. Go grandma!

Hey Soompiers, how did you like the premiere of “When The Camellia Blooms”? Let me know in the comments below!

Currently watching: “When the Camellia Blooms,” “Little Forest,” and “Hotel Del Luna”
All-time favorite dramas: “Secret Garden,” “Goblin,” “Because This Is My First Life,” “Star In My Heart”
Looking forward to: Won Bin‘s return to the small screen