“Vagabond” is a new espionage action thriller about a stuntman named Cha Dal Gun (played by Lee Seung Gi). Although he initially dreams of becoming an action movie star and looks up to Jackie Chan as his role model, the fearless Cha Dal Gun bravely embarks on a quest to uncover the hidden truth behind a mysterious plane crash after the loss of his beloved nephew. In the process, he stumbles upon a massive corruption scandal, which he ends up investigating together with National Intelligence Service (NIS) secret agent Go Hae Ri (played by Suzy).

To portray his role naturally, Lee Seung Gi took on the stunts himself, as shown in the new stills released on September 19. In this scene, his character Cha Dal Gun has barely just made it out of an exploding car. Out of breath, he wipes the sweat and soot off his face, and his fireproof jacket is in tatters. 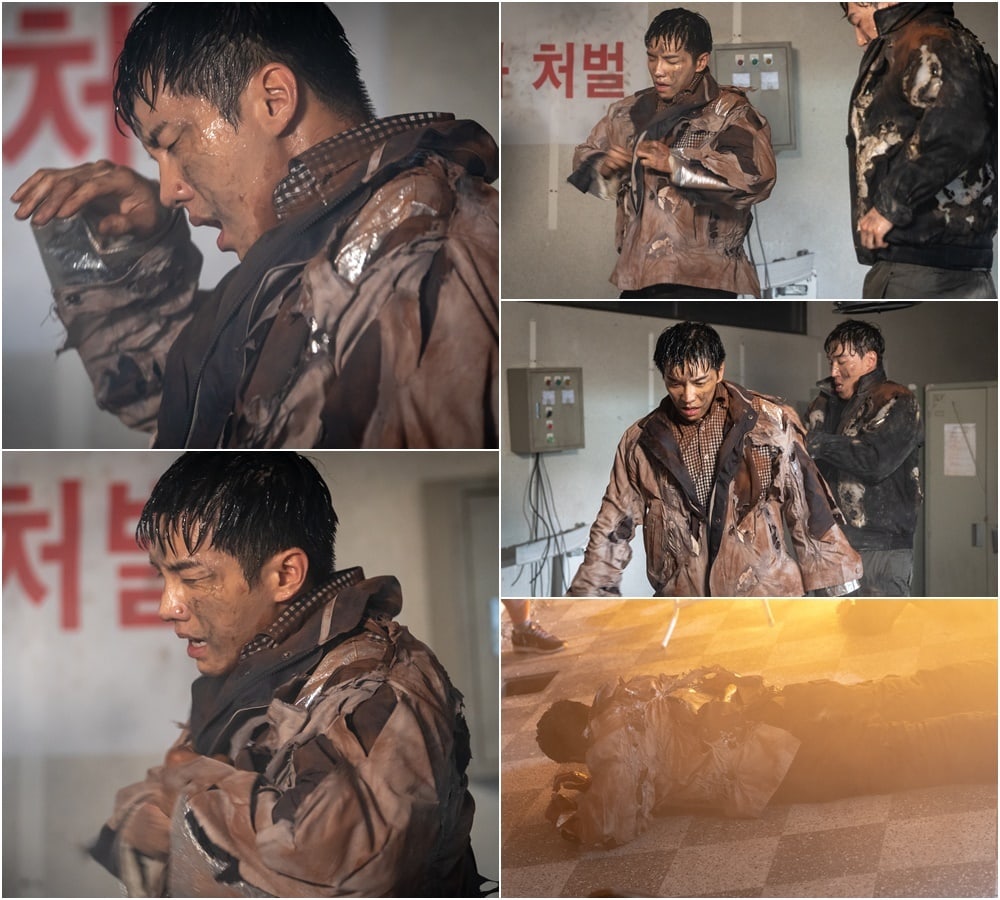 The scene was shot in an abandoned warehouse in Gyeonggi Province. Though the staff members dissuaded Lee Seung Gi from shooting the scene himself, the actor showed his determination to pull off the scene on his own without a stuntman. He wore a fireproof jacket and reassured the staff on set. They began filming after Lee Seung Gi had gotten the chance to practice for the scene with the other stuntmen multiple times. Once he got the director’s “okay” sign, Lee Seung Gi got up from the floor and showed his signature bright smile to relieve the staff members of their worries.

The producers of the drama shared, “Lee Seung Gi’s passion towards the drama and his sincere acting made everyone give him a standing ovation after the scene was complete. We are positive that this will remain as a memorable action scene that can’t be seen without tears.”

“Vagabond” premieres on September 20 at 10 p.m. KST. In the meantime, check out the latest teaser for the drama here!