TV Chosun’s “Leverage” has released photos from its script reading!

This upcoming drama is about Lee Tae Joon who transforms from Korea’s former top insurance investigator to its top con man. He teams up with the best con artists to get revenge on the wealthy and corrupt. “Leverage” is a remake of the U.S. series of the same name which aired over five seasons on TNT.

Lee Dong Gun, Jeon Hye Bin, Kim Sae Ron, Kim Kwon, and Yeo Hoe Hyun showcased great acting chemistry despite gathering for the first time as a team of con artists. Lee Dong Gun perfectly captured the emotions of a father who has a son suffering from an incurable disease. Jeon Hye Bin mastered the lines in a foreign language and showed the femme fatale charms of her “scam queen” character. 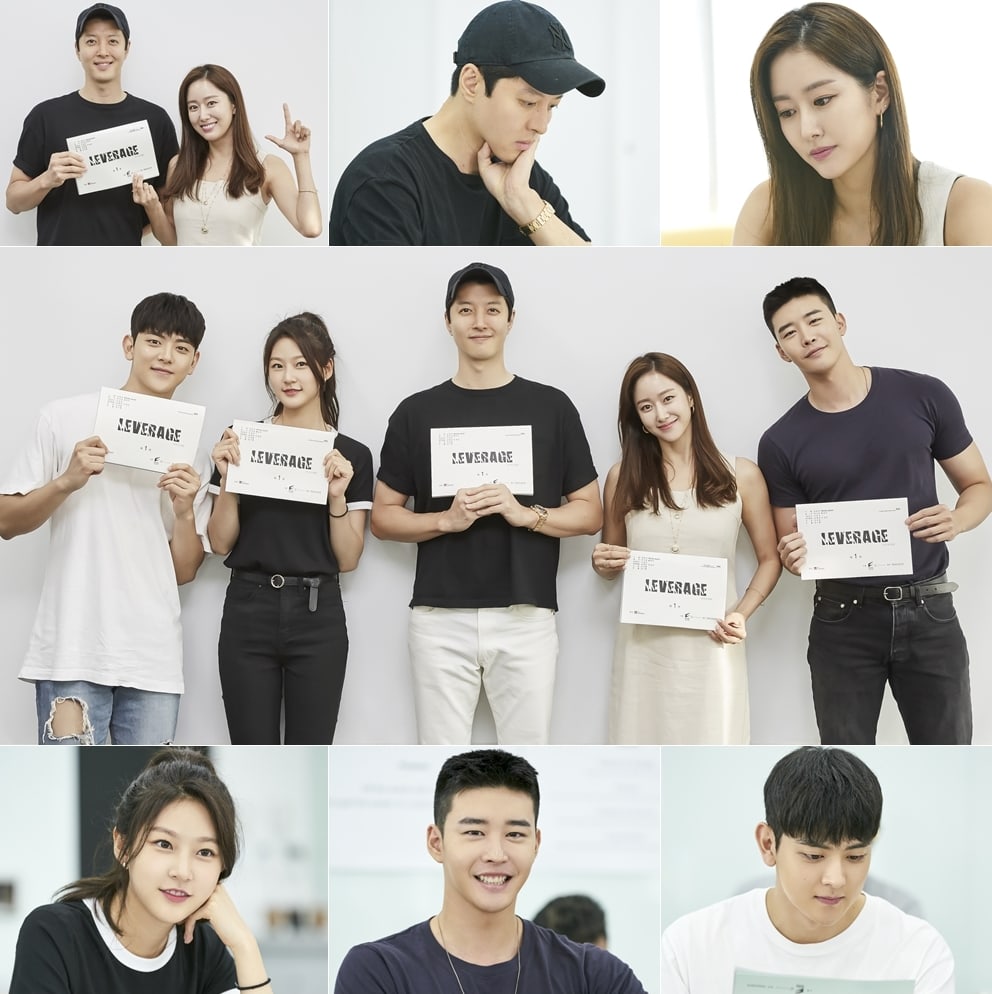 After the script reading, Lee Dong Gun said, “It’s a project I’m really looking forward to. I’ll try my best to make the set enjoyable.” Jeon Hye Bin added with a smile, “I’ll gather strength in order to not get tired while filming during the hot summer.”

A source from the drama stated, “There are high expectations because we’re working with passionate actors for a tense, energetic project. More than anything, the amazing chemistry of the cast makes me look forward to the tight teamwork. Please look forward to the refreshing revenge on bad guys, the success of strong characters, and amazing teamwork when ‘Leverage’ airs on October 13.”