The producing director (PD) of KBS2’s “Matching Survival 1+1” shared what Kim Ki Bum and Kim Heechul were like during filming!

“Matching Survival 1+1” is a dating reality show that features young single men and women looking for romance, and one of the hosts is Kim Heechul. In the latest episode, Kim Ki Bum succeeded at matching up as a couple with fellow participant Kim Si Kyung after he showed throughout the episode that he only had eyes for her.

During the show, Kim Heechul was thrilled for Kim Ki Bum whenever things were going well for him, such as when he was chosen as the most popular guy among the guests. He also teased Kim Ki Bum about how he now needed to go out more.

When Kim Si Kyung said she wanted to partner with Kim Ki Bum in the end, Kim Heechul had a huge grin on his face as he waited for Kim Ki Bum’s answer. When Kim Ki Bum agreed, Kim Heechul immediately gave him a hug and then said to Kim Si Kyung, “Please take our Ki Bum out into the world a lot.” 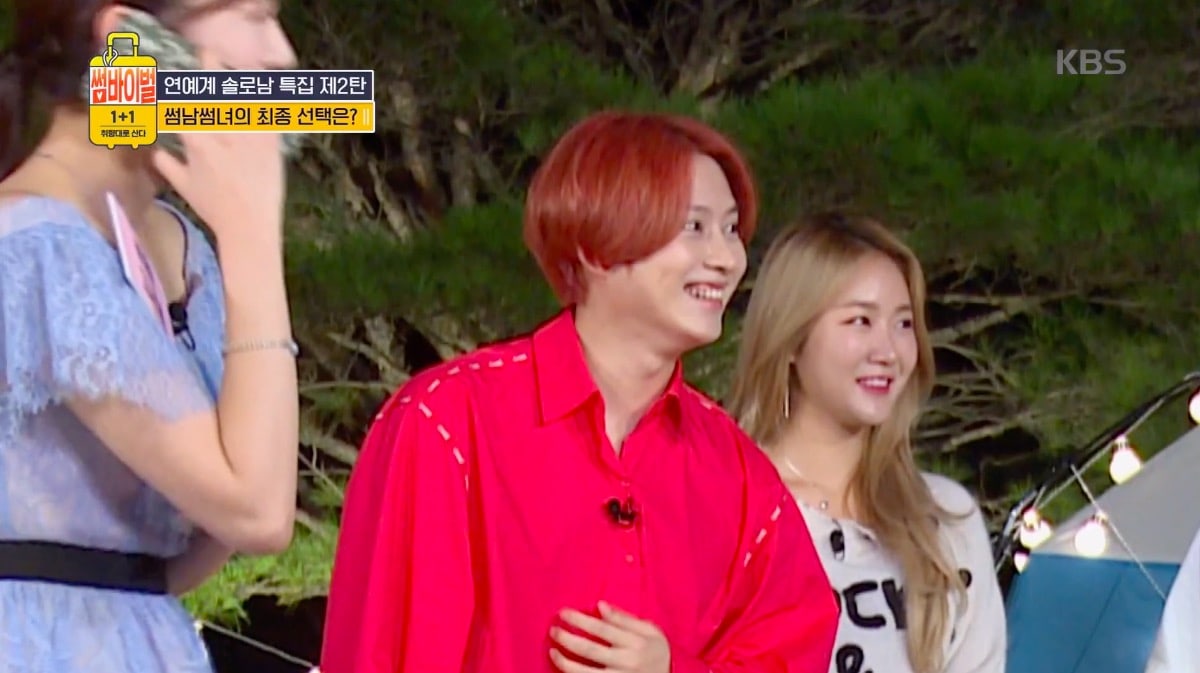 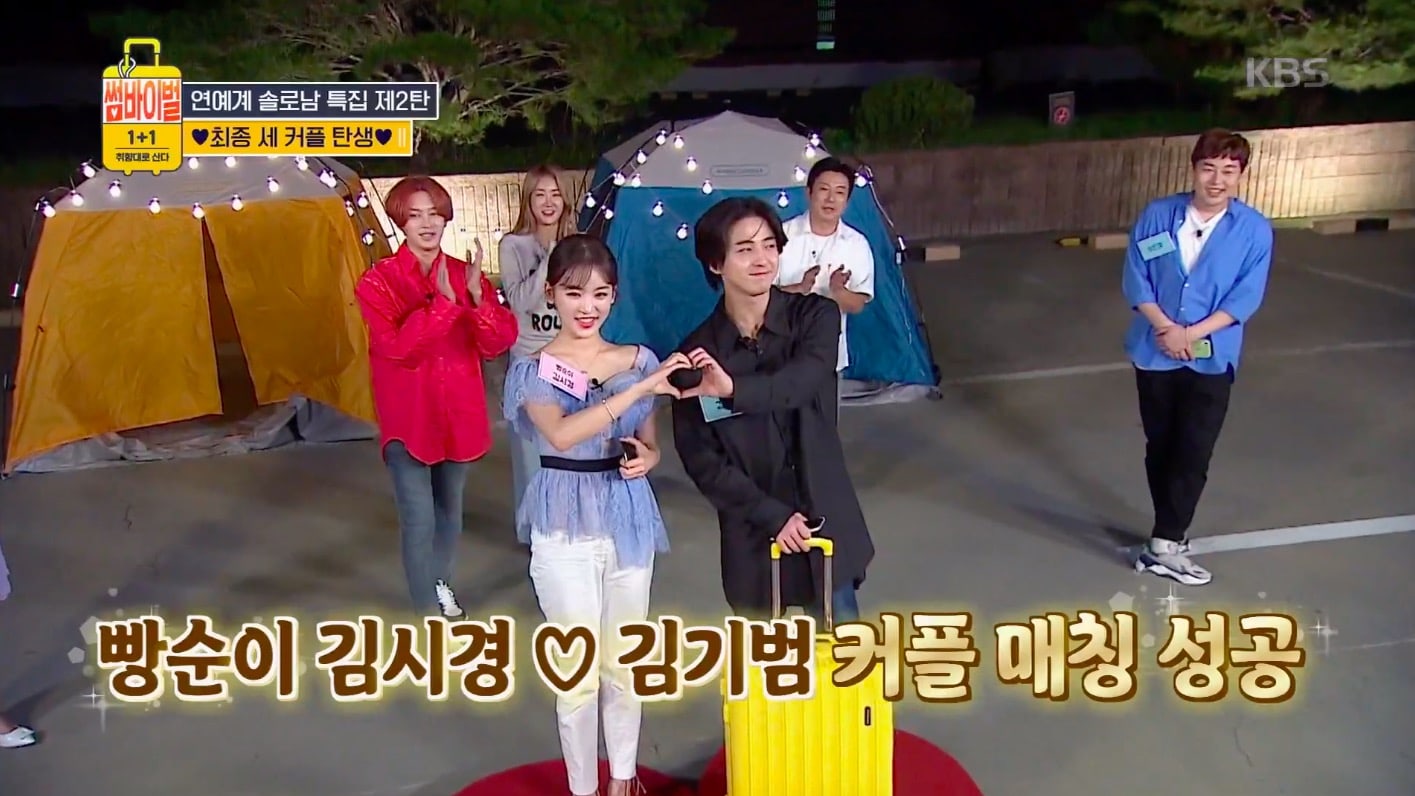 In an interview with OSEN, the show’s PD Kang Seung Youn talked about Kim Ki Bum’s appearance. She said, “The show originally starred non-celebrities, but I thought it would be good if celebrities came on, so I put out an announcement. There were many rookies and people who haven’t yet established themselves who applied, so I put together a list of famous people who haven’t been active in their field or have many years of experience. I’d had my eye on Kim Ki Bum for a long time and I thought maybe he would want to do it, so I contacted him and he readily agreed to do it.”

She went on to say, “Kim Heechul really took care of Kim Ki Bum a lot. Kim Ki Bum is very pure and innocent, and Kim Heechul cherished him, took care of him, and worried about him as though he’s his real younger brother. He was very nervous that he might say something wrong. It was great to see the two of them like that.”

Kang Seung Youn also shared, “Whenever we finish up filming, the cast members go out for dinner together. The people who’ve matched up as couples will go out and the people who didn’t match up with anyone will go out, or sometimes everyone goes out together.” She continued, “I heard that they went out together after this filming too. I’m not sure exactly who went, but since Kim Ki Bum and Lee Jin Ho were going too, I heard that Kim Heechul said, ‘I’m going today too’ and went along. I think they must have had a large get-together.”