Lee Dong Gun filled in for his wife Jo Yoon Hee as a special MC on KBS 2TV’s “Happy Together”!

On the September 19 episode, Lee Dong Gun began, “Who will fill Jo Yoon Hee’s empty seat? I sat in this seat as the MC for the day.”

Jun Hyun Moo said, “I thought that you were a romanticist, but I received something from Jo Yoon Hee.” Lee Dong Gun stated, “At first, she suddenly said that she can’t go to the filming for ‘Happy Together’ for a day. I said, ‘Oh no,’ but then she bought me food and lots of clothes on the next day. She then said, ‘You have to do it on that day.'” 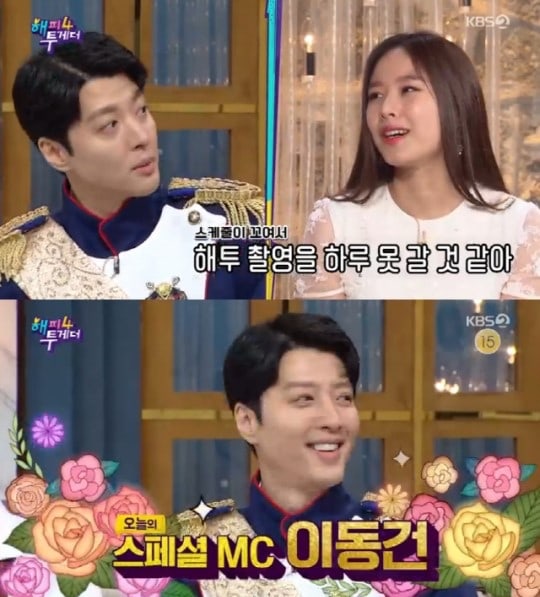 The actor also addressed rumors that he and Jo Yoon Hee even held hands while cutting a piece of steak. He explained, “It’s been a while since we stopped holding hands. It’s hard to see each other let alone hold hands.”

Lee Dong Gun continued to share the changes in his married life. “At the beginning of our marriage, she didn’t interfere at all regarding team dinners,” said the actor. “She didn’t say anything no matter how much I ate or how late I came home. But these days, I’m being a bit careful because she sends me text messages saying that I’m late today and asks if I’m having fun.”

He added, “Yoon Hee is careful around me when she goes to ‘Happy Together’ team dinners. I tell her to have fun and to not be the first one to leave. I hope she’ll act the same way towards me.” 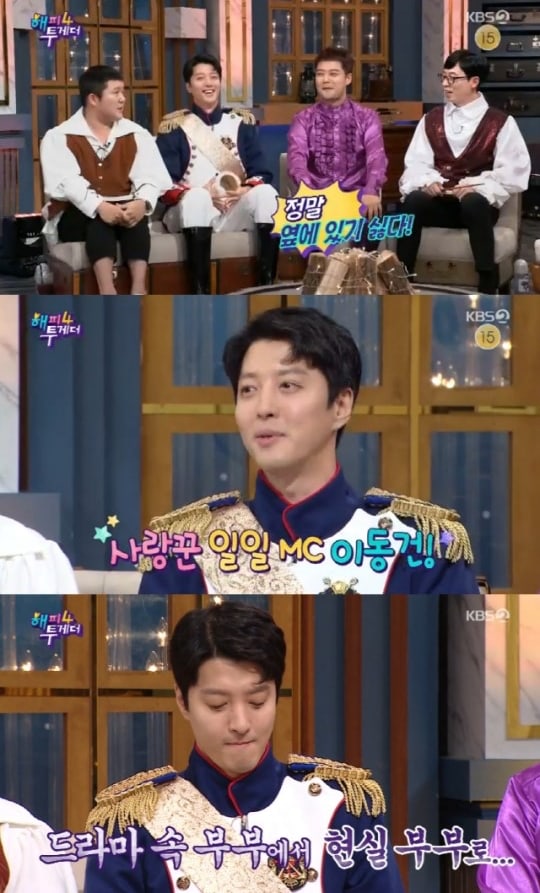 Happy Together
Jo Yoon Hee
Lee Dong Gun
How does this article make you feel?