The official main poster for the upcoming OCN thriller drama “The Lies Within” starring Lee Min Ki and Lee Yoo Young has been released.

The new weekend drama will tell the story of Kim Seo Hee, a woman who becomes a member of the National Assembly after the sudden death of her father and the disappearance of her husband, and Jo Tae Shik, a detective who cannot let a single death be ignored. The main poster of the two leading characters has been revealed with less than a month to go before the show’s premiere.

In a mysterious location, Jo Tae Shik and Kim Seo Hee are on opposite sides of a table with a red box between them. In the character teasers that have been released, there was a scene in which a car flipped over when Tae Shik tried to pick up the box, while Seo Hee was terrified to even look at it. It can be inferred that whatever is inside the box has the power to bring big changes to their lives.

The tagline of the show that’s on the poster reads, “When everyone was quiet, they began to shout,” reflecting how Tae Shik and Seo Hee are chasing after a truth. Tae Shik makes the decision to leave his team but before he does, he decides to take on Seo Hee’s case about her father’s death and husband’s disappearance as his last case. What the pair will find in the box, and what they will do to get the truth out there remains to be seen. 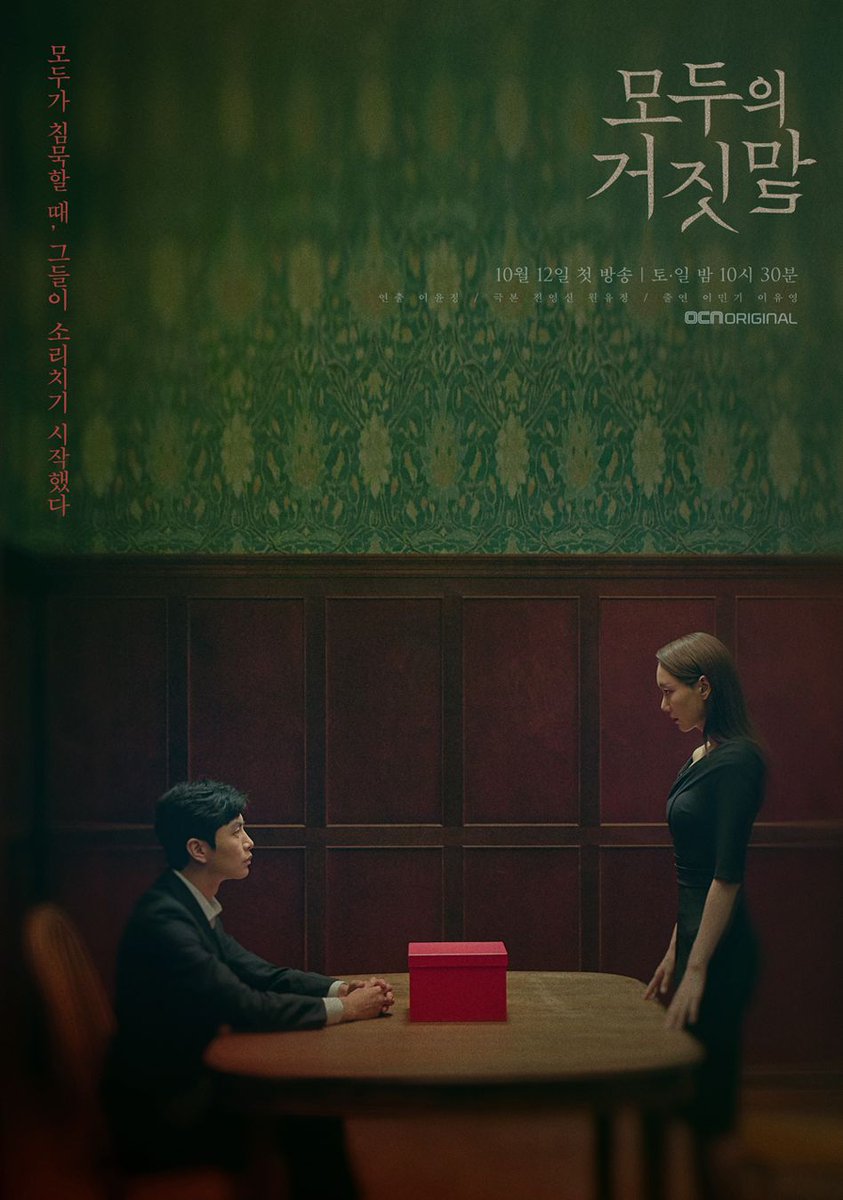 The production staff said, “The main poster shows Tae Shik and Seo Hee looking at each other as the red box sits between them. Everything is questionable and full of secrets, and we hope viewers will tune in to see what truth the pair must uncover.”

“The Lies Within” will be the follow-up drama to “Strangers From Hell” and will premiere on October 12 at 10:30 p.m. KST.