Kwon Nara appeared on MBC’s “I Live Alone” and opened up about an incident that led her to change her name. Though she still promotes under the name Kwon Nara, she revealed that she has officially changed her name to Kwon Ah Yoon.

She explained, “One day, I was going home from work and as I was trying to catch a cab, I got hit by a car. The person was drunk driving, and I went flying like what you see in the movies.” Kwon Nara said that her parents felt it was bad luck for her to keep her name after such a big accident, so she decided to change her name to Kwon Ah Yoon. 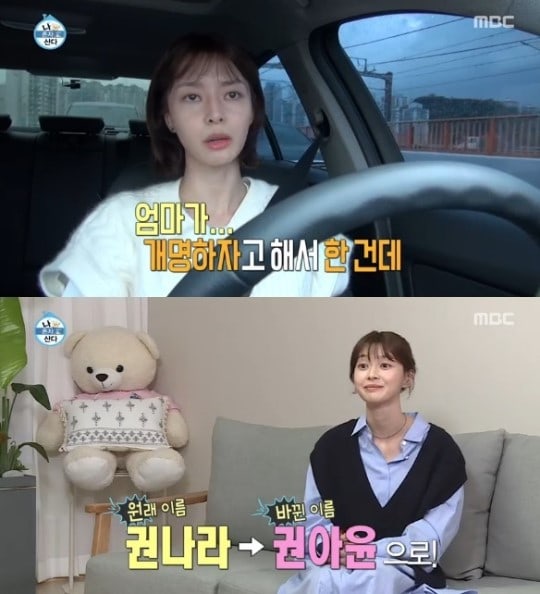 Kwon Nara also shared that she was planning to sell her car because she wasn’t driving it as much as she used to and didn’t feel the need to have it. She also said that ever since she had gotten the car two years ago, she has gotten into a handful of small accidents, and along with her big accident involving the drunk driver, she felt it would be better to just not have a car.

Watch Kwon Nara’s appearance in “I Live Alone” below!

Kwon Nara
Home Alone
How does this article make you feel?