Gray began talking about his major and how he gave up his college education in pursuit of music. After hearing that Gray only attended his first year of college at Hongik University’s department of computer science, Yoo Jae Suk asked, “Don’t you regret [not graduating]?” Gray replied, “I don’t regret it because I succeeded with music.”

Yoo Jae Suk continued, “Computer science is a major that fits well with the future industry. Can’t you finish studying computer science?” With a sigh, Gray stated, “You sound like my uncle.”

Making everyone laugh, Yoo Jae Suk said, “Is that so? I’ve got more to say to you,” and continued to lecture Gray. 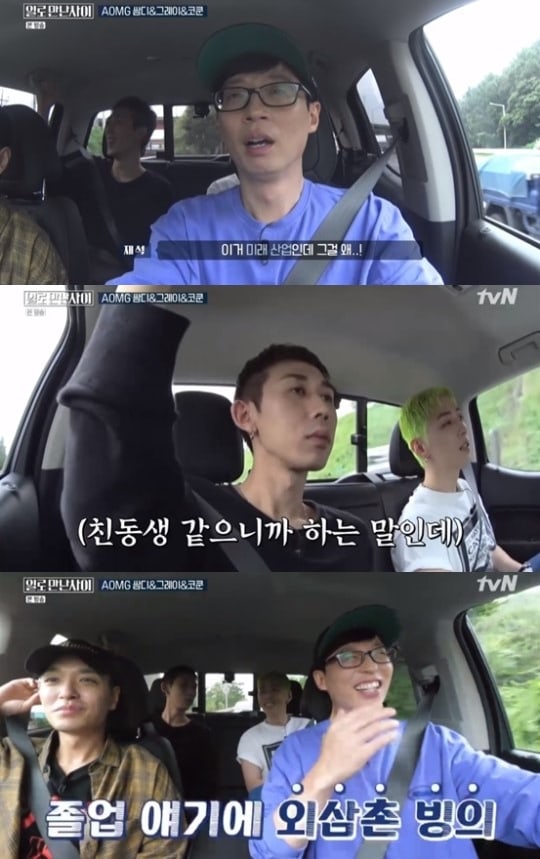 Yoo Jae Suk
GRAY
Laborhood on Hire
How does this article make you feel?