BLACKPINK had some exciting news to share with fans at their “2019 Private Stage [Chapter 1] fan meeting!

The fan meeting was held at 1 p.m. and 6 p.m. KST on September 21 at the Olympic Hall in Seoul, and was an event to celebrate the group’s third debut anniversary. The members said, “We’re so happy that so many people came and we want to make lots of fun memories.”

The girl group started the night with their debut song “Whistle,” even explaining that they had worn similar outfits to what they had donned in their early debut days. They also wowed fans with special performances, with Jennie playing the guitar as she performed H.E.R’s “Best Part,” Rosé and Lisa performing Nat King Cole’s “L-O-V-E,” and Jisoo putting on a magic show. 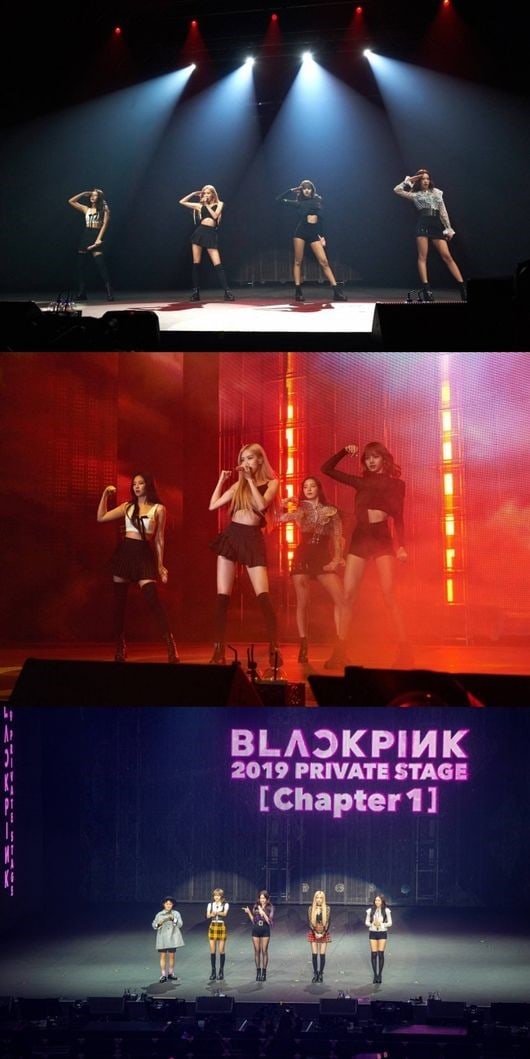 BLACKPINK also talked about the world tour they’ve been on, which started in November 2018 and went all the way to July 2019 as they traveled to 23 cities around the world. They stated, “We’ve met with BLINKs [official fan club name] from many countries. The response we received was so welcoming and energetic.” They also surprised fans with the reveal, “We’re currently working on new music. We think BLINKs will like it.”

As they wrapped up the special event, BLACKPINK expressed their love for their fans as they said, “We will work hard to repay all the love we receive.”

Are you excited to hear new music from BLACKPINK?