The cast of “Arthdal Chronicles” shared their thoughts as the drama came to an end.

“Arthdal Chronicles” tells the story of heroes who write their own legends in the mythical land of Arth. The drama was composed of three parts, each of which contained six episodes. “Part 1: Children of Prophecy” and “Part 2: Turning Sky, Rising Ground” aired earlier this summer, and the final episode of “Part 3: Arth, The Prelude to All Legends” aired on September 22.

Jang Dong Gun, who showed off his excellent acting skills by portraying the charismatic Ta Gon, shared, “The character Ta Gon was very different from the roles I’ve taken so far, so there were many difficulties, but I did my best to work hard. It’s hard to believe that ‘Arthdal Chronicles’ is over. It was an honor to participate in a great work with good people, and I had a great time.”

For Song Joong Ki, who played both Saya and Eun Seom, it was his first time playing a double role in a drama. He commented, “Although there were some difficulties in playing a double role for the first time, it was fun. I was greedier than ever because the vast and deep story was so fascinating.” He then sincerely thanked the director, writers, and production crew for their hard work and also expressed his gratefulness to the viewers for watching the drama.

Kim Ji Won, who played Tanya, a shaman of the Wahan Tribe and a true descendant of the gods of Arth, said, “It feels surreal [that the drama has come to an end] when I remember the many hours that we spent filming with ups and downs for more than eight months. It was a great honor to work with great actors, writers, and director. Just as characters change as they learn over time, ‘Arthdal Chronicles’ was a drama that gave me new experiences and lessons. I want to thank the viewers for waiting so long and for being with us.”

Kim Ok Bin took on the role of Ta Gon’s lover Taealha. She shared, “I was very attached to all of the staff, including the director, writers, and actors. We worked hard together, so it feels both sad and bittersweet that I won’t be able to see them anymore. I really want to say thank you to the viewers for their support and love over a long period of time.” 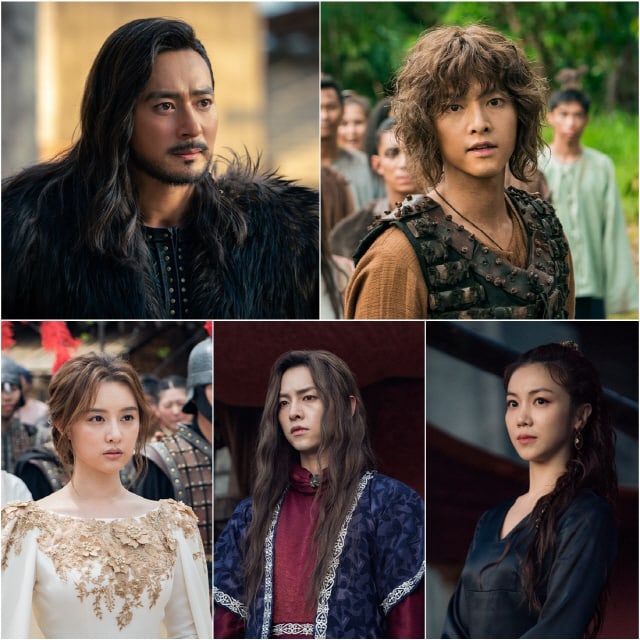 The production crew also thanked the cast, crew, and viewers and asked the viewers to watch the the drama until the end.

The final episode of “Arthdal Chronicles” aired on September 22 at 9 p.m. KST.