Lee Hyori received an apology from a fan on the most recent episode of JTBC’s “Camping Club.”

On the September 22 broadcast of the variety show, Fin.K.L held a mini concert where they performed some of their hit songs and talked closely with their fans.

During the concert, Fin.K.L discussed their most memorable fans, and Lee Hyori picked a fan who cursed at her in an online message. She added, “I admit I was wrong at the time. This is a time of apology between me and my fan.”

The fan, who attended the concert, explained, “The fans were waiting for her, but she just passed by, and I was so upset.” Then she commented, “After I sent the [message], I felt like I had hurt someone I liked. I wanted to apologize, but there was no way to meet her. I wanted to apologize.”

At that, Lee Hyori shed tears as she said, “She was a longtime fan. She was a fan who always came [to see me], so I was very hurt. It doesn’t matter if an anti-fan curses at me, but [I was hurt] because it was from a fan who I thought would always understand me.”

Lee Hyori and the fan embraced each other to relieve their old sorrows. To apologize to her fans for being inattentive, she presented them with a song called “To You” by Kang Ah Sol. 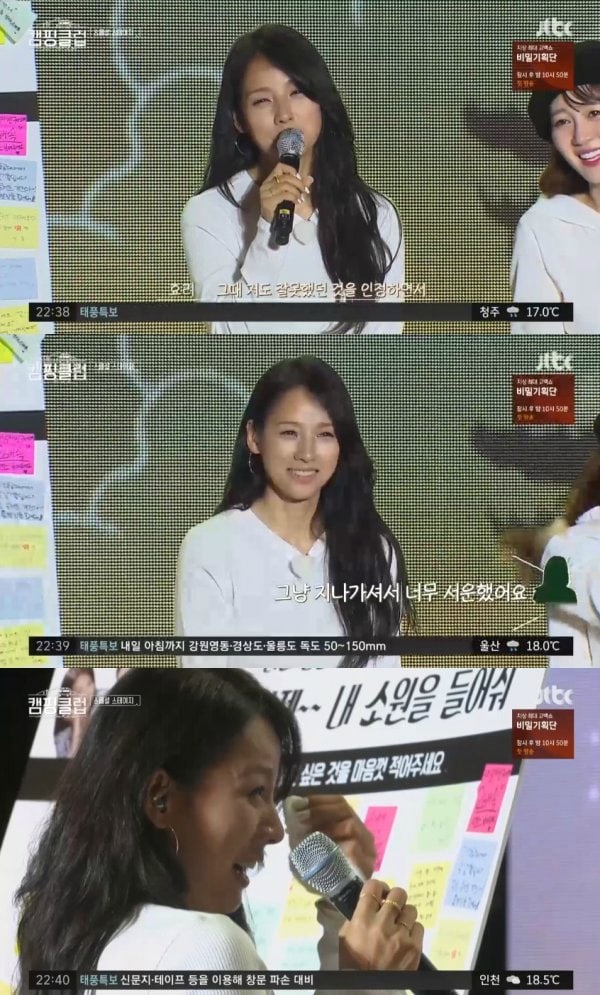 Lee Hyori
Fin.K.L
Camping Club
How does this article make you feel?