On the September 22 episode, Heechul headed to a set to film a no-smoking campaign as the promotional ambassador for anti-smoking.

Reflecting on his past habit, he said, “Smoking is the biggest thing I regret in my life.” At the studio, Kim Heechul’s mom told a story of the time she found his cigarettes. She and her husband disappointingly told Kim Heechul to take care of it on his own, and it has now been over 10 years since the idol quit smoking.

After filming, Heechul went to eat dinner at Jung Joon Ha’s restaurant which he goes to frequently. The two celebrities chatted over dinner and Kim Heechul suddenly asked, “Didn’t you retire from the entertainment industry?” With a startled laugh, Jung Joon Ha replied, “You’re acting up again.”

Heechul continued, “You know how we’re close with [comedian] Choi Koon. He called me concerned, saying, ‘I don’t think Joon Ha wants to promote in the entertainment industry. I’m not sure. He seems to be focused on his restaurant.’ So I said, ‘Is he retiring?’ and that might be how rumors spread.” 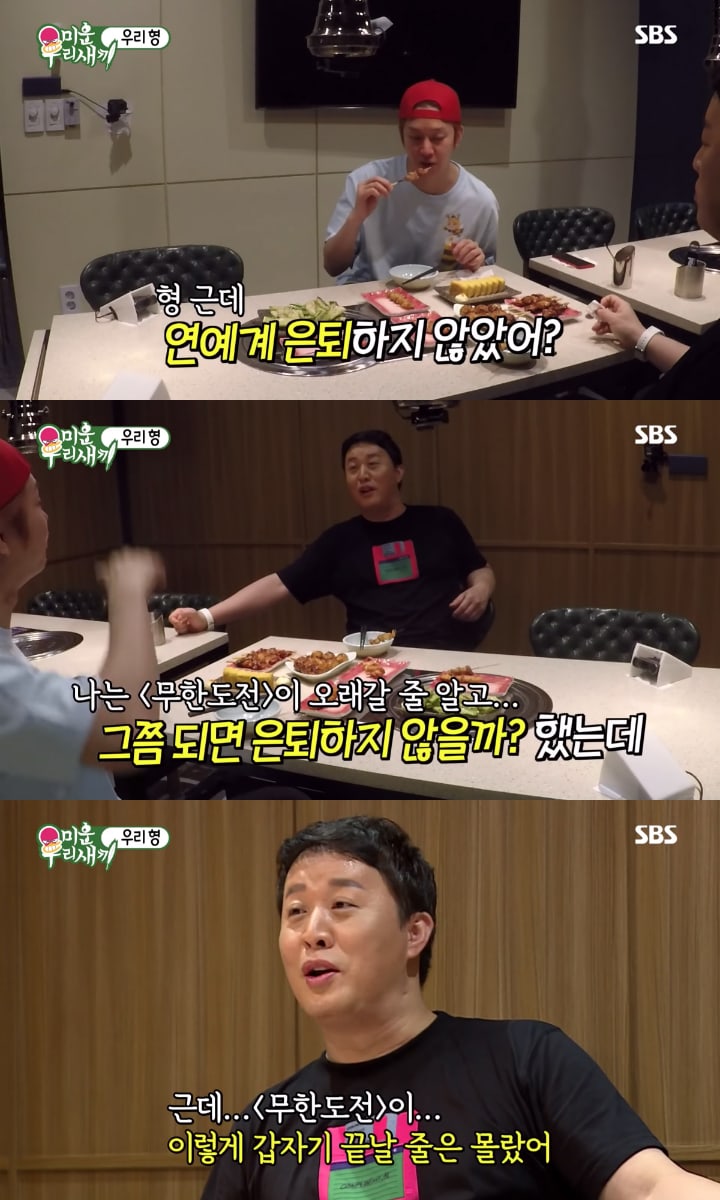