IU celebrated her 11th debut anniversary with a special fan meeting where she shared some exciting news.

Not only was she celebrating their 11th debut anniversary, but this was IU’s first time holding an official gathering with fans since the end of her highly popular tvN drama “Hotel Del Luna.” During the event, IU talked about her past, present, and future, and she began by picking the best dressed fan for the dress code event that she holds for every fan meeting, with this year’s theme being “11 years with IU.”

IU performed 10cm’s “Lean On My Shoulder,” explaining that it was her favorite OST from “Hotel Del Luna.” She also sang “Happy Ending,” which was played during the drama but was never officially released. 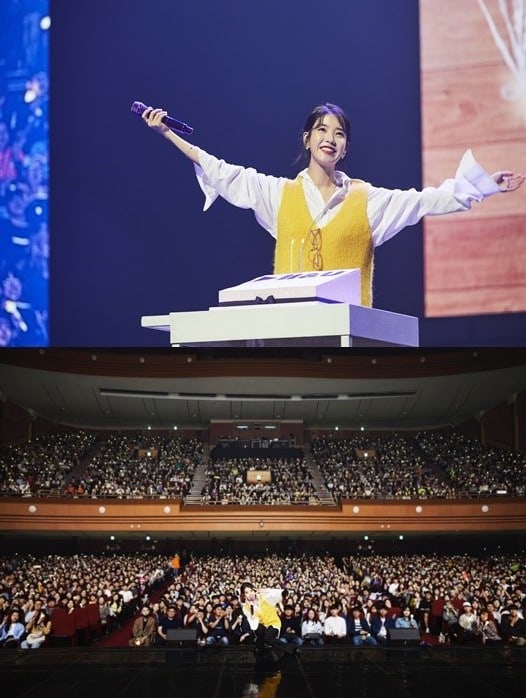 The singer and actress is known for making meaningful donations to help those in need, and she revealed that she had made quite a special donation. On September 18, IU celebrated her 11th debut anniversary by donating 100 million won (approximately $83,800) under the name “IUAENA,” a combination of IU and UAENA, her official fan club name.

IU also shared that she will be holding her 2019 solo concert “LOVE, POEM,” which will begin in Gwangju in November and go to Incheon, Busan, and Seoul, before IU heads off on an Asia tour to Taipei, Singapore, Manila, Kuala Lumpur, Bangkok, and Jakarta in December. IU’s agency also noted, “She is currently working on a new album.”

The concert dates were shared on her social media accounts.

Are you excited to hear all this good news from IU?

Catch up with her latest project “Hotel Del Luna” below!