Rookie girl group Rocket Punch has participated in their first-ever photo shoot through @star1’s October issue. During the interview, the girl group talked about the support they receive from senior groups at their label, participating in “Produce 48,” and their goals for this year.

Rocket Punch is the newest girl group of Woolim Entertainment, an agency that also houses Lovelyz. The Rocket Punch members said, “Lovelyz gives us a lot of support. Thanks to them, we became more confident and gained energy. We will do our best to become a junior group that earns their acknowledgement.” 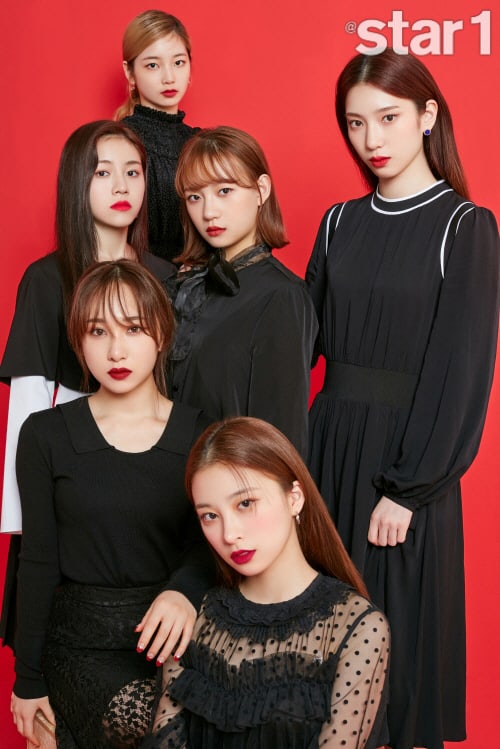 Juri, Sohee, and Suyun talked about participating in Mnet’s survival program “Produce 48.” They said, “Through the program, we realized that the amount of effort we put in determines how much we shine on stage, and we became more responsible for our dreams. It’s the gratitude and desperation we felt [during the show] that allow us to stand firmly now.”

Rocket Punch also shared that the goals they would like to achieve this year are growth and recognition. The group commented, “We are practicing a lot to continue to go forward. We want to be a group that deserves to receive a rookie award at year-end award shows. We will become performance masters that make people want to keep looking up our performances.”

@star1
Rocket Punch
How does this article make you feel?