During a recent photo shoot with GQ Korea, Kim Jin Woo pulled off a variety of styles from a chic suit to glamorous outfits. In the interview that followed, the singer talked about making his solo debut, his friendship with WINNER members, and more.

When asked if he feels awkward promoting alone, Kim Jin Woo answered, “I’ve rarely participated in solo interviews like this. When we participate in interviews as WINNER, Kang Seung Yoon and Lee Seung Hoon usually answer the questions. I personally find interviews difficult. I’m shy. It’s easier for me to write [my answers] than saying them.” 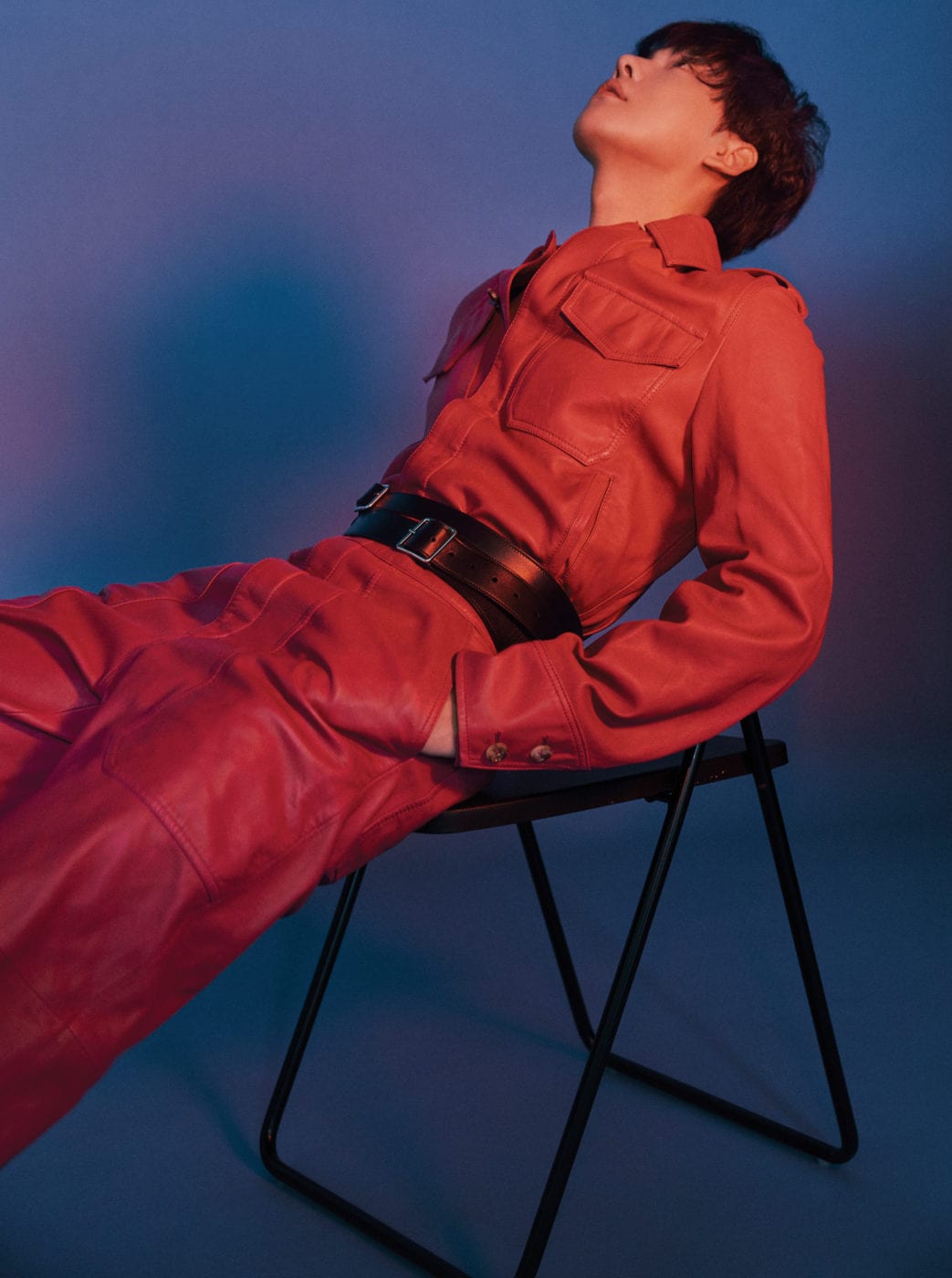 Kim Jin Woo continued, “I feel comfortable when I’m with my members. I depend on them a lot. We’ve lived together for 10 years, and they feel more like my family than my actual family. When I’m with people I feel comfortable with, I open my whole heart to them. It’s difficult for me to approach someone first, but once I open my heart, I can give them endless love.”

The WINNER member also talked about performing as a soloist. Kim Jin Woo said, “It’s a bit different on stage. Doing a solo performance is easier than doing a solo interview. I felt lonely at first, but it was fun to show people who I am as an individual instead of as a WINNER member.” 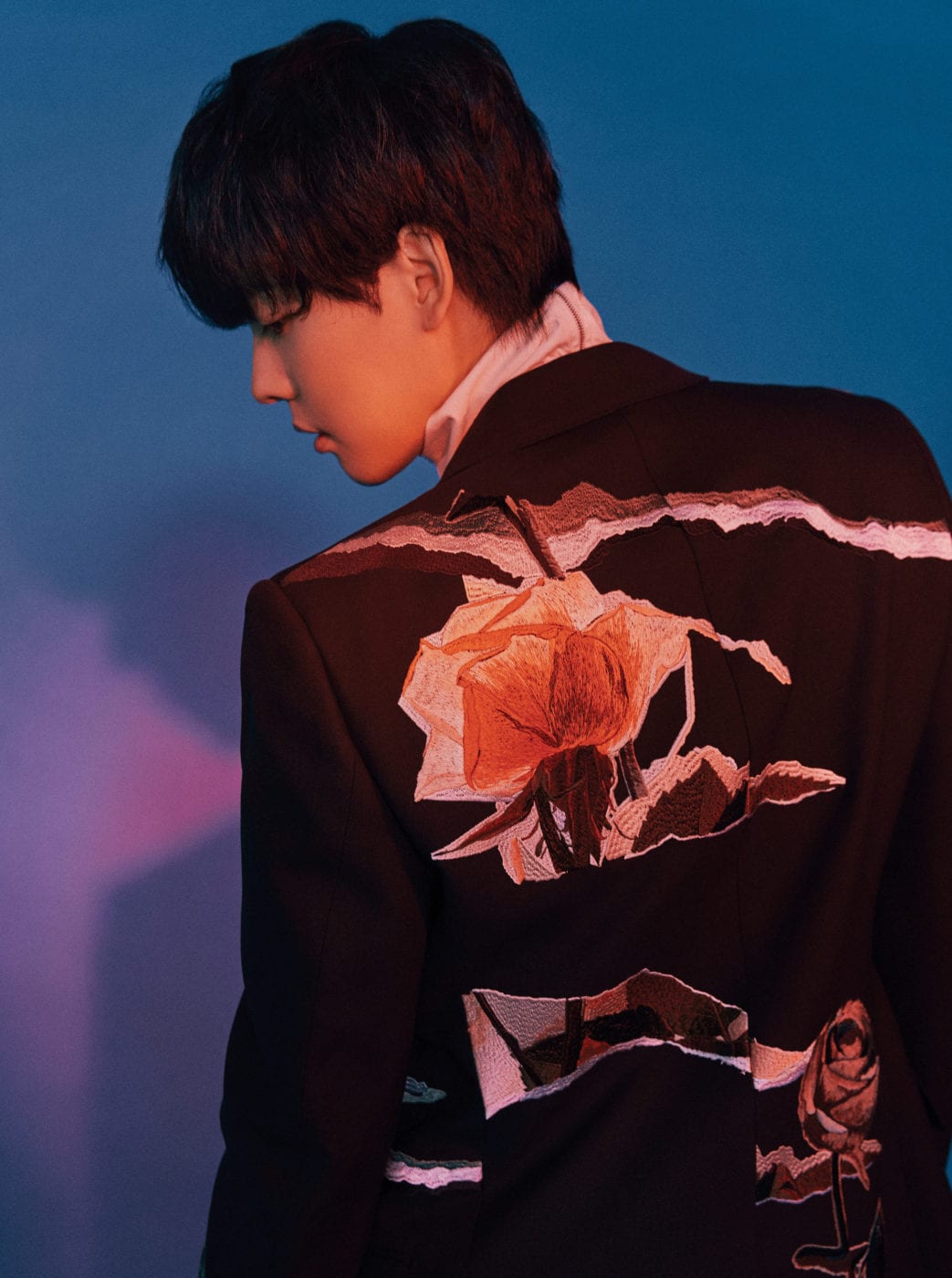 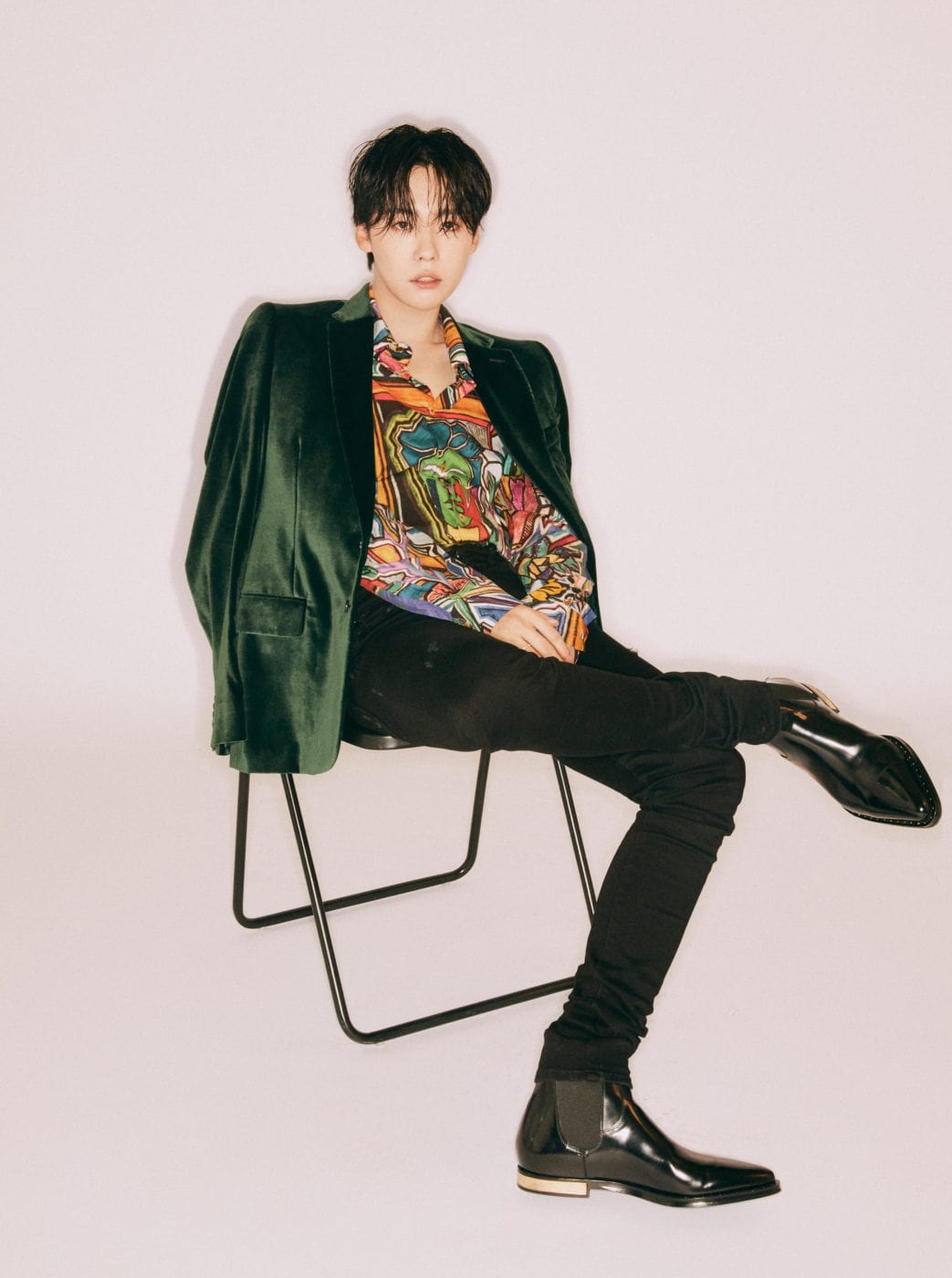 Kim Jin Woo has appeared on many variety shows that required him to overcome hardships, such as traveling to an unfamiliar country in “Wizard of Nowhere,” being locked in prison in “Do the Right Thing,” and more. Kim Jin Woo commented, “I just did everything they asked of me. I don’t think being an idol is anything special, and I don’t want to be trapped in that frame. That’s why I show myself as I truly am on variety shows. People know when someone is being fake. If I’m able to tell whether someone is being sincere or not, why wouldn’t they?” 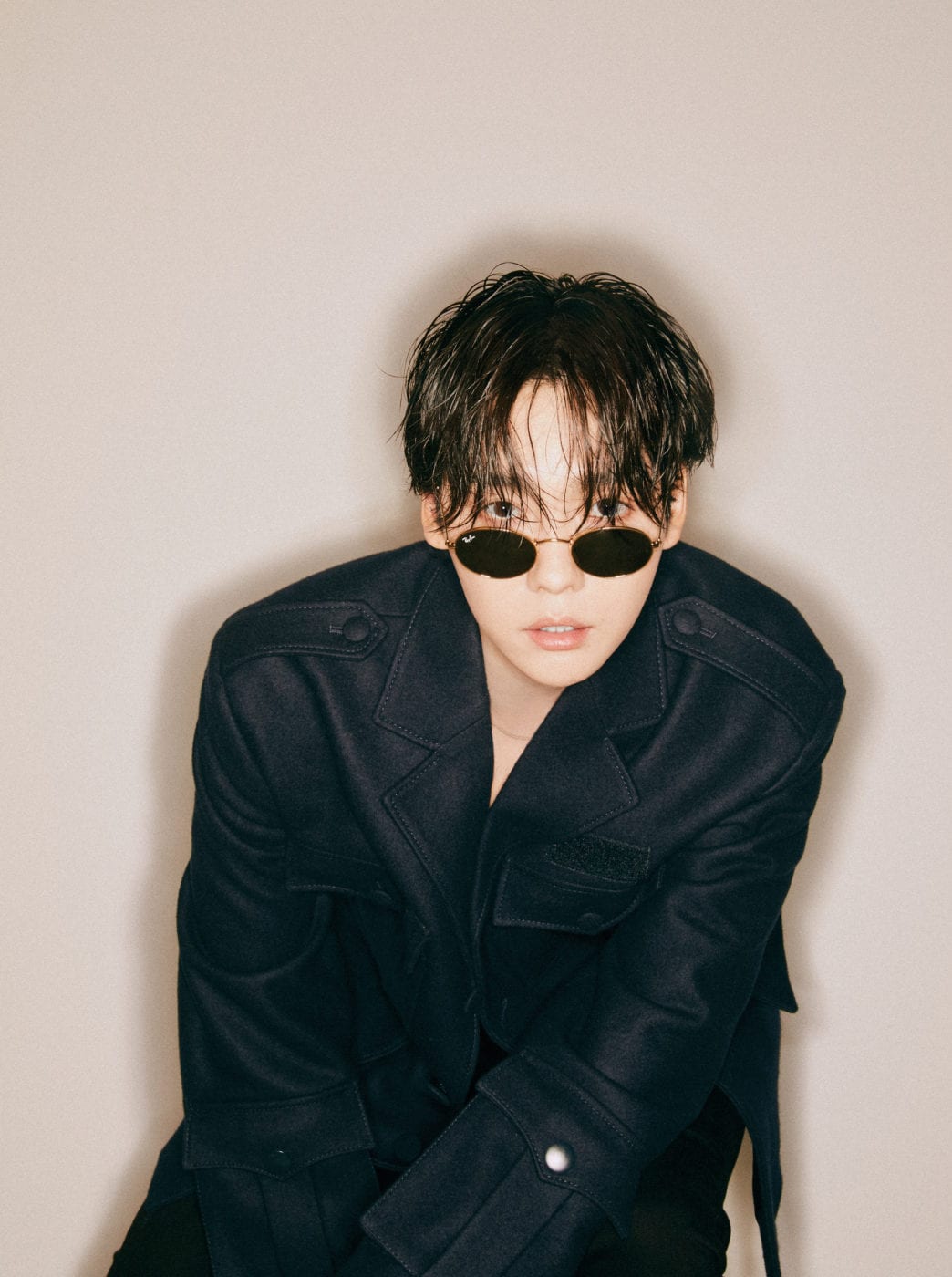 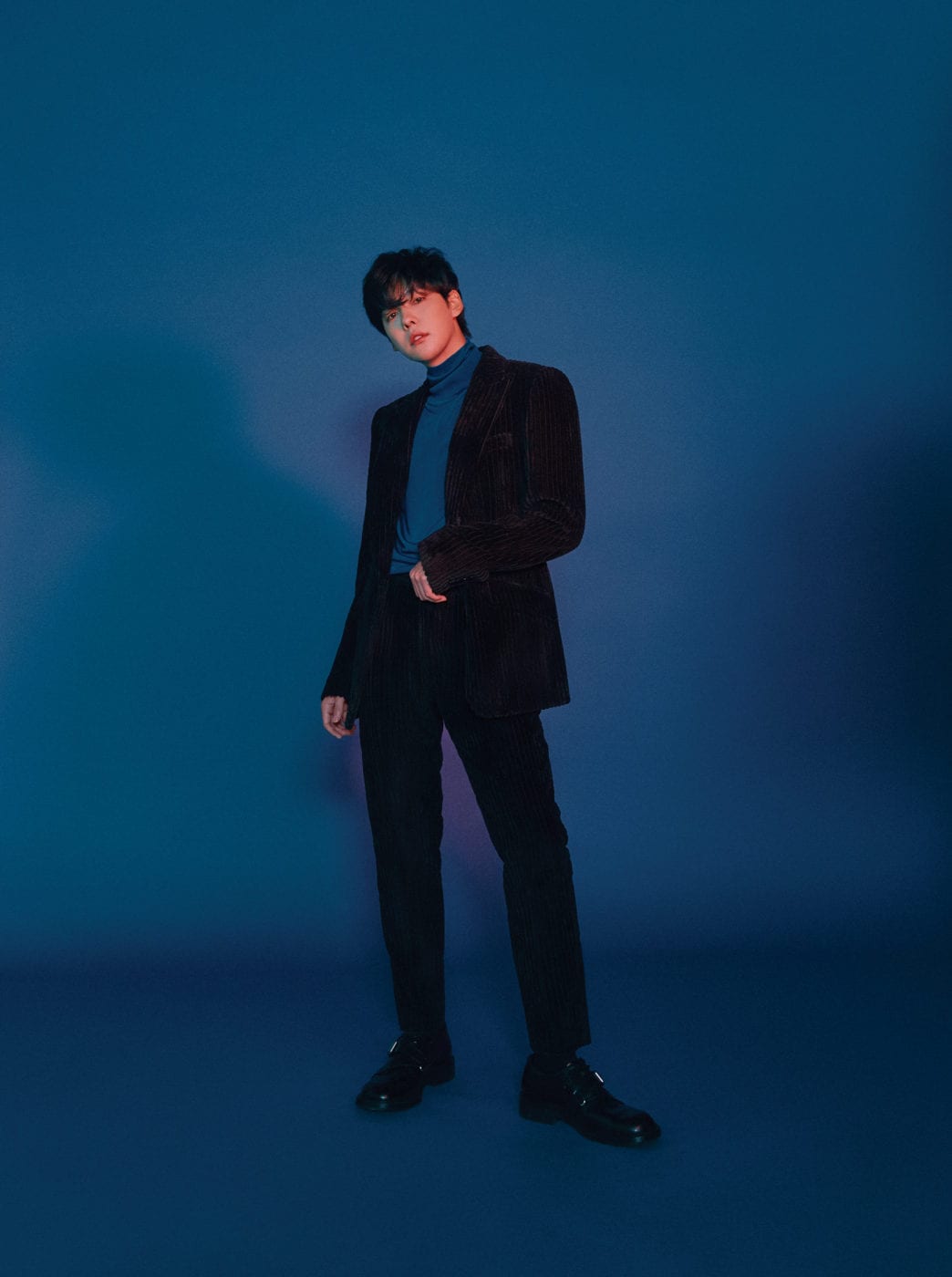 When asked about his drinking habits, Kim Jin Woo answered, “I talk a lot. I talk about needless things and become honest. My habit is that I drink more when I’m drunk. I don’t get up until everyone else is up.” He also shared that he recently had drinks with Kang Seung Yoon. Kim Jin Woo continued, “We had a bottle and a half of whiskey. We were drinking at Seung Yoon’s house, and other members joined us later.”

Kim Jin Woo also talked about his friendship with Song Mino. He stated, “I don’t know how people view Mino, but in reality, he is very thoughtful. He tends to approach me first and asks if there’s anything that’s making me uncomfortable. He worried a lot about my solo debut, saying that I was like a child without his guardians around.” 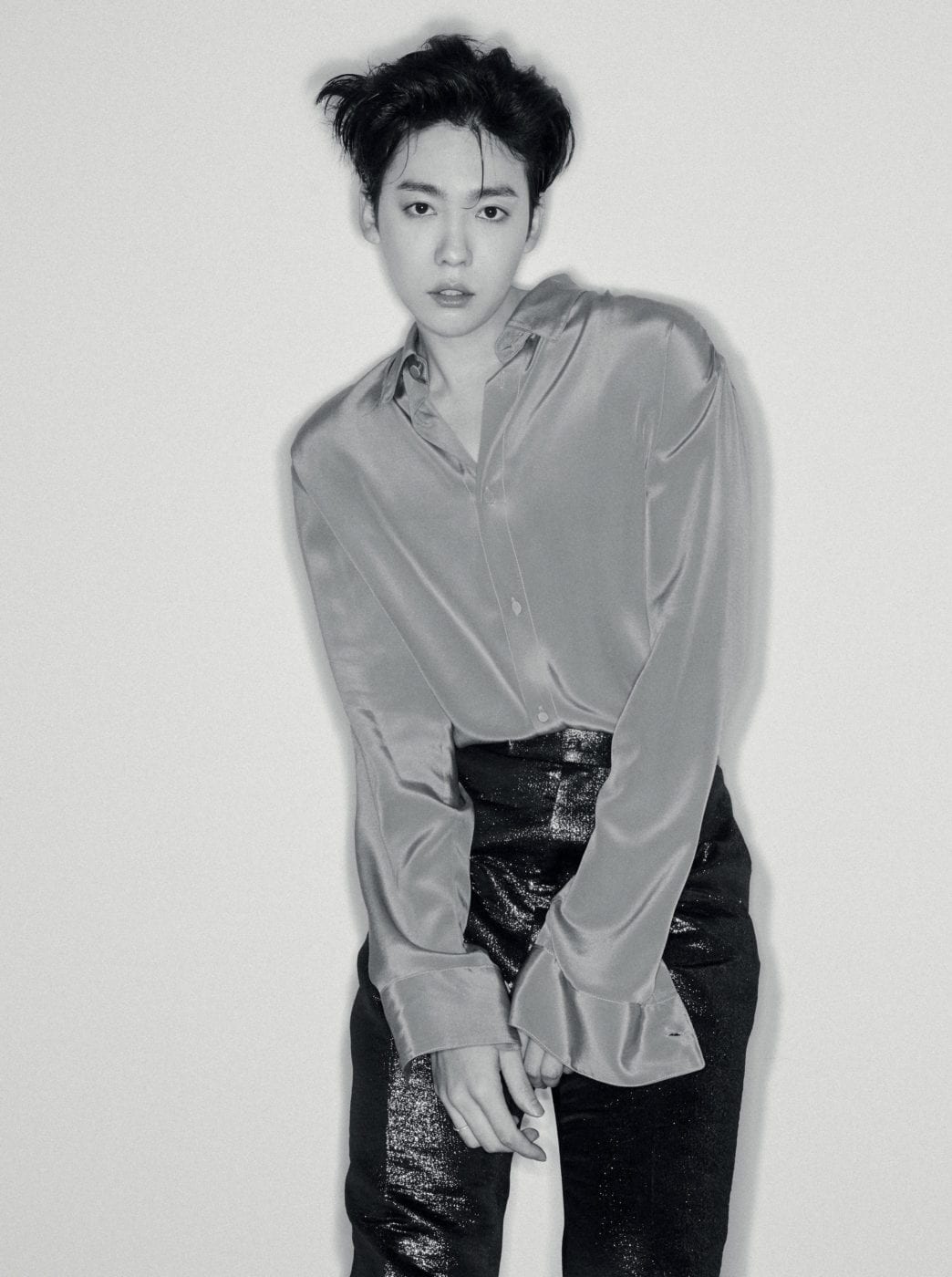 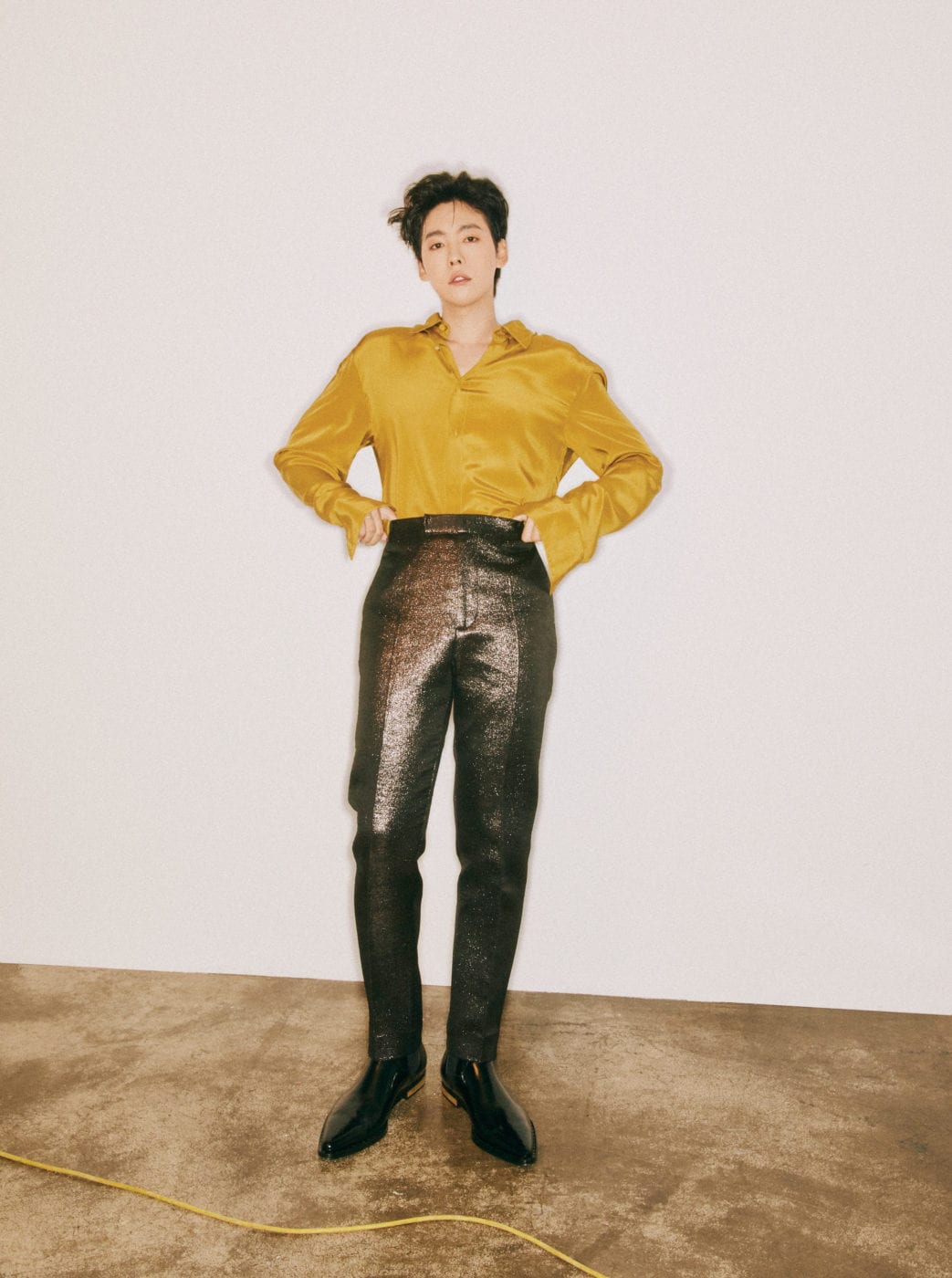 Lastly, Kim Jin Woo mentioned that he is currently living in his heyday, just like the title of his solo album “JINU’s HEYDAY” suggests. He explained, “I’m 29 years old (in Korean reckoning), the heyday of my 20s. However, this is not the end. There will be another heyday in my 30s and 40s.”

WINNER
GQ Korea
Kim Jin Woo
How does this article make you feel?