MBC’s “Tale of Nok-Du” has unveiled images of the unique first meeting between Jang Dong Yoo and Kim So Hyun in the drama!

Based on a webtoon of the same name, “Tale of Nok-Du” is a historical rom-com about a man named Jeon Nok Du (played by Jang Dong Yoon), who disguises himself as a woman to enter a mysterious all-female community. There, he meets Dong Dong Joo (played by Kim So Hyun), a girl who wants to run away from her training as a gisaeng (female courtesan). 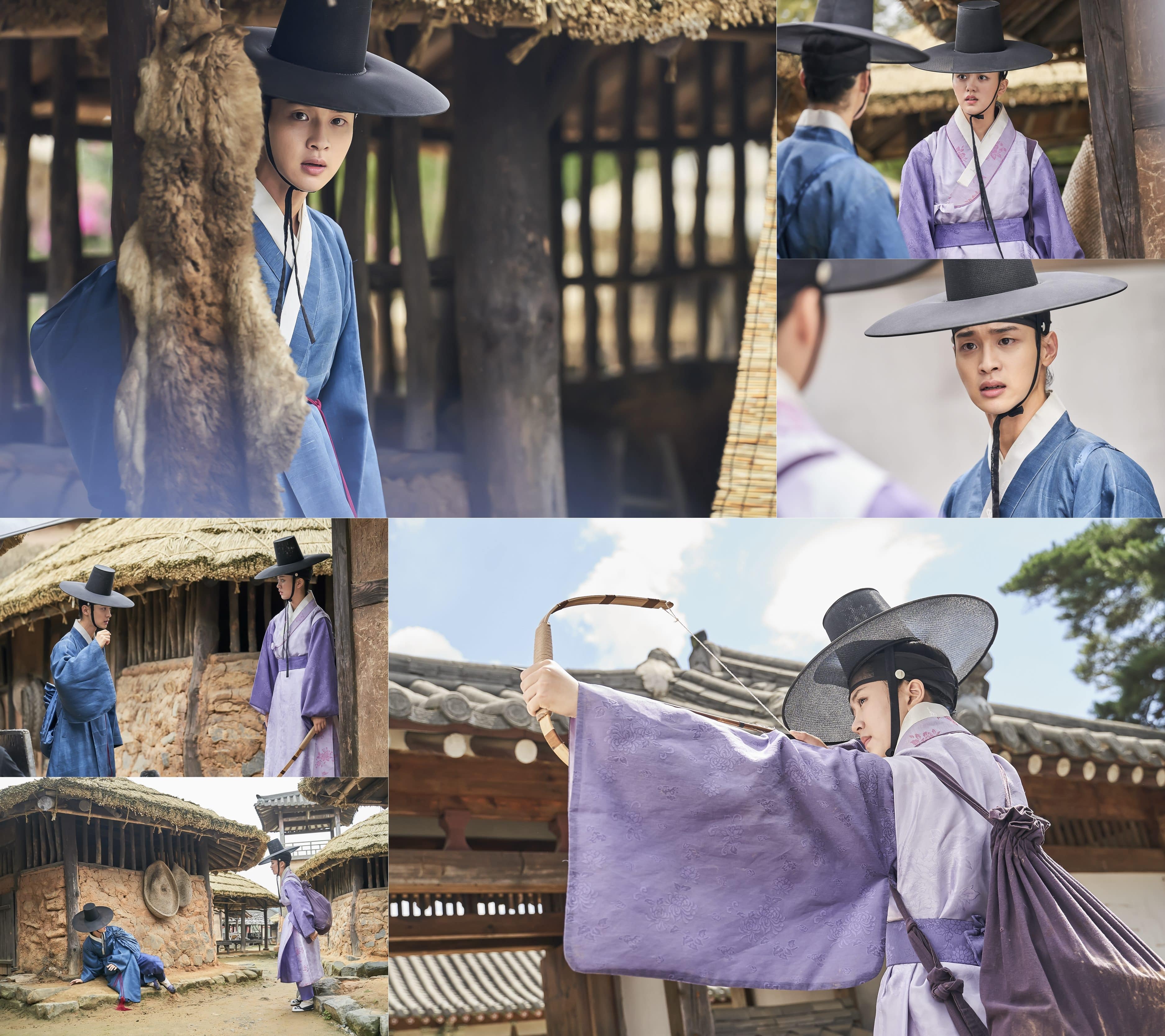 The newly-released images show Dong Dong Joo dressed in men’s traditional clothing and pulling back a bowstring, piquing viewer’s curiosity as to her story. Meanwhile, Jeon Nok Du is stealthily chasing someone before he comes across Dong Dong Joo. They exchange fierce gazes, marking the beginning of their entangled relationship.

A producer for the drama stated, “Nok Du and Dong Joo show exceptional chemistry in their first meeting after each escaping from an island village and a gibang (courtesan house), respectively. Viewers can also anticipate the romantic synergy of Jang Dong Yoon and Kim So Hyun as they immerse themselves in their roles.”

“Tale of Nok-Du” premieres September 30 at 10 p.m. KST and will be available on Viki with English subtitles.