In the interview with Allure, Lee Jin Hyuk shared his current thoughts and desires to promote as an artist. When asked how he’s feeling these days, he said, “I’m happy. These days, I’ve gotten greedy. It’s not greed for something materialistic, but for promoting.” Lee Jin Hyuk also talked about wanting to earn his fans’ trust by constantly communicating with them through live broadcasts and fan meetings. 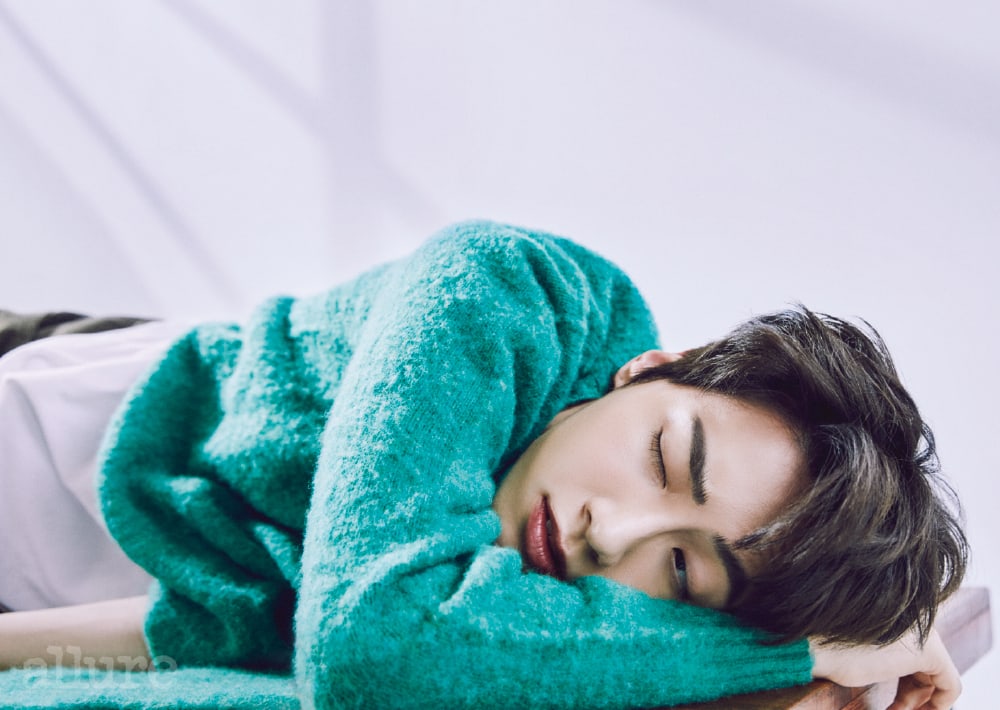 Lee Jin Hyuk also talked about his famous makeup pouch that’s shaped like a Shiba Inu. He shared, “The Shiba Inu pouch is something I received from my makeup artist as I was going on ‘Produce X 101.’ During the program, we had to do our own makeup. While going on the show, I was hurriedly given a few tips, but I actually learned more from the other trainees in the dorms. Moon Hyun Bin drew my eyeliner, and Woo Je Won touched up my hair with a straightener. Tony is also really good at makeup. He even carries around a makeup box. I thought this was professional of him.” Lee Jin Hyuk added, “I’m thinking about switching my pouch these days because my fans gifted me a pouch with my character on it.” 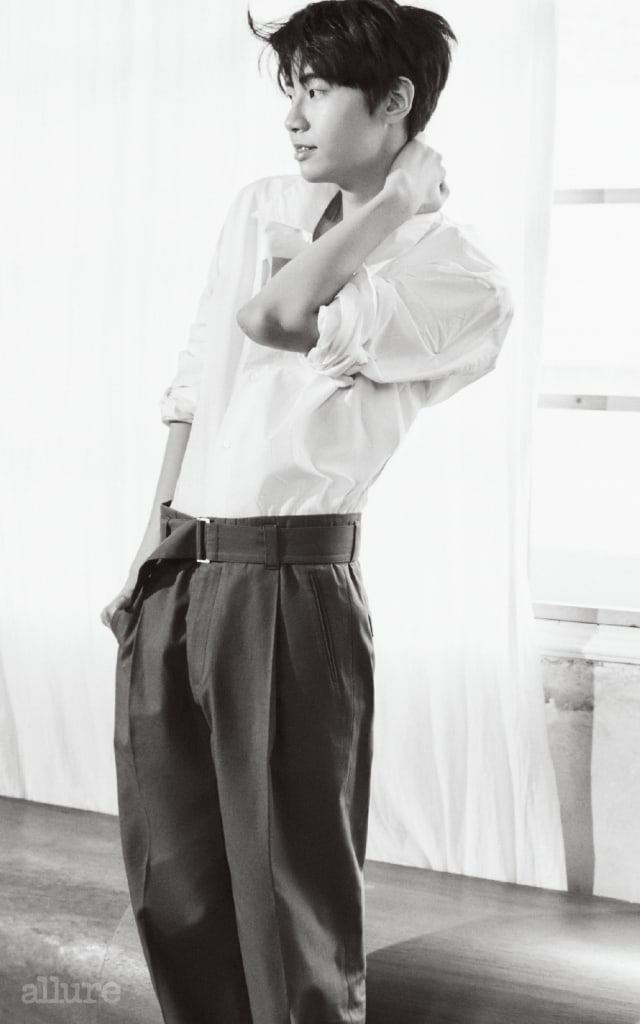 The artist also talked about frequently using a tinted lip balm from Burt’s Bees because it’s easy on his skin and helps retain the color on his lips. He revealed that he uses face masks and cool moisturizers to take care of his dry skin. Lee Jin Hyuk also explained that it immediately shows on his face when he’s feeling tired or when he’s in a good condition. He shared, “That’s why I focus on managing my emotions on a normal basis. My emotions easily show up on my face.” 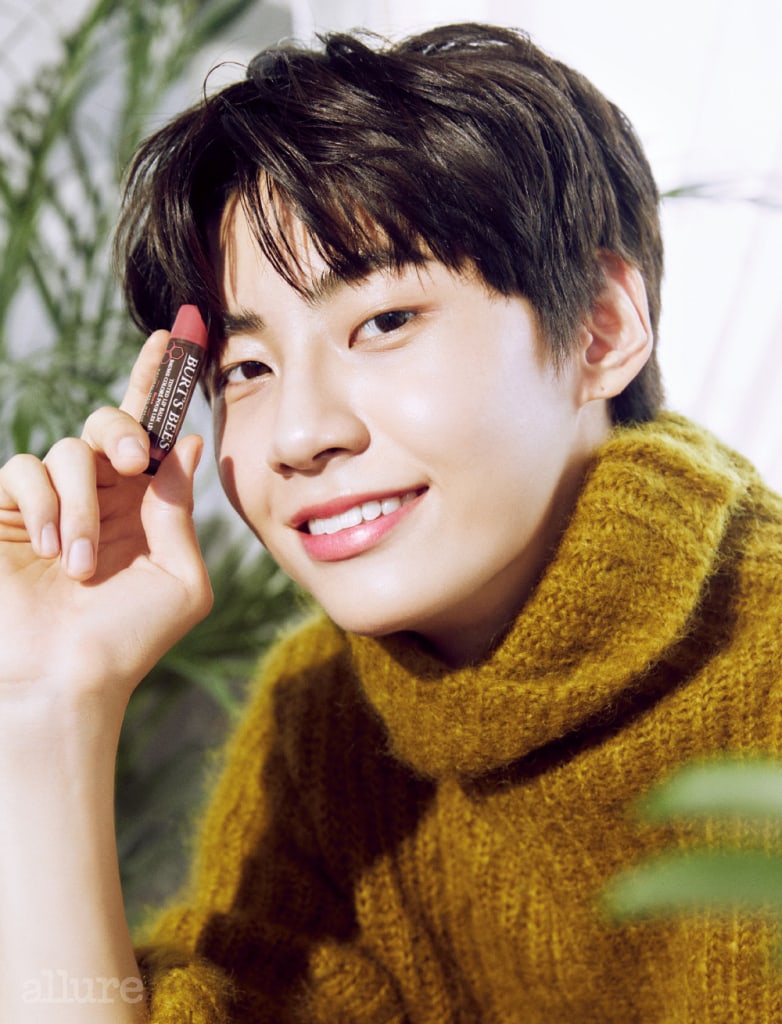 Furthermore, Lee Jin Hyuk shared that he tries to have a positive mindset. He explained that he imagines multiple people inside of himself, and rather than sharing his anger with other people, his “other self” would feel angry for him instead. However, Lee Jin Hyuk added, “Of course, I speak out when someone crosses the line. There’s a difference between being nice and being naive.” 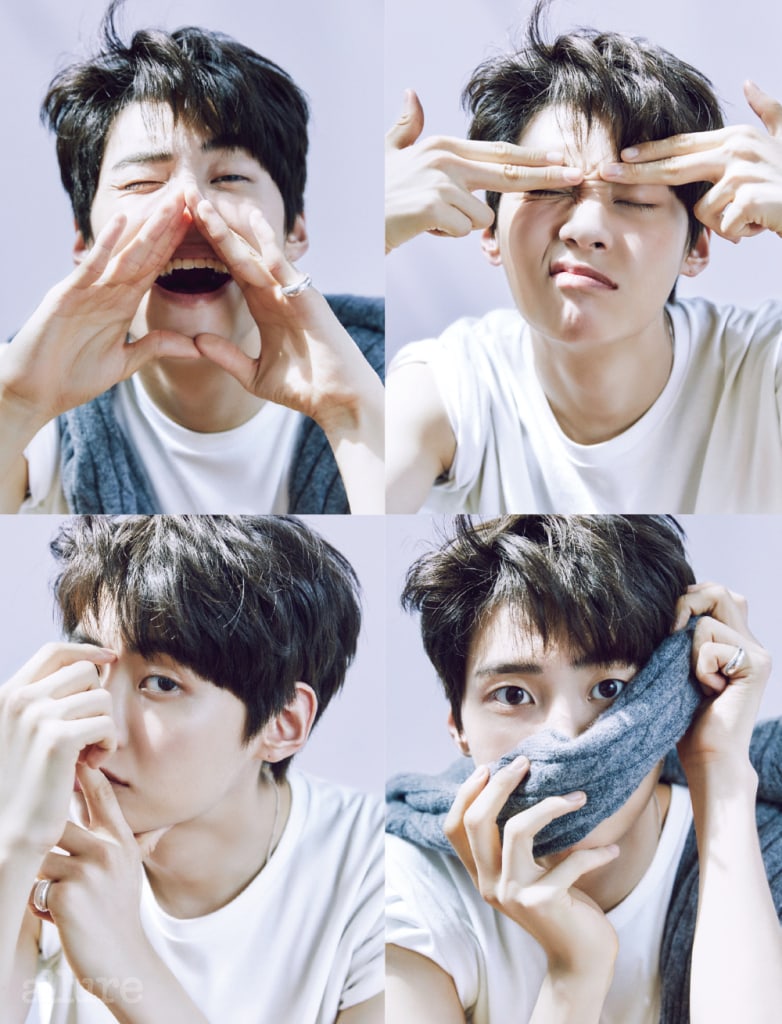 Finally, Lee Jin Hyuk explained that he is planning to promote solo, adding, “The most important thing is to not change. I always feel responsible about performing and feel pressured by it.” He shared, “I want to show the diverse sides of myself. Right now, I want to actively perform on stage through collaborations [and other opportunities],” expressing his desire to not disappoint his fans. 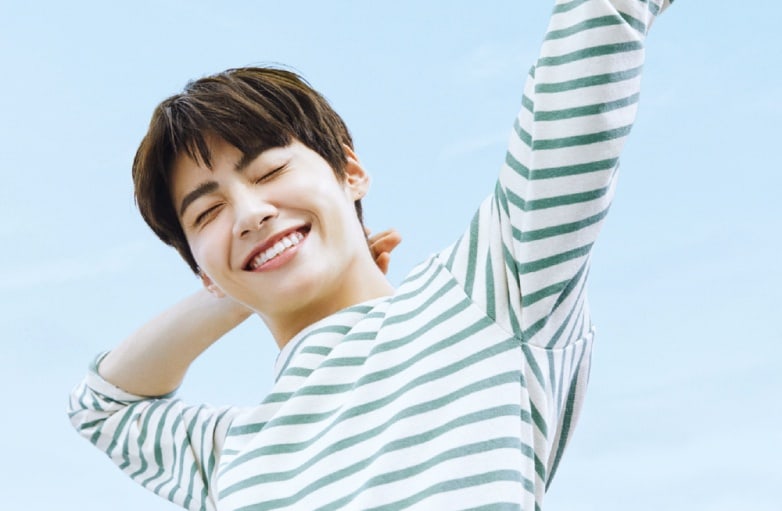 UP10TION
Allure
Lee Jin Hyuk
How does this article make you feel?