Yeo Jin Goo, the male lead in the hit drama “Hotel Del Luna,” arrived in Singapore to meet fans at a special event on September 23.

“It’s been a while and I’m happy to be back here again meeting all of you,” he said at a media conference for the event. “This time I’m here to promote my latest drama ‘Hotel Del Luna.'” The actor who played Goo Chan Sung in the talk-of-the-town drama “Hotel Del Luna” will also go on a haunted house tour at the Halloween Horror Nights 9 at Universal Studios Singapore.

“I’m very glad that ‘Hotel Del Luna’ was well-loved not only in Korea but also across Asia,” commented Yeo Jin Goo. “Because of the overwhelming response, I was a little nervous before coming here. After arriving in Singapore, I felt so happy and relieved that I’m finally here to meet all my fans.”

Back after two years, what does Yeo Jin Goo miss about Singapore? “After my work is completed today, I’ll head straight to have chili crab, and it’s what I cannot miss while I’m here in Singapore,” he said. “I had lots of fun and good memories when I was at Clark Quay the last time so I would like to visit it again. Of course, I’m open to exploring new places so please share your recommendations!”

“Hotel Del Luna” not only dominated its time slot but also broke tvN’s records for the years 2018 and 2019. Yeo Jin Goo was asked if he expected the drama to do so well. He explained that when he first received the script for “Hotel Del Luna,” he was very intrigued by the whole setting of the drama—it’s set in a mysterious hotel only ghosts can stay at. Yeo Jin Goo thought it would be interesting for a lot of viewers but had never expected such an overwhelming response from fans all across Asia. As he found out that the drama was well-loved, it made him enjoy the filming on set even more. Even after the drama was over, he was touched by the support from fans outside of Korea. “I’m so thankful and happy for the opportunity to meet fans over here,” said Yeo Jin Goo.

When asked what makes “Hotel Del Luna” so appealing to its audience, Yeo Jin Goo said, “I think there were two very important factors that contributed to the success of this drama. Firstly, there’s a very interesting plot that goes forth between the before-life and afterlife. It spanned over 1,300 years, so the characters go back to the past and come back to present time. The capture of the timeline within the drama appeals to the fans. Each and every character has their own storylines so that’s what makes it interesting and appealing to a lot of fans.” 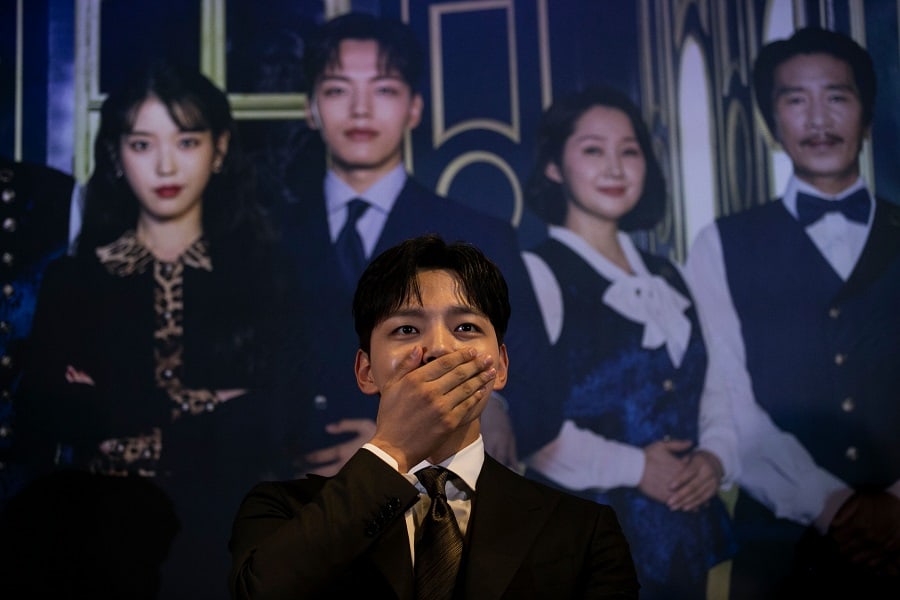 Yeo Jin Goo’s reaction when asked to act out a scene of him seeing Man Wol in front of him.

Yeo Jin Goo was asked if he would have considered becoming an hotelier if he hadn’t become an actor. He shared that before taking on the role of Goo Chan Sung, he wasn’t particularly interested in being an hotelier. “After I had seen the script and began to seriously wonder about how I was going to prepare for the role, I looked back at the times when I was staying in different hotels all across the world,” he said. “I tried to recall moments where I saw the hotel staff going about serving their guests. I must say it’s a very tough job. To be an hotelier, you need to be very intelligent. It would be a little tough for me although I’m pretty meticulous.”

On the topic of Yeo Jin Goo’s successful transformation from being a child actor, he was asked about his secret and whether making his start as a child actor gave him an advantage. In response, Yeo Jin Goo revealed that he had a lot of fears before embarking on “Hotel Del Luna.” The role of Goo Chan Sung was very different from his previous roles, as his character is more serious and down to earth. Preparing for the role in his other latest drama had also given him the mindset to “just give it a go” in “Hotel Del Luna.”

He added, “During filming, we were all enjoying ourselves very much. When we had free time, we would take photos together and chit chat. Our Head of Room Services Choi Seo Hee [played by Bae Hae Sun] took really good care of me, as well as the rest of the cast and crew. It was really memorable.”

He continued, “Because we are so tight-knit and the drama’s ending wasn’t exactly a happy one, I remember crying so much after filming the last scene. The same went for all my co-stars.”

When asked if he’s afraid of ghosts, Yeo Jin Goo made many people laugh when he showed his funny side and shared, “I’m not afraid of ghosts or the supernatural but I get frightened by things that appear suddenly, like bugs. That really scares me.”

Does Yeo Jin Goo believe in an afterlife? The answer is yes. He said, “In fact, there is a saying in Korea that if you waste food or leave food on your plate, after you pass away, you have to finish all the food you left behind as a punishment, so I try not to waste any food.” 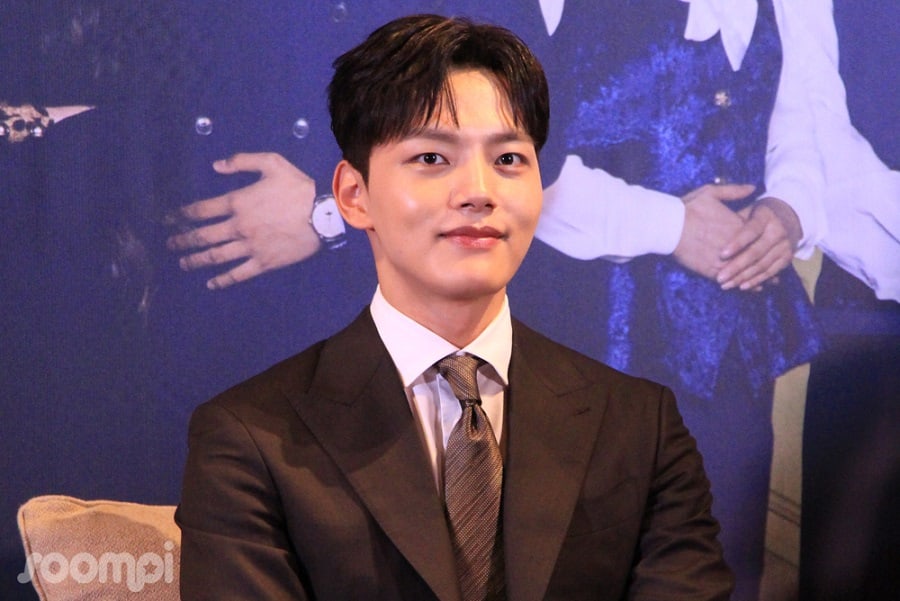 Yeo Jin Goo was asked which character he’d want to be if he could be someone in “Hotel Del Luna” for a day. He answered, “I want to be Man Wol. Perhaps not Man Wol herself, but someone similar to her. Someone who does everything she wishes.”

Having played more bright and heavy characters, how does Yeo Jin Goo adapt to playing a mature character like Goo Chan Sung? Besides it being very different from his past roles, the audience doesn’t get to see a huge character transformation in Goo Chan Sung. Yeo Jin Goo felt that it was very important for him to have a full understanding of what kind of a person Goo Chan Sung is before filming begins. Yeo Jin Goo prepared for the role by meeting with the director, doing a lot of research, and deep diving into his character study.

Yeo Jin Goo admitted that he was worried before taking on “Hotel Del Luna.” He said, “I thought it might be something too new for the viewers. But when I read the script, there was a line by the hotel manager that said, ‘Aren’t you interested to find out more about a world that no one knows about?’ It cast a spell on me and made me attracted to this role in ‘Hotel Del Luna.'”

Yeo Jin Goo was asked what he would say to Jang Man Wol if he met her in real life. The question took him by surprise and Yeo Jin Goo said after some thinking, “I would be happy to meet her and maybe I would say things like, ‘Oh, you are very pretty!'” He went on to joke, “I may also ask her for an invitation to the hotel.”

It has been a productive year for Yeo Jin Goo with three dramas. He was asked to describe the difference between preparing for a movie role versus a drama role and which he prefers. Yeo Jin Goo found it difficult to choose as they are very different in nature. “As a drama actor, one needs to be very adaptive and proactive,” he said. “The script for the entire series doesn’t come to you at once, and during filming, there might be changes to the storyline. But for a movie, the whole script comes to you to prepare for the role, to deep dive, and research before filming begins. I would say that it allows you more time to fully prepare for the role. They have different charms and I want to do well in both, so I wouldn’t choose one over the other.”

We hope to see Yeo Jin Goo in a new drama or movie really soon!

If you haven’t already seen it, catch Yeo Jin Goo in “Hotel Del Luna” below!

Yeo Jin Goo
Hotel Del Luna
How does this article make you feel?