On September 24, Good Data Corporation posted their weekly rankings of the most buzzworthy dramas and actors. The results are from the company’s analysis of 30 currently airing and upcoming dramas from September 16 to September 22.

Coming in at No. 1 this week on the list of most buzzworthy dramas was JTBC’s new show “Flower Crew: Joseon Marriage Agency.” Viewers praised the show for its interesting story line and great chemistry from the actors. Park Ji Hoon also rose in ranks to No. 1 on the list of buzzworthy actors, and the drama’s leads Kim Min Jae and Gong Seung Yeon took the No. 8 and No. 9 spots, respectively.

SBS’s Friday-Saturday drama “Vagabond” took No. 2 on the buzzworthy dramas list. The drama was able to premiere at the top of its time slot on September 20, marking the highest viewership ratings in its time slot across all public broadcast networks. Due to this explosive popularity, its lead actors Suzy and Lee Seung Gi came in at No. 2 and No. 3, respectively, on the list of buzzworthy actors.

In third place was tvN’s “Arthdal Chronicles,” which recently aired its third and final part. Song Joong Ki was able to take No. 7 this week on the list of buzzworthy actors.

Following behind in fourth place was KBS2’s “When the Camellia Blooms,” which stars Gong Hyo Jin and Kang Ha Neul. Netizens’ heated anticipation for their appearances in the drama helped them take No. 4 and No. 5, respectively, on the buzzworthy actors list. 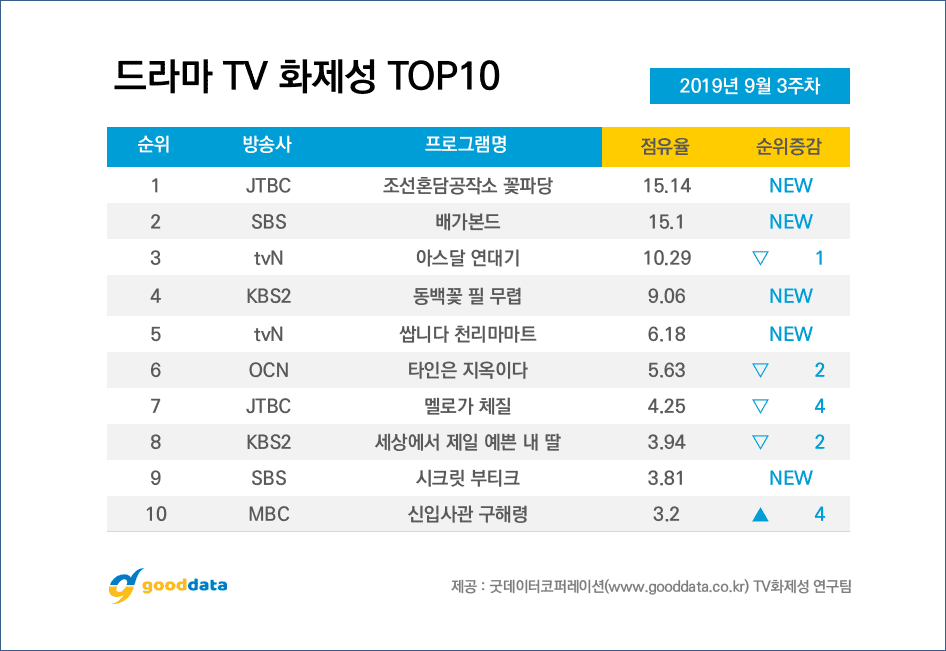 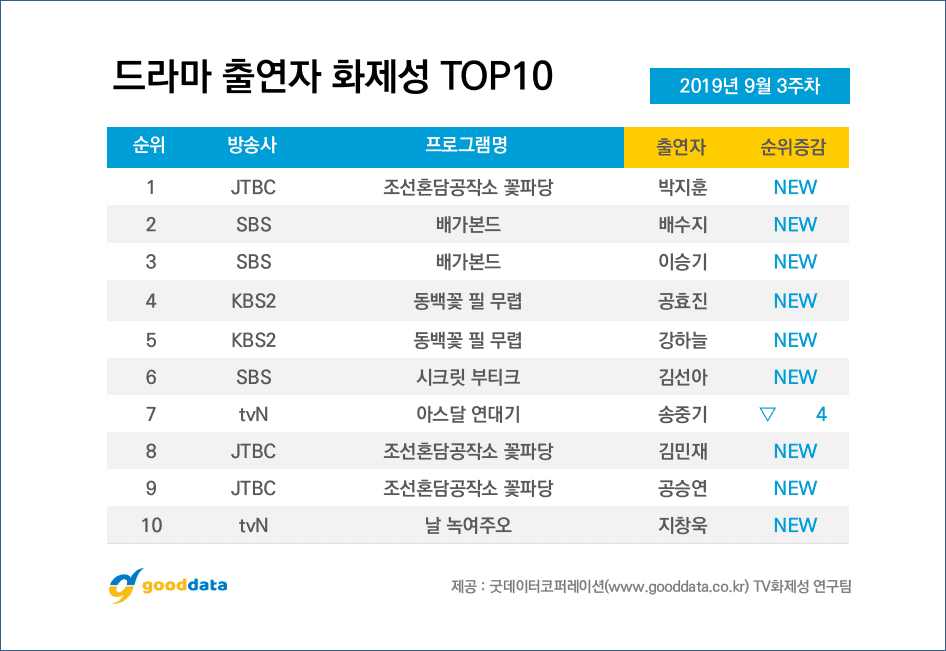 Watch an episode of “Flower Crew: Joseon Marriage Agency” below: