Red Velvet’s Wendy And Seulgi On Their Past Comebacks, Promoting Together For 5 Years, And More

For the October issue of Marie Claire, Wendy and Seulgi flew all the way to New York to participate in a photo shoot and interview. During the interview, the two Red Velvet members talked about concluding their promotions for “Umpah Umpah,” how they feel about promoting as Red Velvet for five years now, and how they relieve stress.

Seulgi said, “Out of the three albums that we are releasing this year, we have only concluded the promotions for [‘The ReVe Festival’] ‘Day 1’ and ‘Day 2.’ Because we still have the release of ‘Day 3’ left, we are not completely done. When we go back to Korea, we have to practice again and film a music video.” Wendy added, “‘Zimzalabim‘ was a new challenge for us, and I worried a lot about both the choreography and vocals while preparing the comeback. However, once we began promoting, I enjoyed it. When I look back at it now, I don’t have any big regrets.” 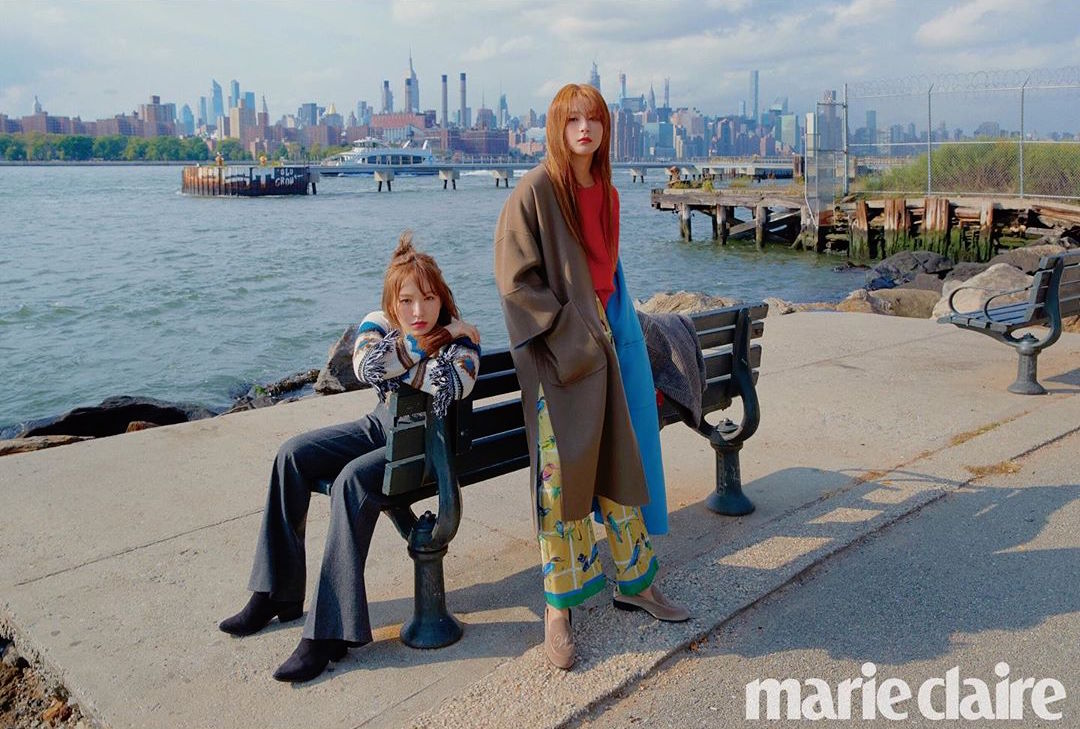 The two Red Velvet members also talked about entering their sixth year since debut. Seulgi said, “When we go to broadcasting stations nowadays, we are one of the veteran groups. I see junior groups rehearsing and think, ‘They are so cute.’ Sometimes, I’m surprised because I find myself thinking, ‘We had times like that too.'” Wendy commented, “I personally don’t want us to be the only ones feeling relaxed. I hope everyone who listens to our music can relax and enjoy it just like we do.”

Wendy continued, “There are moments I regret and wish to go back to. However, you can’t just go back. All those memories have become experiences for me. It’s been five years since our debut, and I finally think that we as Red Velvet found our unique color. When you look at our latest albums, ‘Zimzalabim’ is very novel, and opinions about the track vary according to people’s preferences, but ‘Umpah Umpah’ is a song that anyone can easily listen to.” Wendy concluded, “The past five years feel like the different stages we went through in the process of finding each of our distinct individualities. Compared to when we were rookies, we show our individualities and concepts more clearly now. I think the past five years were a time for us to learn more about ourselves.” 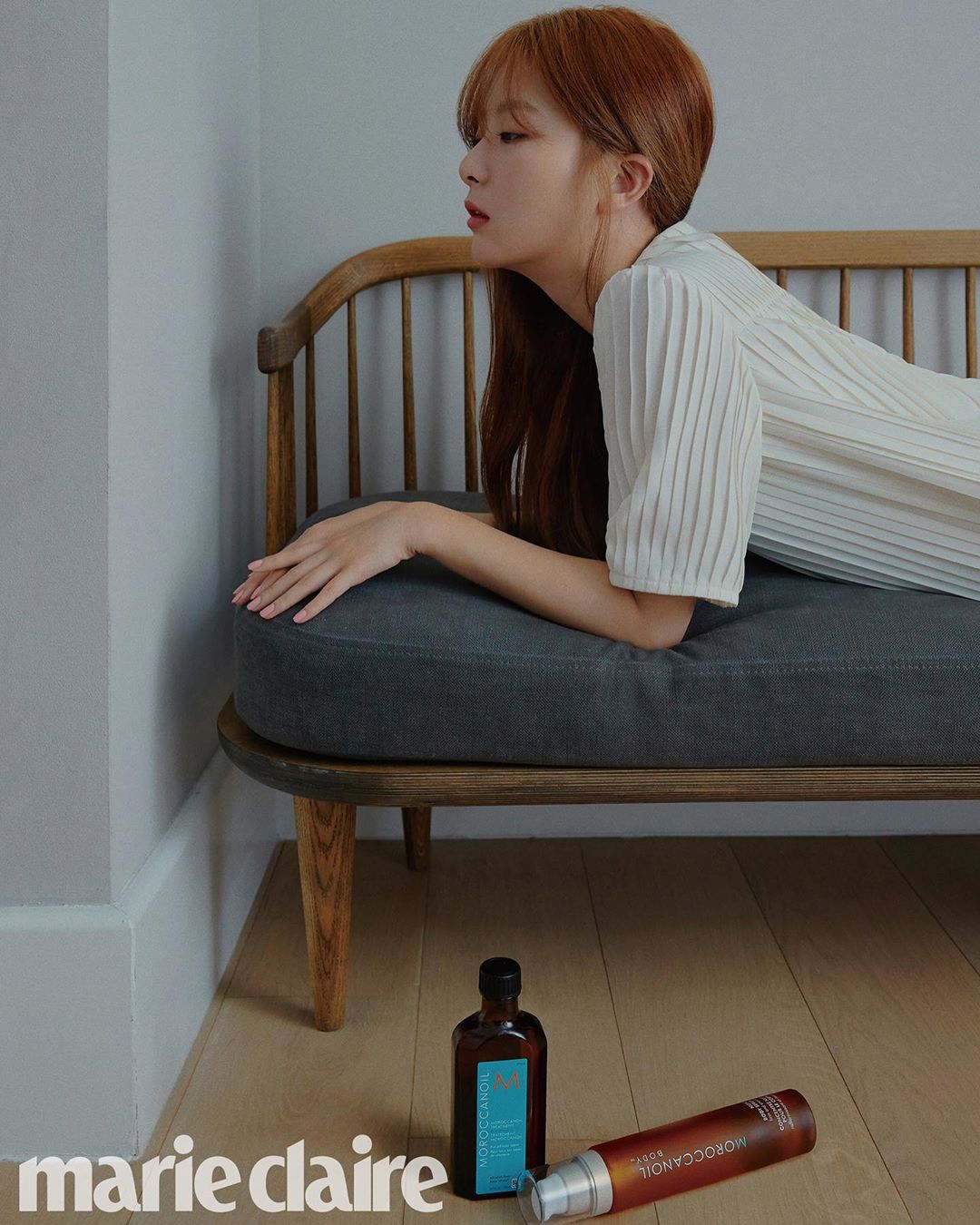 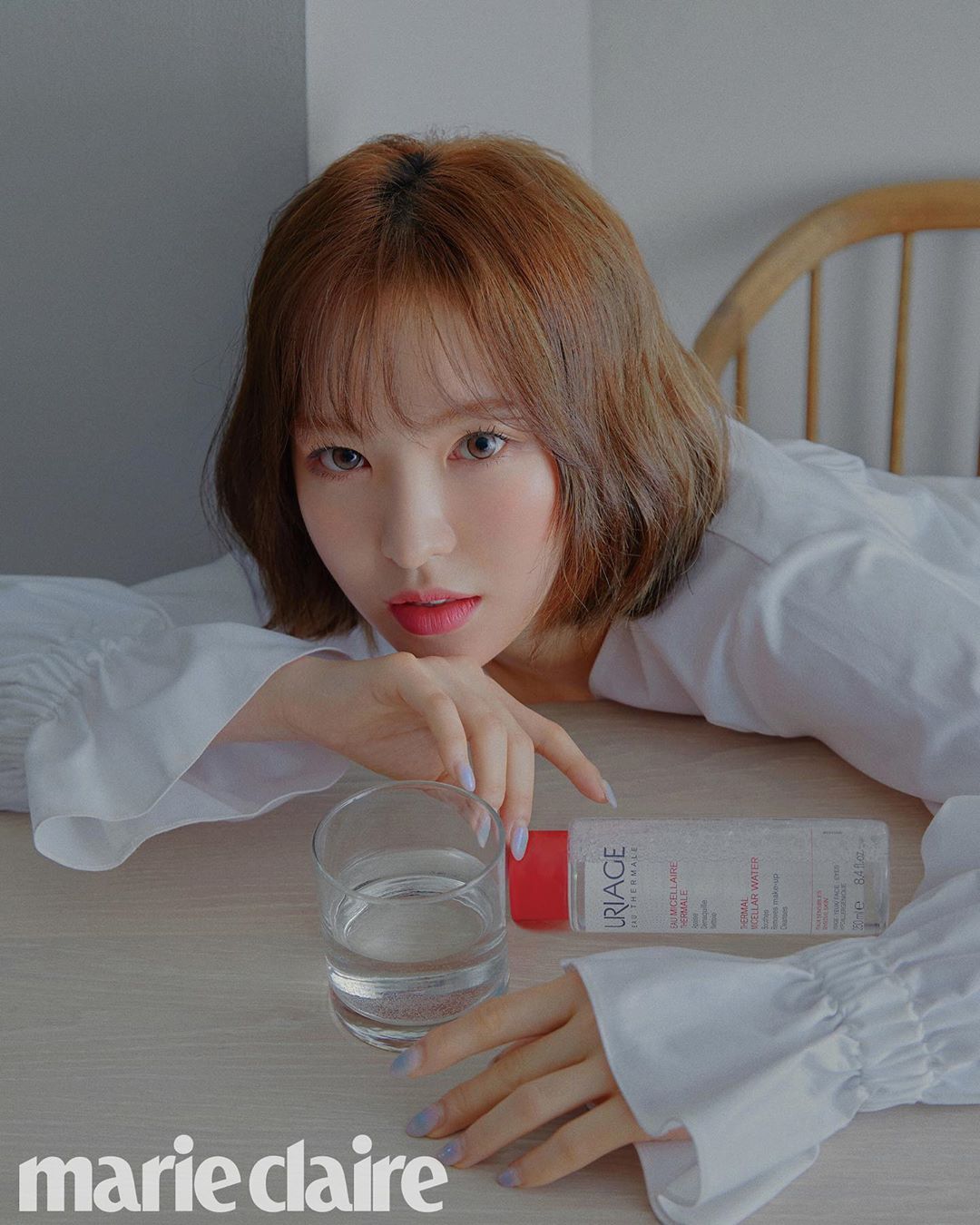 When asked what they imagine seeing themselves doing in 10 years, Seulgi said, “While looking at Fin.K.L talking about their past [in ‘Camping Club’], I also thought, ‘We’ll probably also talk about every little detail of our past like that.’ I don’t think it will be much different than now.”

Wendy shared that she likes to read letters from fans when she feels mentally exhausted. She explained, “When I feel like I’m all over the place, I tend to control my mind at fan meetings or by reading letters from fans. Then, I’m able to remember the important things that I had forgotten about and become clear-headed.” Seulgi added, “I talk with the members a lot. It’s because other members also feel the same feelings that I have. We are able to overcome them as we comfort each other. In the past, whenever we felt down or edgy towards one another, we used to wait in silence for each other. Nowadays, we joke around instead.”

The next question asked them to name the member who’s in charge of being funny, and Seulgi answered, “I personally think Yeri is the most fun. She’s the type of person I want to joke around with for no reason.” 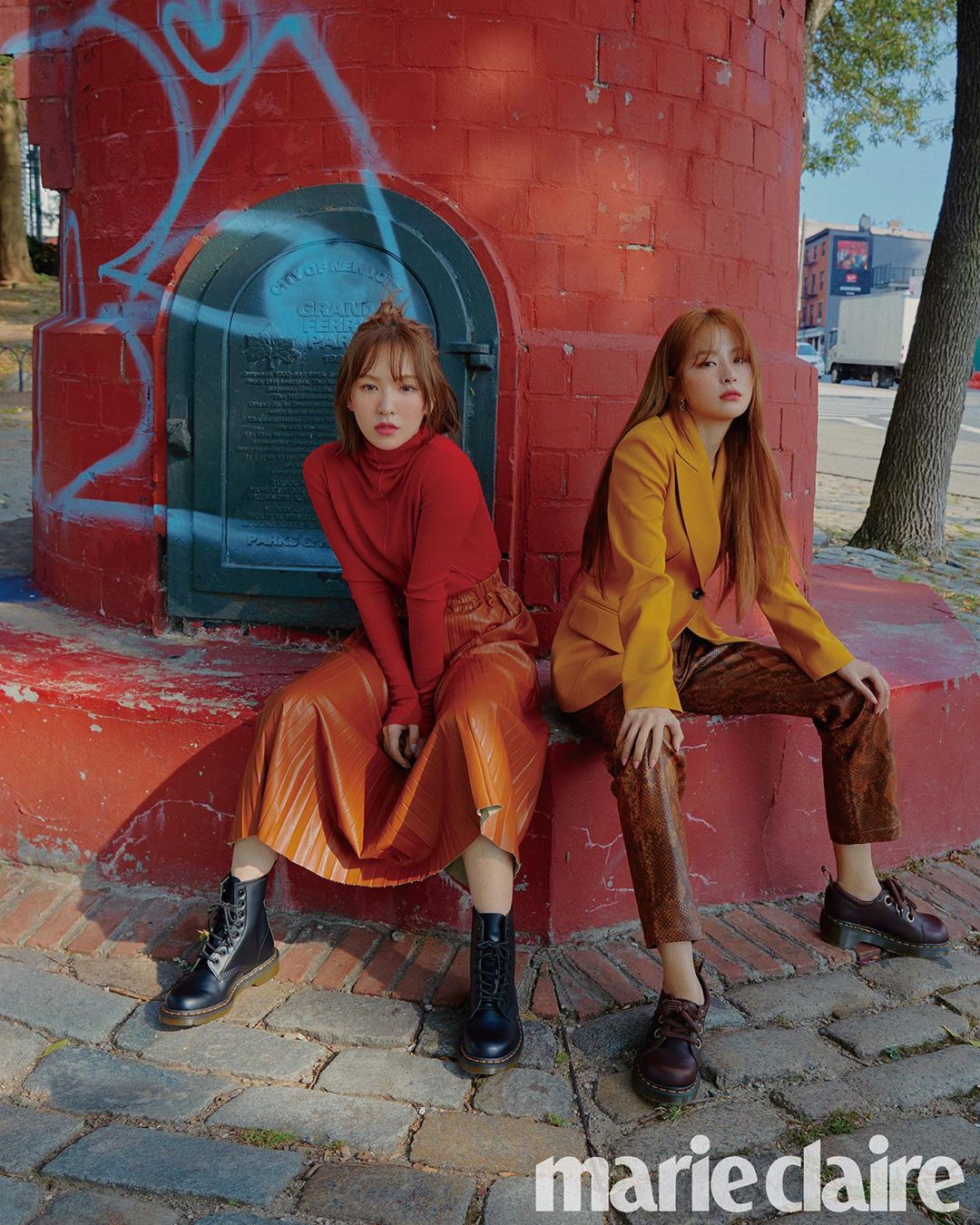 The two members concluded their interview by sharing what they would like to say to each other. Seulgi said, “We’ve appeared on a variety show together, but this is the first time we participated in a photo shoot together. I’m excited to see how it turns out. It felt like I had came on a vacation with Wendy. The pretty photos are a bonus. I think it will last in my memory for a long time.” Wendy stated, “It felt like I had come on a real trip after spending some hectic days. It felt more relaxing and free because I was with Seulgi. I loved everything about it. It will become a memory I will never forget.”

Red Velvet
Seulgi
Wendy
Marie Claire
How does this article make you feel?