Lee Min Ki On Why He Picked His Upcoming Role In Thriller, How He Spends Time Between Projects, And More

Ahead of his new drama, Lee Min Ki participated in a photo shoot and interview with Marie Claire.

Taking on his first role in a thriller, the actor expressed his own curiosity during the interview, saying, “After filming ‘The Beauty Inside,’ I did some work for the DVD production and then I went on a vacation to a little island by myself. I received the offer for ‘The Lies Within’ early on, so I couldn’t do any other work. I hadn’t had much interest in the thriller genre before that, so I studied it. To be honest, my character is not very special. But that’s why I was drawn to it. Thrillers usually revolve around a case, but ‘The Lies Within’ follows a case and draws attention towards the characters. While detectives in other shows or movies usually have special abilities, my character Jo Tae Sik is just regular. I liked seeing how an average person handles these cases.” 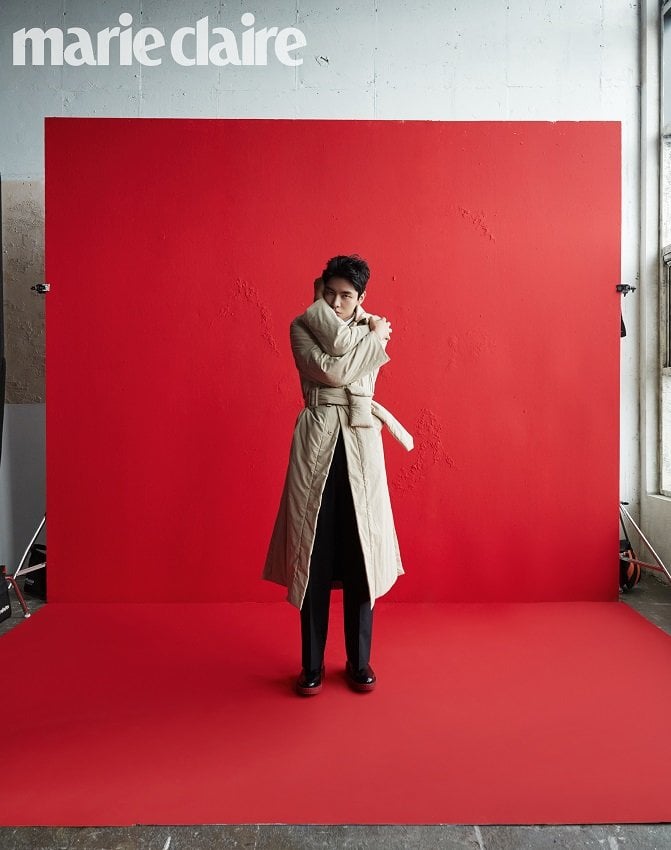 Comparing it to his previous roles, Lee Min Ki commented, “Unlike ‘The Beauty Inside’ and ‘Because This Is My First Life,’ where I played fairly idealistic characters, my new character is very strong-willed when he has to be but fragile and soft-hearted otherwise. Depending on the context, he adapts to the situation.” 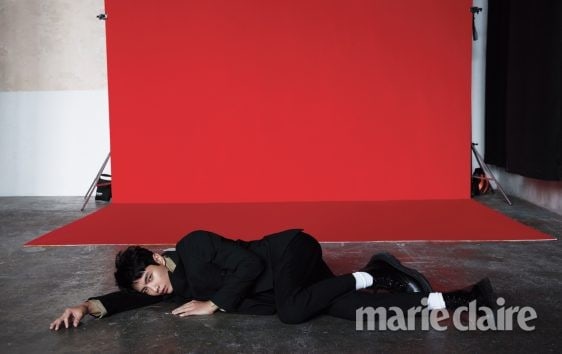 He expanded on what he does in between projects, explaining, “When I was younger, whether I was awake, sleeping, or playing, it was all my personal time. However, one day I began to only feel balanced if I was in a routine. Now I exercise every morning and start my day with that good energy. After that is when I begin to do my other scheduled tasks. Even when I’m not working, I like to follow a routine. I feel at ease if my day is organized. Before, I used to feel constricted by schedules and felt stressed out because of rules. But now I enjoy having that kind of structure.” 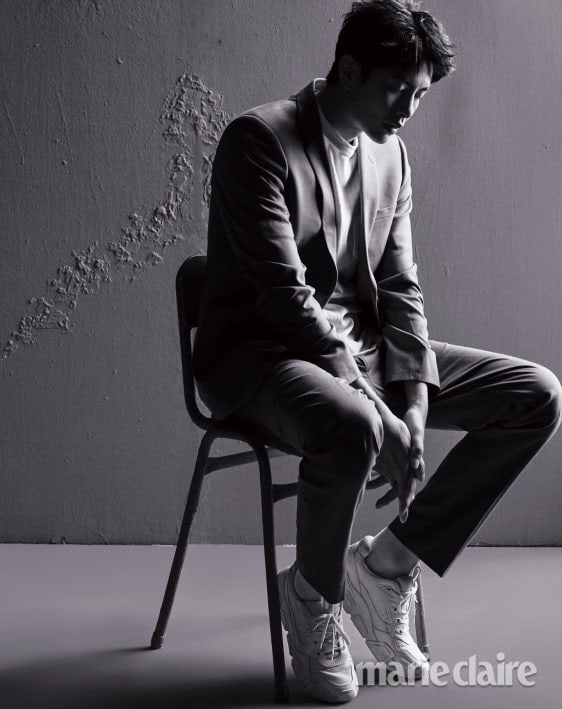 When asked why he chose this role despite his lack of interest in thrillers, Lee Min Ki answered, “First of all, it was because of my relationship with director Lee Yoon Jung.” Lee Yoon Jung directed “Taereung National Village,” where Lee Min Ki starred in his first leading role. He continued, “I heard it was her production, so I read the script and was hooked by the first page.”

Continuing on about their relationship, the actor jokingly added, “Sometimes we say that I was better at acting back then. I told her that I felt pressure to do much better since we met after 10 years, but she said she felt the same way. While we’re both trying out a thriller for the first time, I don’t think either of us have changed much in the past decade.” 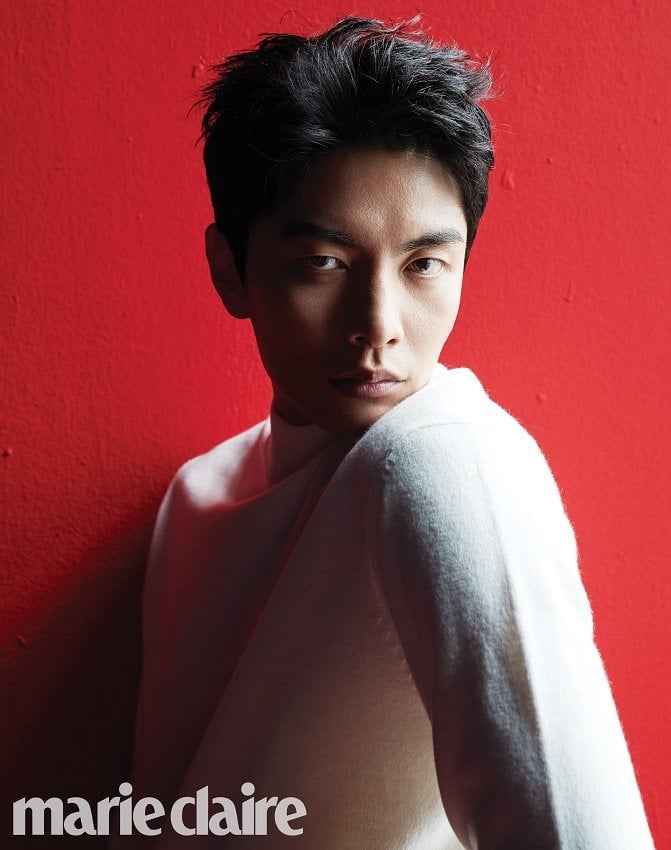 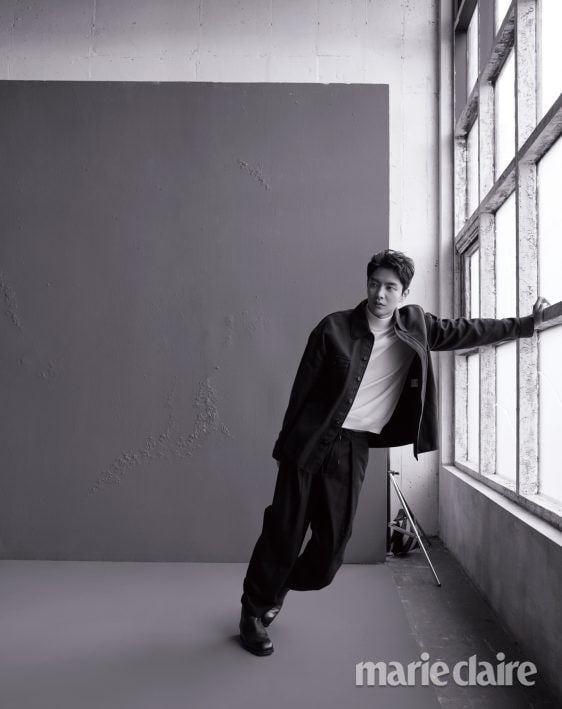 Lee Min Ki was then asked what he finds has changed the most about himself since then, to which he said, “Back then, acting was my dream. Now, it feels like work. That’s why it’s harder now. A dream just has to be dreamt but you have to do well if you’re working. The weight on myself has changed.”

He also explained what he thinks is the important thing when acting, sharing, “It’s not definitive, but now that I think about it, I think it’s to be sure of myself and not to be nervous. I have to be that way so that my fellow staff and actors can feel steady. Filming dramas takes a long time and is a lot of work. Sets can be a very sensitive place. In that kind of setting, I think it’s most important to stay calm.” 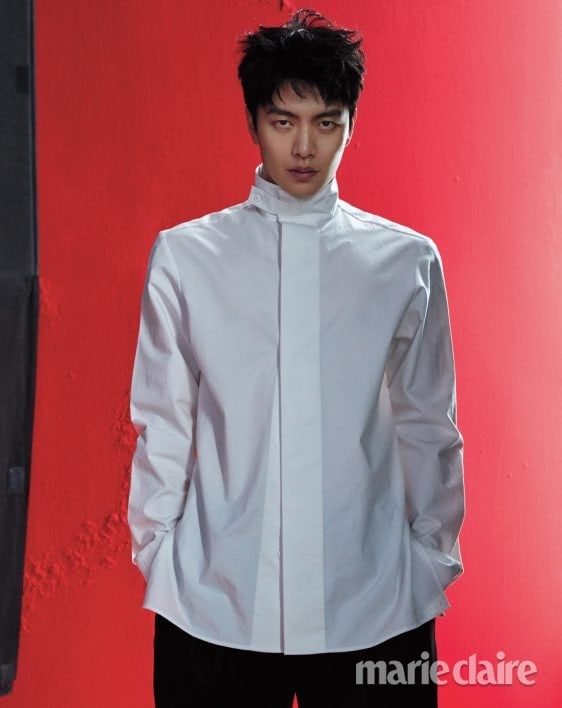 While discussing his upcoming drama, the actor was asked what kind of season he hopes the season of “The Lies Within” will be remembered as. Lee Min Ki answered, “Will it become a season of curiosity? Typically when I read drama synopses, I can envision how it will play out and end, but they do not tell you for this drama. Not just the actors, but the staff don’t know either — only the writers and directors know. We’ve all promised to remain unaware. People frequently press me, assuming I know because I’m the main character, but I really don’t. There is fun in waiting and wondering what’ll happen next.” 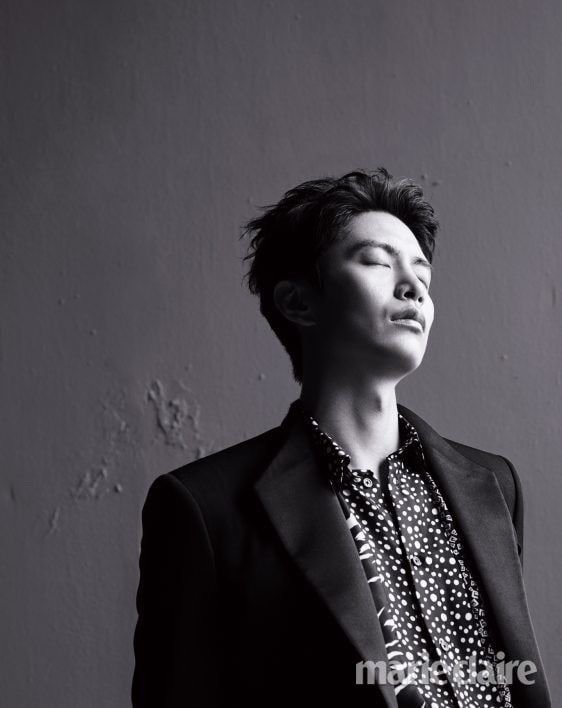 Lee Min Ki’s full interview and photo shoot for Marie Claire is available exclusively through their website or October issue. His upcoming drama, OCN’s “The Lies Within,” premieres on October 12 at 10:30 p.m. KST.

Watch Lee Min Ki in his previous drama “The Beauty Inside” below!

Lee Min Ki
Marie Claire
How does this article make you feel?