Kim So Hyun, Jang Dong Yoon, And Kang Tae Oh Are All Smiles Behind The Scenes Of “Tale Of Nok-Du”

The “Tale of Nok-Du” cast are glowing even behind the scenes!

Based on a webtoon of the same name, historical romantic comedy “Tale of Nok-Du” tells the story of Jeon Nok Du (Jang Dong Yoon), a man who disguises himself as a woman in order to enter a mysterious all-female community. In the community, he comes to meet Dong Dong Joo (Kim So Hyun), a gisaeng-in-training who wants nothing less than to become a gisaeng (female courtesan).

The photos show all three actors with big smiles and bright energy. Jang Dong Yoon and Kim So Hyun especially impress with their charisma, disguised as female and male respectively. Behind his romantic looks, Kang Tae Oh displays a cute charisma, fitting for his role as the mood-maker on set. As he lovingly looks upon Jang Dong Yoon, viewers can look forward to the pair’s relationship and chemistry. 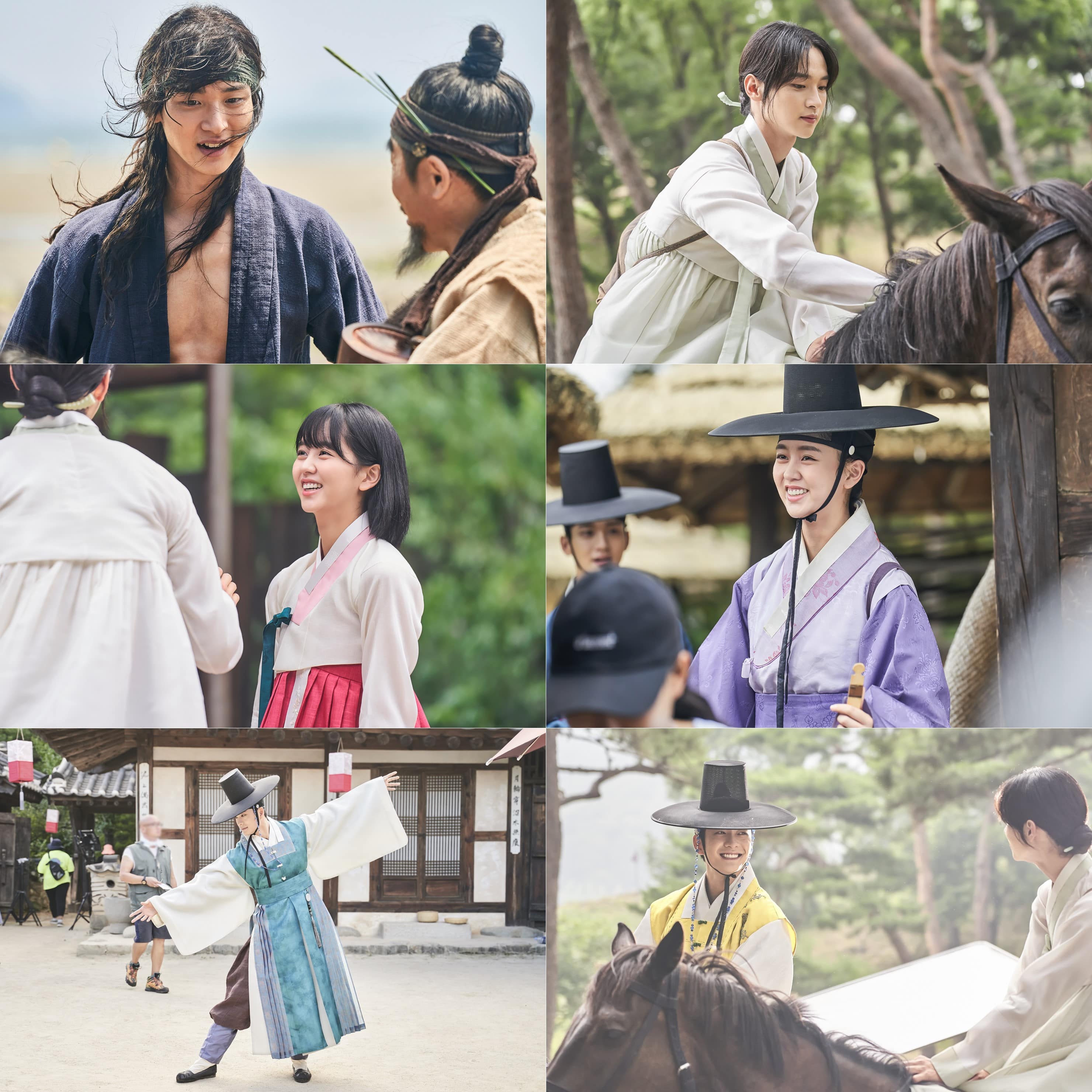 Check out a making video of the drama below!