Sleepy has revealed more information on his dispute with TS Entertainment.

On the September 24 broadcast of SBS’s “Night of Real Entertainment,” Sleepy revealed, “I wasn’t paid even 100 won (approximately $0.08) until July of last year. I wasn’t paid for a total of about 10 years.”

Thinking back on the financial hardships he’s faced, Sleepy shared, “While doing variety programs, my calls were cut, so I couldn’t contact the writers. I ate one roll of kimbap a day. At first, I didn’t know. When I wasn’t paid, I just let it go while thinking, ‘That’s just how it is.’ They said that after I renew my contract, they would pay me 120 million won (approximately $100,108) in parts, but I didn’t even receive all of that. I couldn’t maintain a living.” 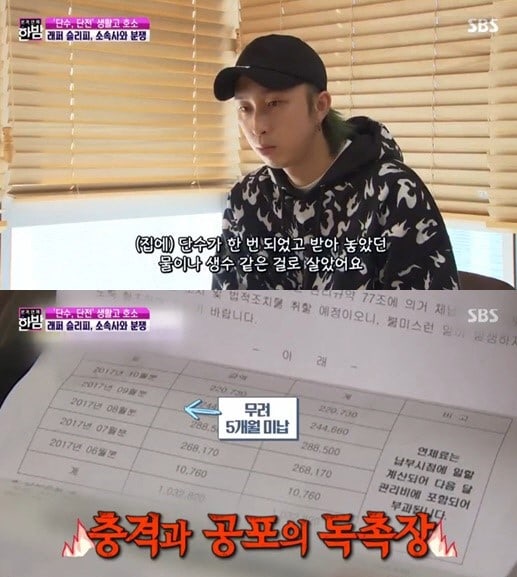 However, TS Entertainment’s past CEO (hereafter referred to as “A”) claimed that Sleepy’s statements were a lie. “A” stated, “It’s a false claim that [Sleepy] wasn’t paid. He was paid the profit of 120 million won. People are talking about Sleepy’s current popularity, but before, the company paid for the expenses. At the time, he had no profit.”

“A” continued, “Sleepy is using social media with the purpose of promoting various things. Sleepy took the advertising fees,” claiming that Sleepy embezzled funds from the company. 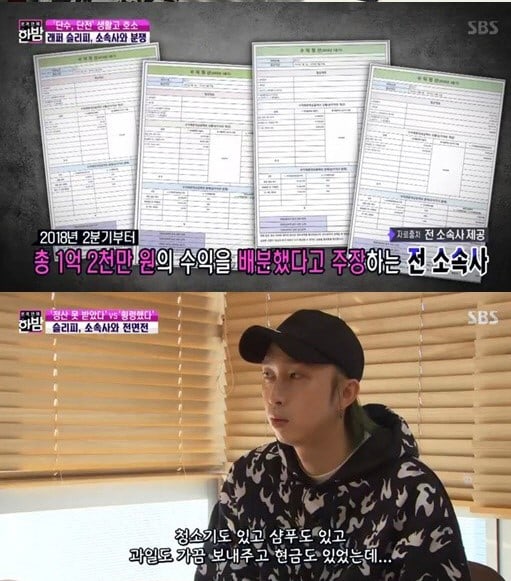 However, Sleepy’s claims were different. He stated, “I’m aware that the company is considering my social media [marketing] as the biggest problem. It was an unavoidable circumstance in order for me to maintain a living.” Sleepy explained, “There was a vacuum, shampoo, fruits, and more [among the sponsored items], but half of the sponsorships was clothing. I accepted clothing because I didn’t have a stylist.”

On this, “A” claimed, “[We] will receive judgement from the law on who is right.” Meanwhile, Sleepy shared, “I wanted to let the world know about this. I just want to receive the money I should have received.”

Sleepy
TS Entertainment
E-news Exclusive
How does this article make you feel?