Lee Seung Gi And Suzy Run For Their Lives In “Vagabond”

Lee Seung Gi and Suzy will find themselves in a dangerous situation in “Vagabond.”

“Vagabond” is a spy action melodrama about a man who stumbles upon a massive corruption scandal after being involved in a plane crash.

Last week, Cha Dal Gun (played by Lee Seung Gi) and Go Hae Ri (played by Suzy) got a hunch that terrorists were responsible for the plane crash. The two initially had differing opinions about the plane crash, and even mistook each other as enemies as they pointed guns at one another. Viewers were left wondering if stuntman Cha Dal Gun and National Intelligence Service secret agent Go Hae Ri would be able to put aside their differences and work together to uncover the truth.

In the stills, Lee Seung Gi and Suzy look like they’re being chased. Cha Dal Gun has scratches all over his face and his clothes are covered in dirt, while Go Hae Ri is wearing a coat with blood-soaked sleeves. Cha Dal Gun looks around his surroundings with a gun in one hand and a broken car mirror in the other. Go Hae Ri hides with him behind a wall and uses the reflection on her phone to look around. They hold on to each other with nervous looks on their faces. 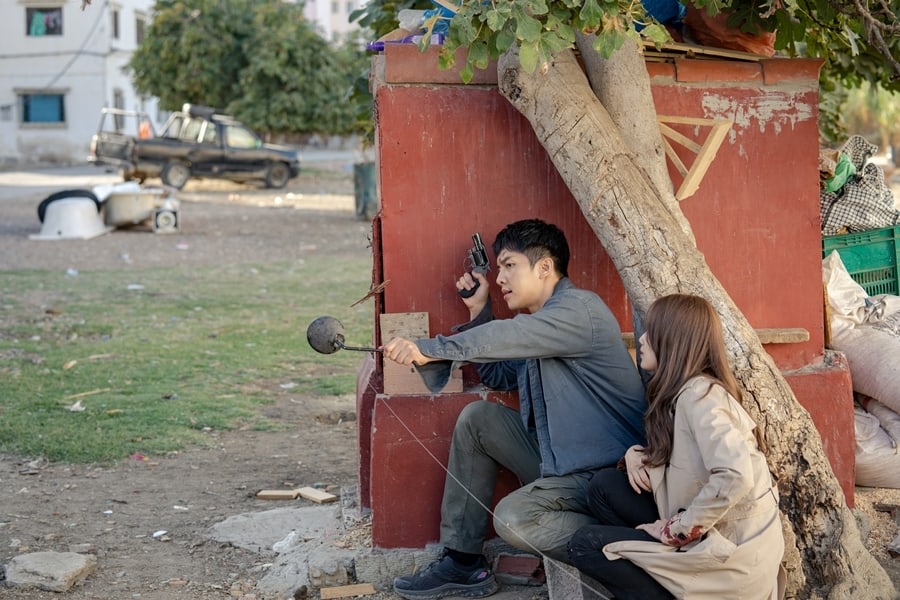 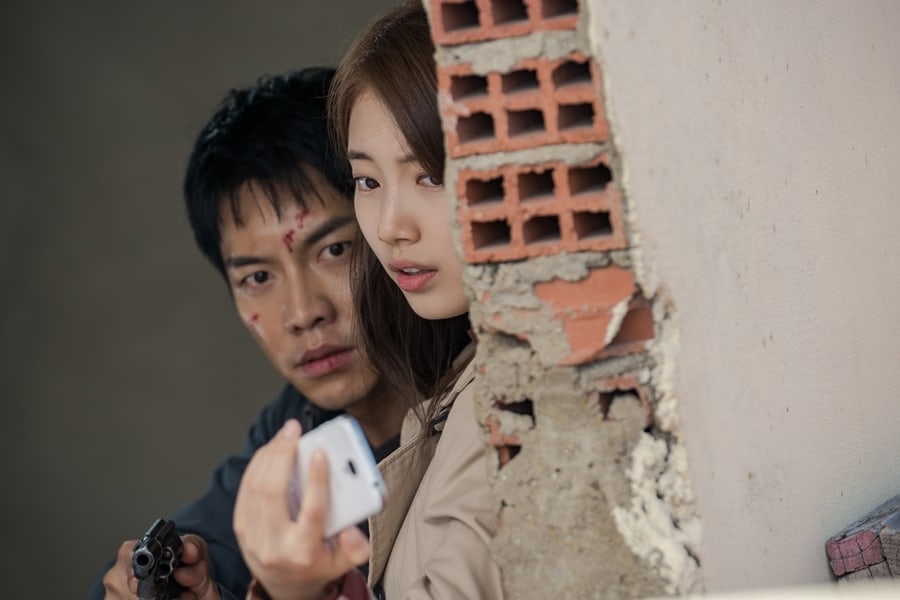 This scene took two whole days to film in Morocco. The actors arrived early on set to stretch and check their motions in order to successfully shoot the high-intensity action scene where they had to run around, avoid bullets, and shoot back at the opponent all at the same time. In between takes, they rehearsed multiple times in order to match their motions instead of resting. 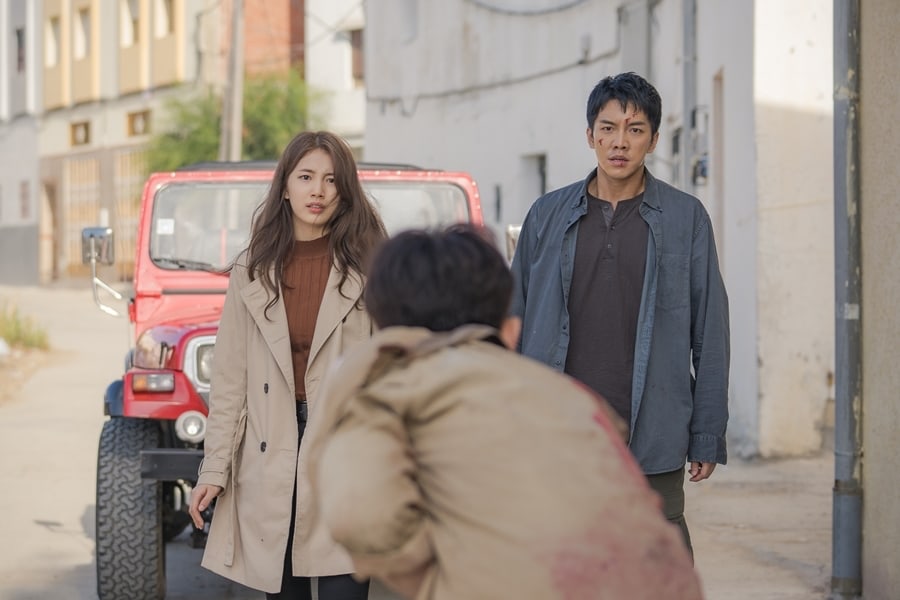 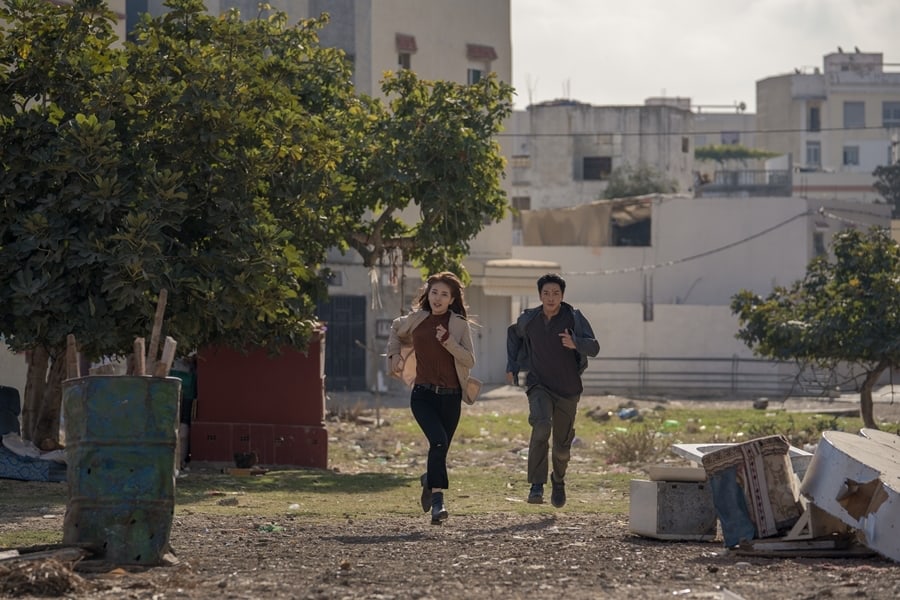 A source from production company Celltrion Entertainment said, “This is a scene that the staff poured their heart and soul into because of the advanced action and complicated positions. A legendary scene full of tension and excitement was created thanks to the passion and efforts of actors Lee Seung Gi and Suzy. Please look forward to it.” 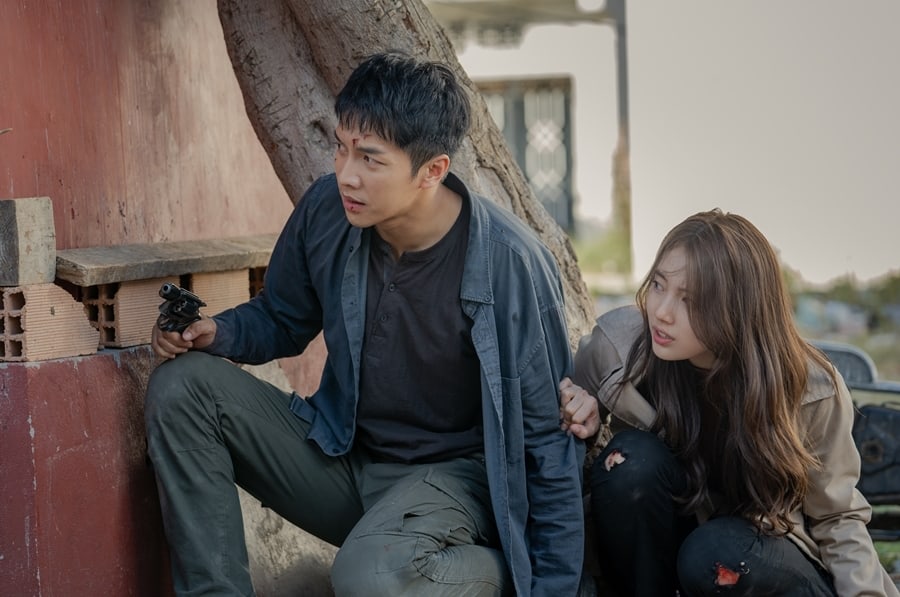