“Vagabond” is a spy action drama about a man who gets caught up in a massive corruption scandal after he begins investigating an airplane accident. The drama has garnered attention for its “blockbuster” scale, incorporating showy cinematography, high-level action scenes, and a tight storyline.

The new stills released by SBS show Cha Dal Gun consumed with anger as he takes a private moment in the shower. The stills also show the physical work that Lee Seung Gi has put in for the action scenes in the drama. 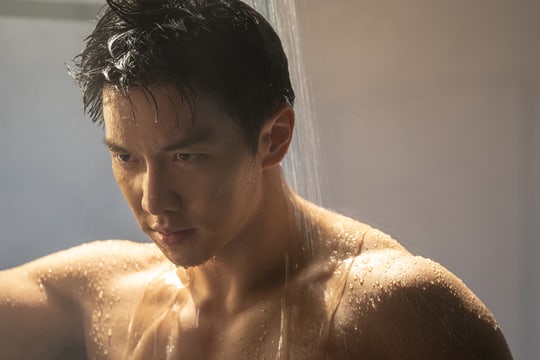 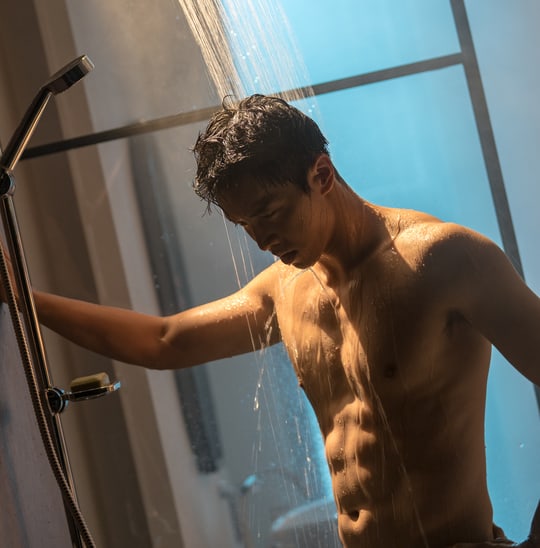 The scene was filmed on a set in the city of Paju, Gyeonggi Province. Lee Seung Gi was all smiles when he came on set, but started laughing in embarrassment when it came time for him to take his shirt off. The production staff supported him when he looked nervous and once the cameras began rolling, Lee Seung Gi was able to focus on his character’s emotions in the scene, a complicated mix of despair, anger, and sadness.

Because his character is a former stuntman, Lee Seung Gi began training for the role as soon as he was cast. He participated in physical training every day and received special training for action scenes in order to build his body.

“Vagabond” airs on Fridays and Saturdays.