“Rookie Historian Goo Hae Ryung” is about the romance between an aspiring palace historian named Goo Hae Ryung (played by Shin Se Kyung), who dreams of an equal society, and a lonely prince named Lee Rim (played by Cha Eun Woo), who lives a secret life as a popular romance novelist.

The newly revealed stills show Goo Hae Ryung and Lee Rim leaning in for a sorrowful yet beautiful kiss. Unable to control her overflowing emotions, Goo Hae Ryung sheds tears, while Lee Rim looks off into the distance. 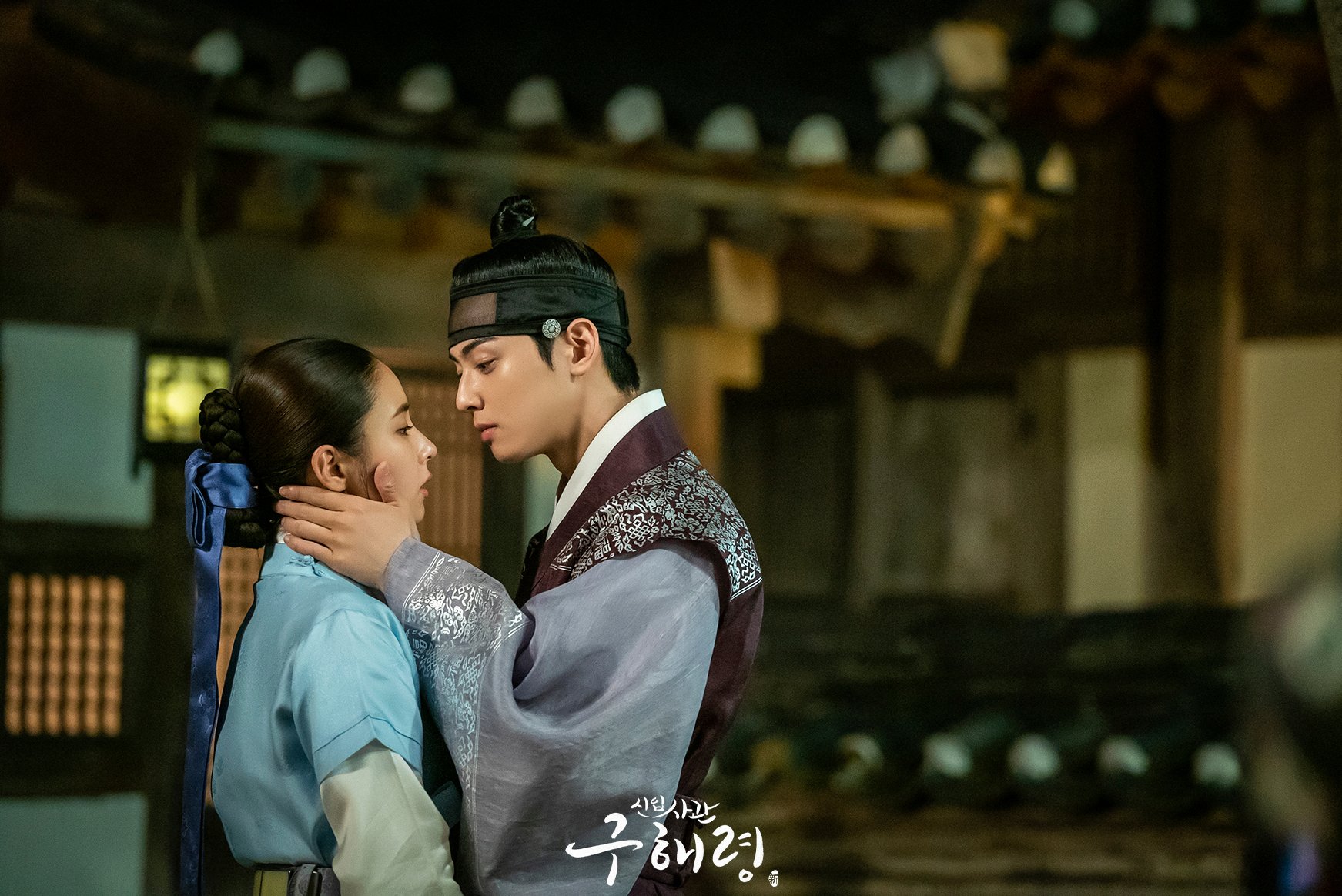 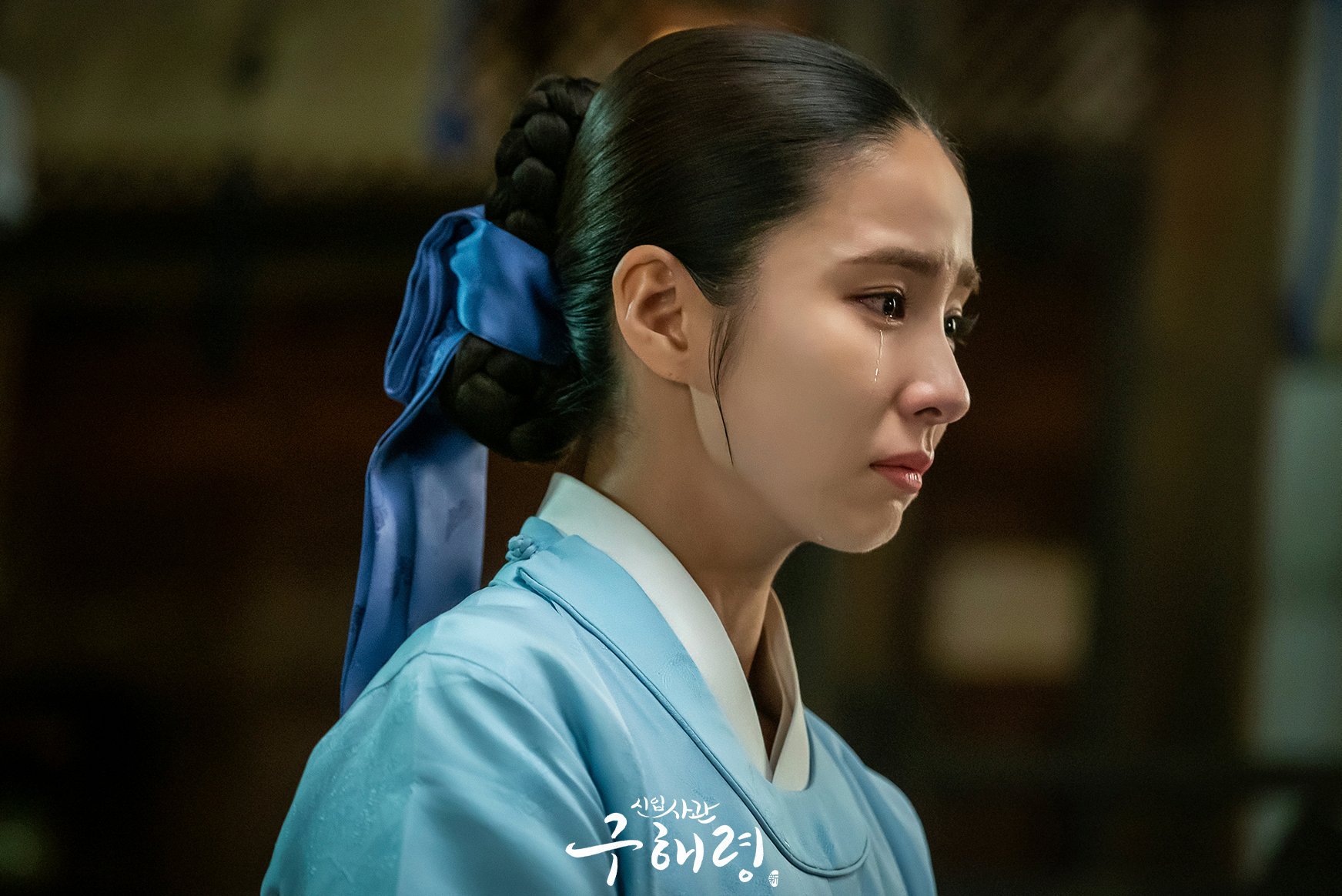 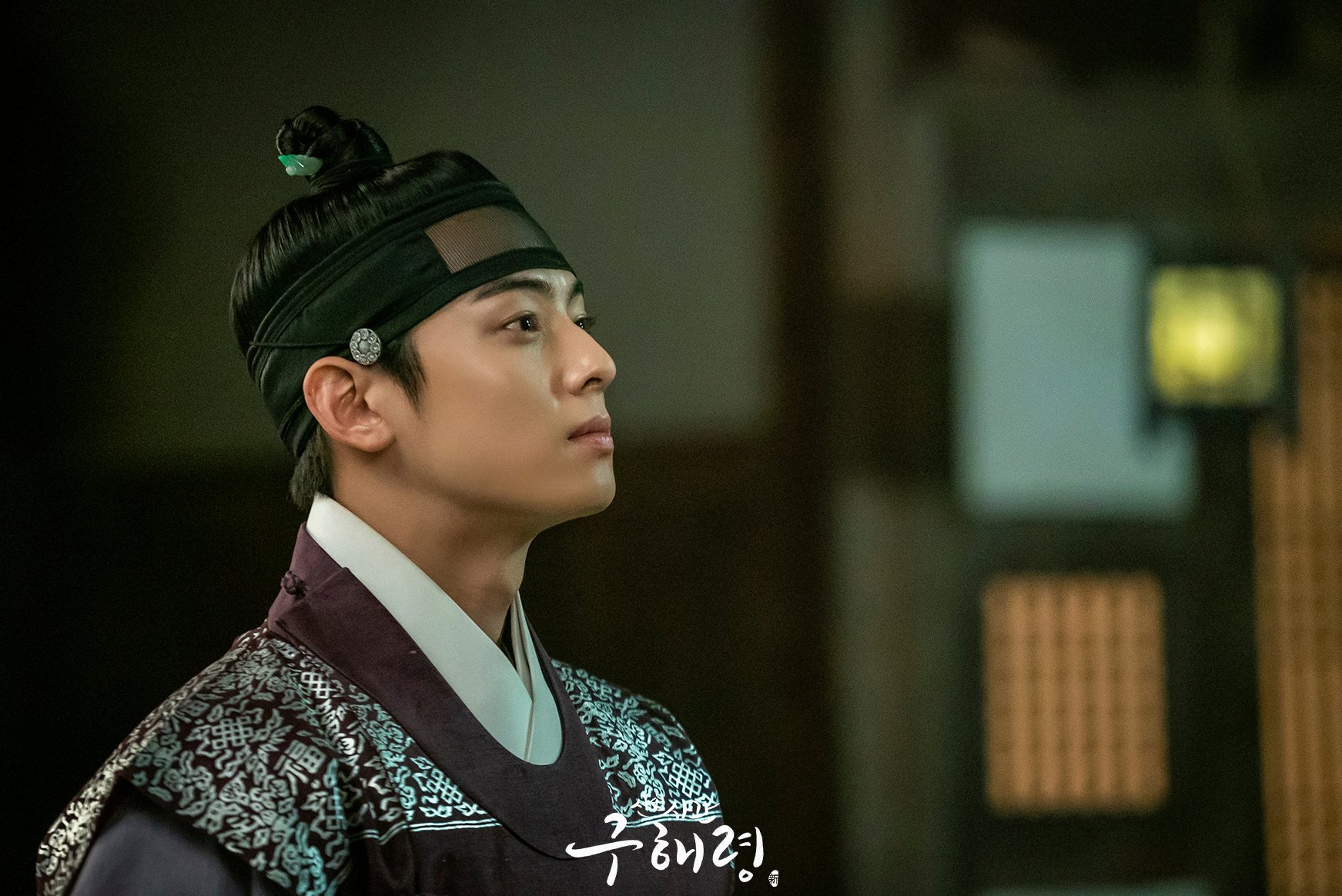 In the previous episodes, Goo Hae Ryung brought up Kim Il Mok’s raw historical records and made a request asking to know the truth behind the incident from 20 years ago. Lee Rim also asked Lee Jin (Park Ki Woong) to reveal the truth, but Lee Jin rejected him and confined him to the Nokseodang.

A source from the drama shared, “The final episode of ‘Rookie Historian Goo Hae Ryung’ airs tonight (September 26). We would like to thank viewers for sending us unsparing love during the past four months, and please watch until the end to see how Goo Hye Ryung and Lee Rim’s love story will come to a close.”