Moon Myung Jin spoke about his friendship with BTS’s V.

On the September 26 episode of “Happy Together,” the R&B and soul artist appeared as a guest along with other celebrities.

Speaking about his relationship with V, Moon Myung Jin said that he didn’t know much about idol groups at first. He began, “V said that he was a fan who liked me a lot, so we exchanged numbers. V contacted me first and came to my studio. We ate chicken and went to a café.”

He continued, “One day, I called him and asked him to grab a meal. He said, ‘I think it might be a bit difficult this year.’ I didn’t know, but he had been promoting in the United States.” 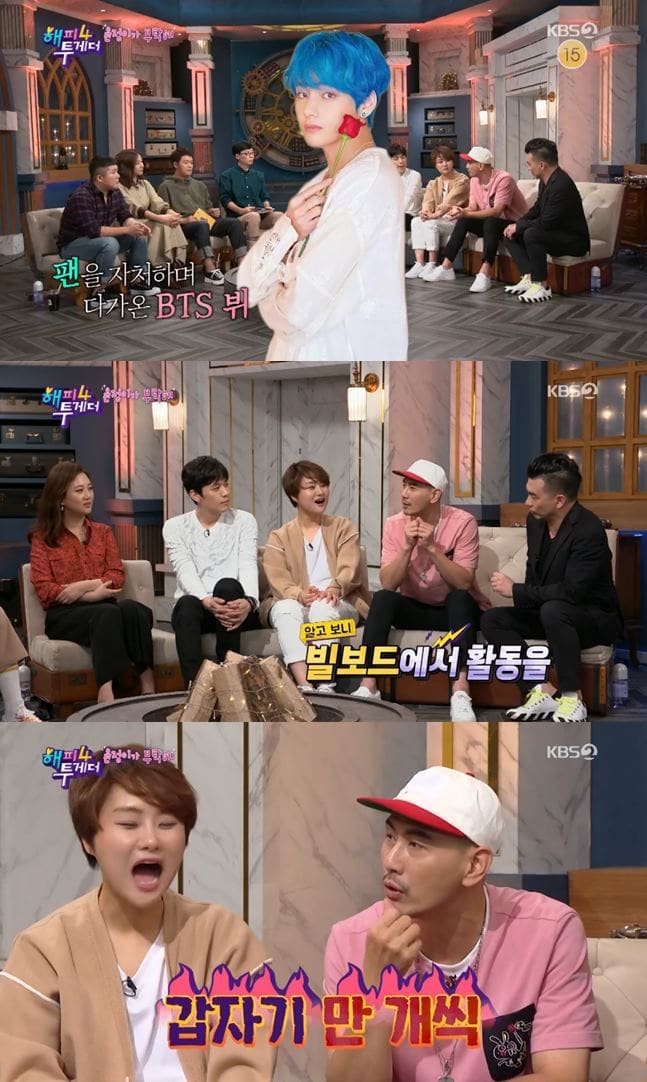 In April 2016, Moon Myung Jin posted a selfie with V on Instagram. He wrote, “Lunch with V. Buckwheat noodles, potato pancakes, and buckwheat crepes. The two of us ate a lot. Anyway Taehyung eats well.”

BTS
Moon Myung Jin
Happy Together
V
How does this article make you feel?