“Vagabond” is a spy action drama about a man who gets involved in a massive corruption scandal after investigating an airplane crash. Lee Seung Gi stars as Cha Dal Gun, a former stuntsman who lost a family member to the plane crash, and Suzy stars as Go Hae Ri, an undercover agent for the National Intelligence Service.

The new stills show Lee Seung Gi and Suzy at the Morocco airport. Cha Dal Gun has gone for a casual, practical look, blending in with passersby in a dark jacket and cargo pants. Go Hae Ri, on the other hand, is dressed like a high-flying businesswoman with sunglasses and a light oversized blazer. Cha Dal Gun also looks wary and cautious of everyone around them while Go Hae Ri exudes a calm, unflappable aura. 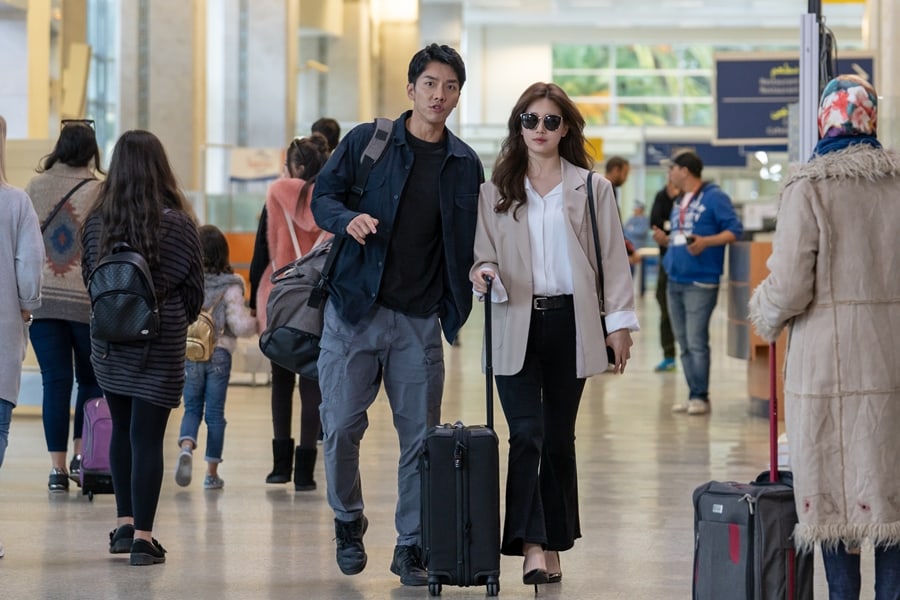 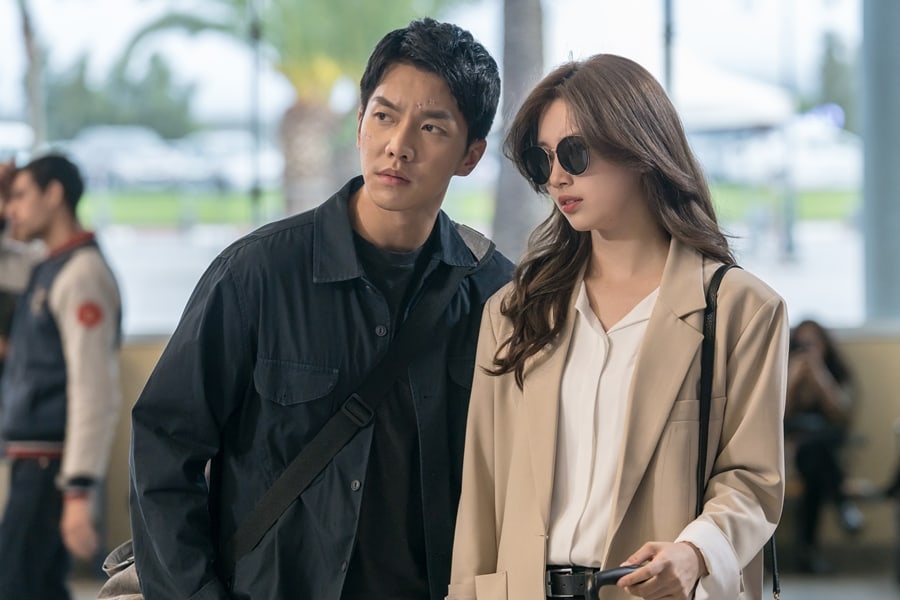 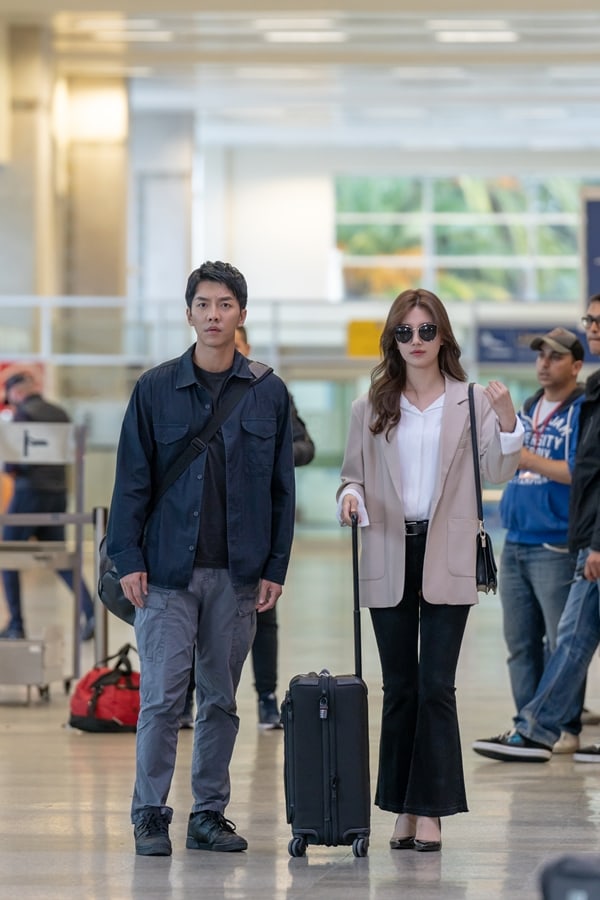 The scene in question was filmed on location in Morocco at the Tangier Ibn Battuta Airport. The two actors were deep in conversation about the shoot from the moment they came on set, but got into character right away when the director called to begin filming.

The drama also released stills of Lee Seung Gi in intense action scenes. The drama has already garnered attention for its high-level stunts and action sequences. In the latest stills, Lee Seung Gi is shown scuffed up and either in pursuit or running away from someone. In one photo, he looks into a smoking car. 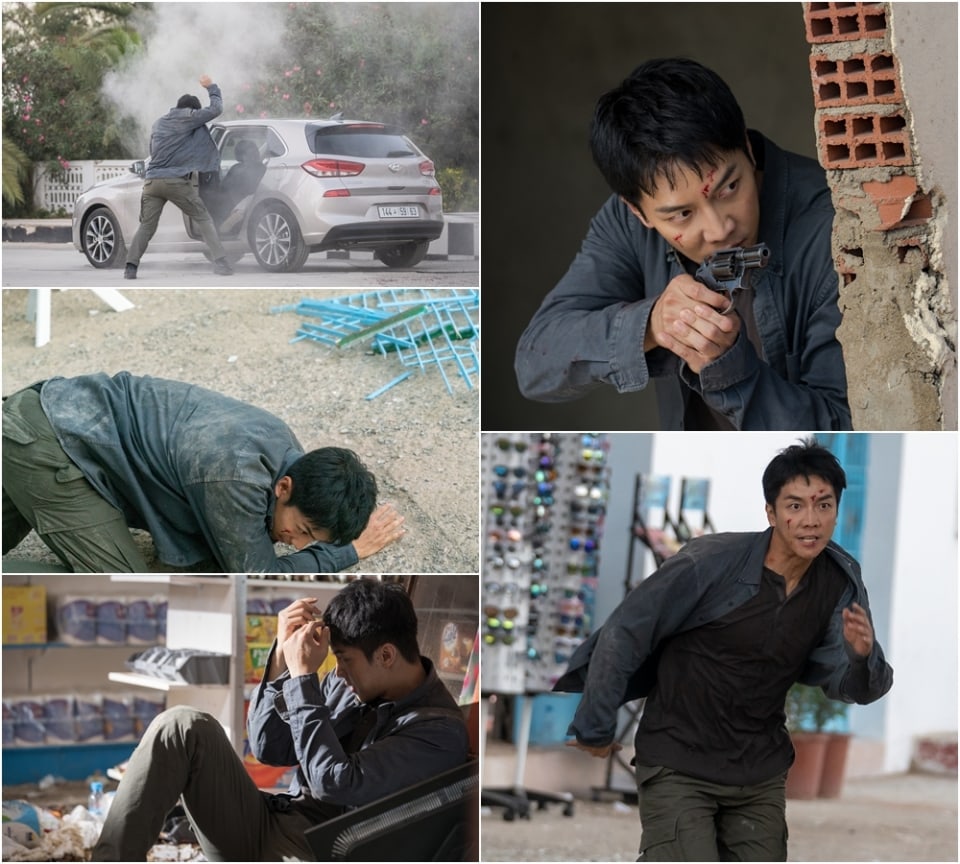 These scenes were also filmed on location in Morocco. Despite his busy schedule, Lee Seung Gi showed no signs of tiring and frequently conferred with the director about each movement in his action scenes. He also went through rehearsals multiple times in his determination to get his complicated action sequences done in one shot.

“Vagabond” airs on Fridays and Saturdays at 10 p.m. KST.