On the latest episode of MBC’s “The King of Mask Singer,” the identity of contestant Alien was revealed!

Although both contestants wowed the audience and panel members with their incredible vocals, it was Handsome Cartoon Guy who advanced to the third round with 82 votes. Having received 17 votes, Alien stayed on stage to reveal his identity. 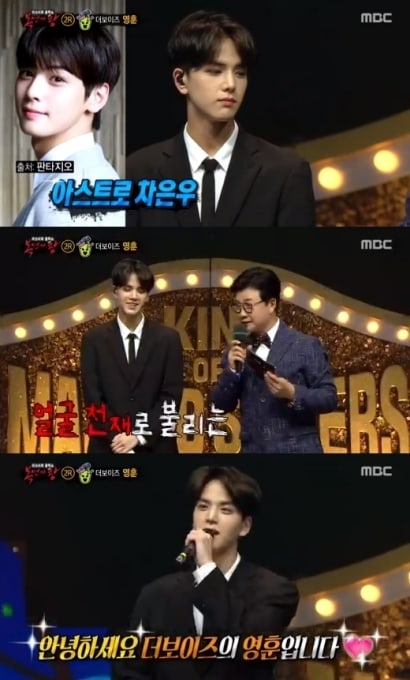 Alien turned out to be none other than The Boyz’s Younghoon!

Younghoon shared he appeared on the show to break the prejudice against his good looks. He explained, “I was only evaluated for my appearance in The Boyz. So I wanted to be told, ‘His looks aren’t all there is to him.’ I’ve cheered up after hearing so many good things [today].”

He then talked about performing solo for the first time, saying, “I was worried because I have this trauma of trembling really badly when I try something new. It’s disappointing, but I tried my best. Please show me lots of love!”

Catch up with the show below!

The Boyz
The King of Mask Singer
Younghoon
How does this article make you feel?