Yoo In Na and IU showed off their friendship on the latest episode of MBC’s “Funding Together”!

“Funding Together” is a variety program in which celebrities come up with ideas that may be difficult to achieve alone, but are made possible with the help of viewers and crowdfunding. Yoo In Na’s project is an audiobook aimed at sharing her love of books with others, and she was paired with Kang Ha Neul to make it happen.

On the September 29 episode of the show, Yoo In Na and Kang Ha Neul held a Naver V Live broadcast to communicate with fans about their new project, books, and more.

During the V Live broadcast, Yoo In Na called a close friend to ask them about their favorite book. The friend turned out to be none other than IU! When IU immediately answered her call, Yoo In Na joked, “Don’t you have anything better to do?”

The singer first introduced herself to the viewers watching the broadcast and had everyone laughing when she randomly changed the topic. She suddenly revealed that Kang Ha Neul had once asked for a signed CD, and the actor responded by saying in a flustered voice, “Please be quiet.” IU and Kang Ha Neul previously worked together on the SBS drama “Moon Lovers: Scarlet Heart Ryeo.” 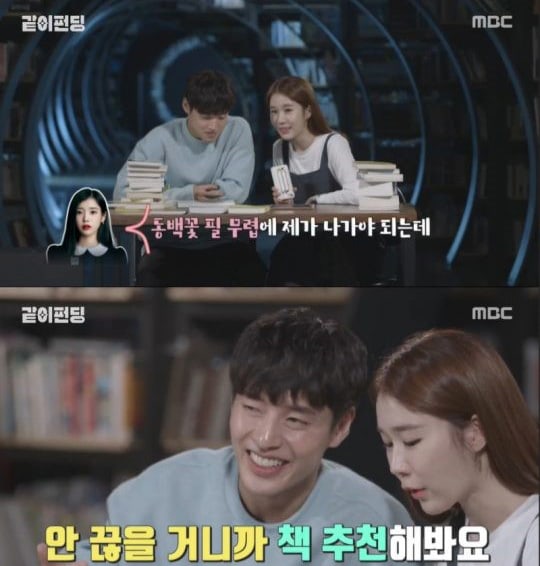 Yoo In Na later surprised IU when she commented, “Now that your drama has ended, please appear on the show you must appear on and grace us with your presence.” She continued to joke, “What is this program you must make an appearance on?”

IU refused to play along and mentioned Kang Ha Neul’s current drama “When the Camellia Blooms” instead. Flustered by her best friend’s joke, Yoo In Na exclaimed, “Wait a minute, hey… Hey!” IU added, “‘Funding Together’ hasn’t invited me on [to the show]. I didn’t realize [you’d] invite Kang Ha Neul first.'”

The singer finally recommended Im Sol Ah’s “The Best Life” and even shared a passage from the novel, impressing the panelists.

IU
Yoo In Na
Kang Ha Neul
Funding Together
How does this article make you feel?