On the September 30 broadcast of SBS’s “Same Bed Different Dreams 2 — You Are My Destiny,” Kangnam and Lee Sang Hwa, who are set to get married in October, opened up about their relationship.

Kangnam revealed that he had trouble approaching Lee Sang Hwa at first. He said, “Sang Hwa is a national treasure, so it was hard for me to approach her.”

Lee Sang Hwa continued, “We were interested in each other, but it was frustrating seeing him unable to go any further. So I said it first. I told him I liked him, and I asked how he felt. I asked if he couldn’t tell how I felt after we’d been seeing each other all that time.”

“There’s no rule that says guys have to confess their feelings first. I’ve always just gone with my gut, without waiting for the guy to say something.”

The couple revealed that their first kiss happened by the Han River, after their friends went home and they were left alone.

When asked how they decided on marriage less than a year after they met, Lee Sang Hwa said, “It’s not pregnancy. We just really like each other, and we wanted to live happily together.” 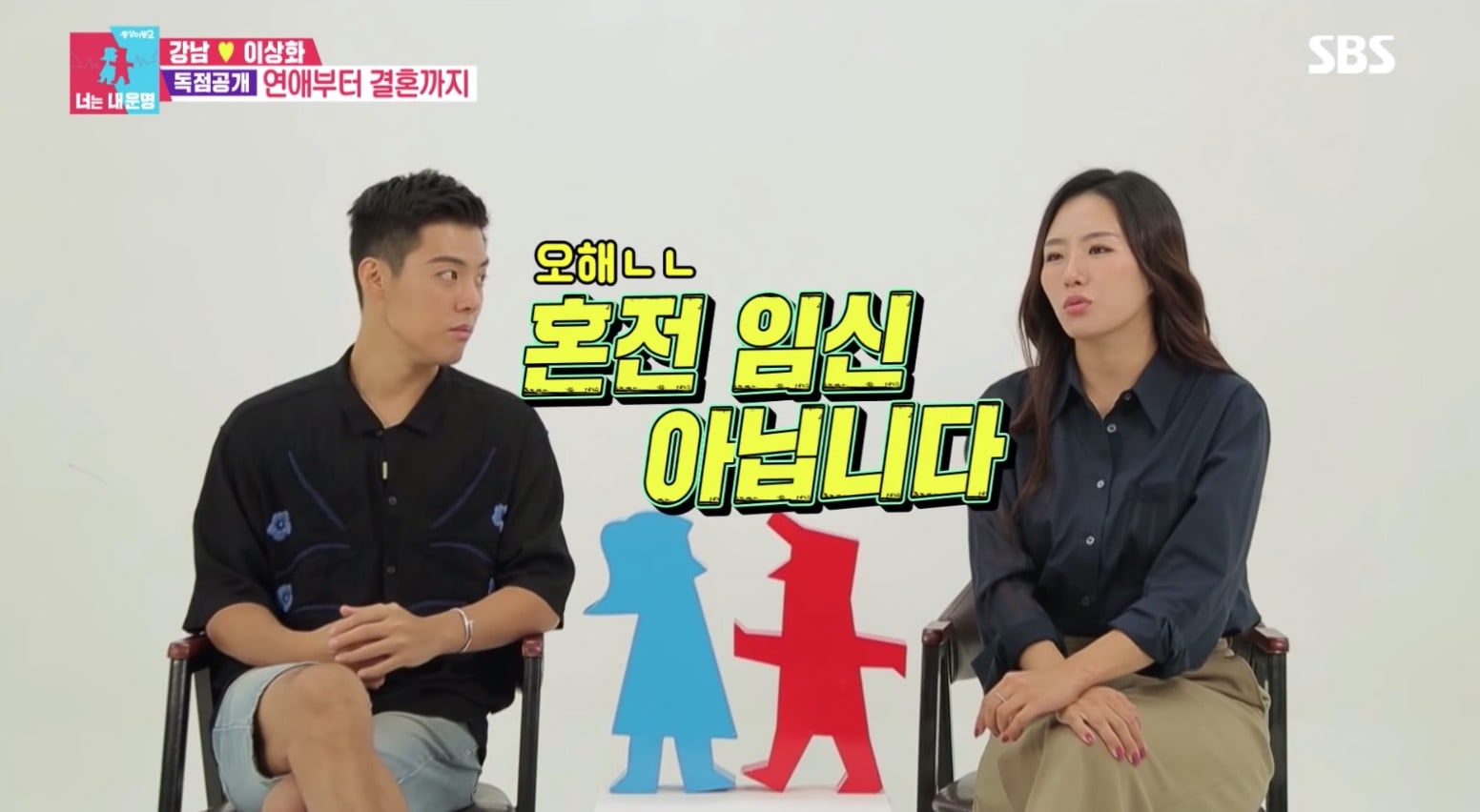 Lee Sang Hwa, a former speed skating athlete who retired earlier this year, said, “Honestly, last year was really hard for me. I didn’t want to quit after winning silver at the PyeongChang Olympics. I wanted to keep going, and I was doing rehab [for my knee] to prepare for the next Olympics, but my body wasn’t keeping up.”

She continued, “This is something I couldn’t tell anyone, even my friends who are also in the sport. So I thought even [Kangnam] wouldn’t understand, but he understood and accepted it all so well.”

“He told me to let everything go. He said all we have left to do now is be happy, so we should travel a lot, and have lots of good food without worrying about staying in shape. It gave me so much strength to hear him say that.” 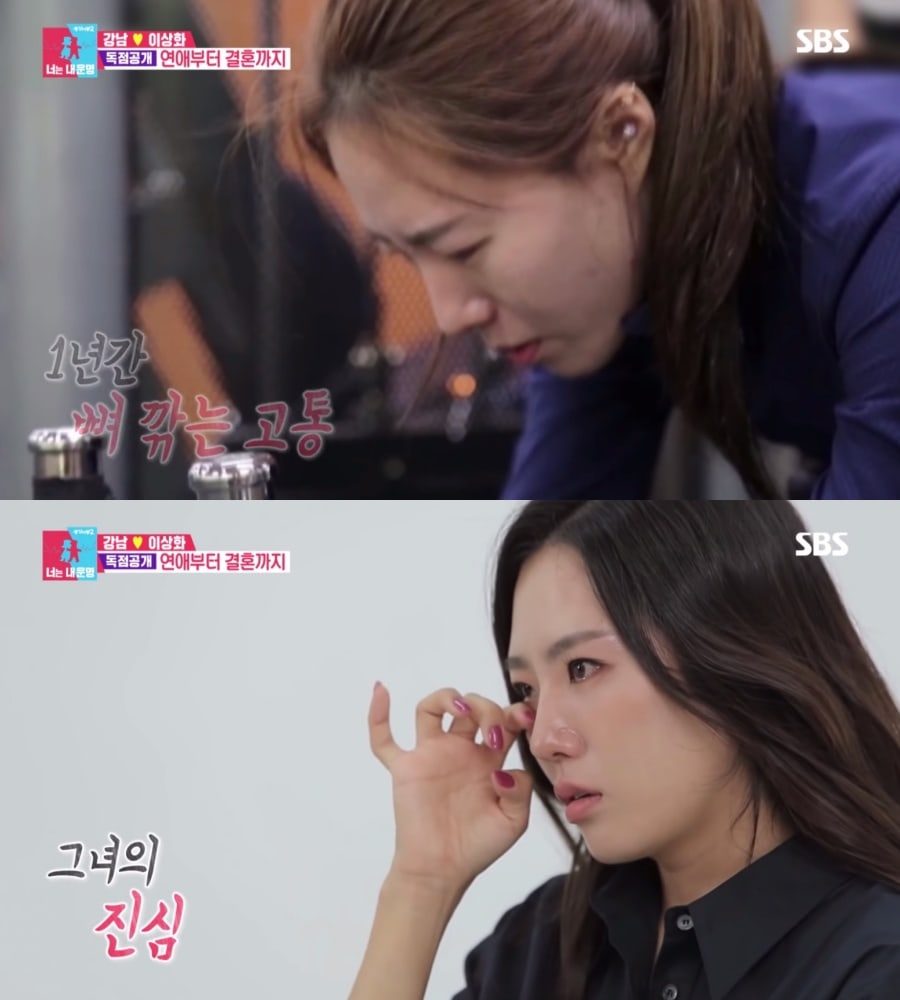 The show revealed Kangnam’s home as well as his preparations for a special proposal to Lee Sang Hwa. Kangnam said he wanted to do a pedicure proposal, since as an athlete, Lee Sang Hwa could only get her fingernails done. He hurried to practice and prepare the pedicure, as well as a ring and a letter for the proposal.