NCT Dream will be holding their first solo concert!

From November 16 to 17, NCT Dream will hold their first solo concert “The Dream Show” at Jangchung Arena in Seoul.

Having shown their diverse charms with the songs “Chewing Gum,” “My First and Last,” “We Young,” “GO,” “We Go Up,” and “BOOM,” fans are highly anticipating the upcoming concert.

Recently, NCT Dream topped iTunes charts around the world with their third mini album “We Boom” in July, ranking No. 1 on QQ Music’s Korean music chart, No. 90 on Billboard’s Artist 100 chart, and No. 3 on their Social 50 chart. Furthermore, NCT Dream became the first Asian artist to rank on Billboard’s “21 Under 21” list for two years in a row, showing off their global strength.

Check out the poster for the concert! 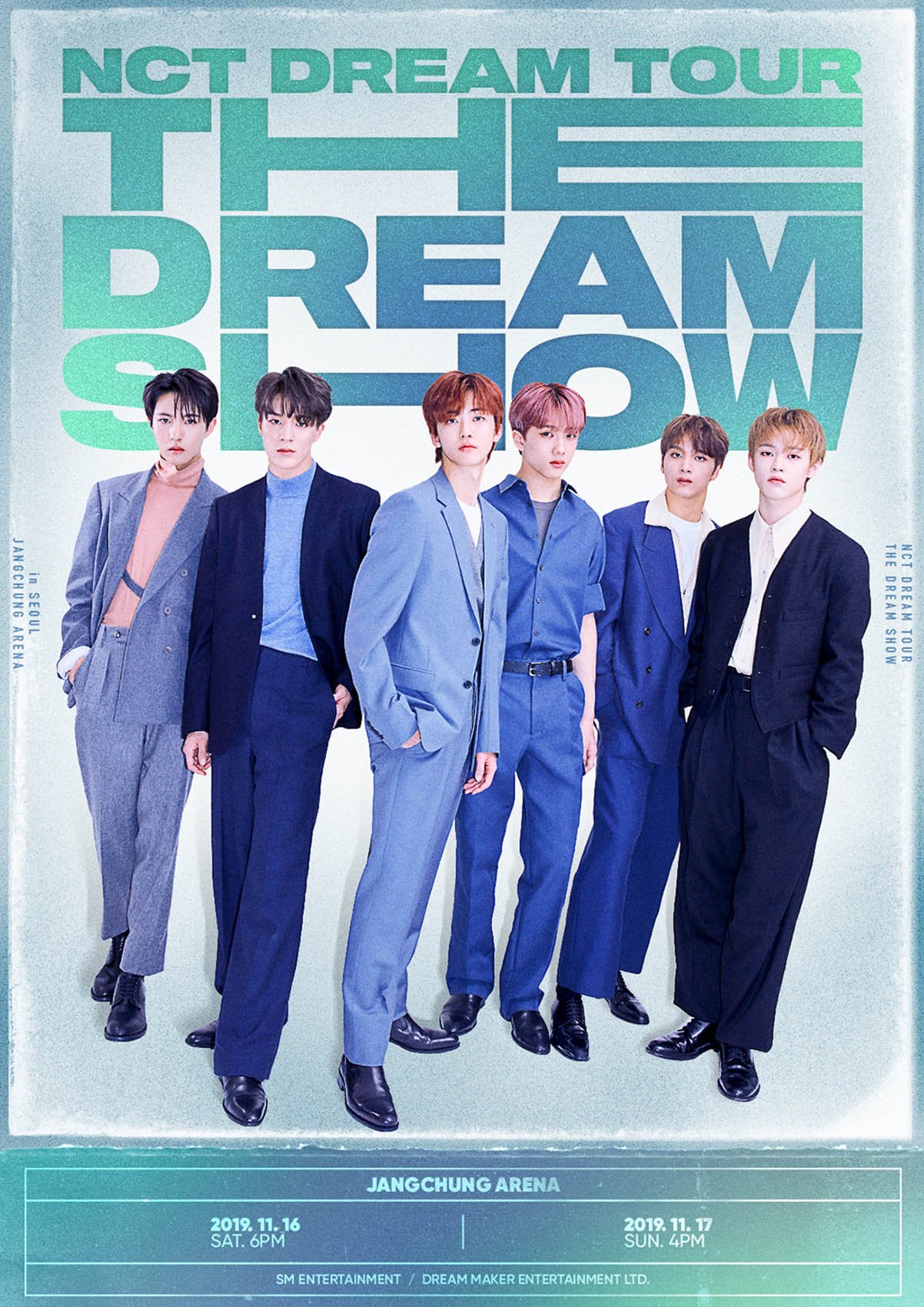